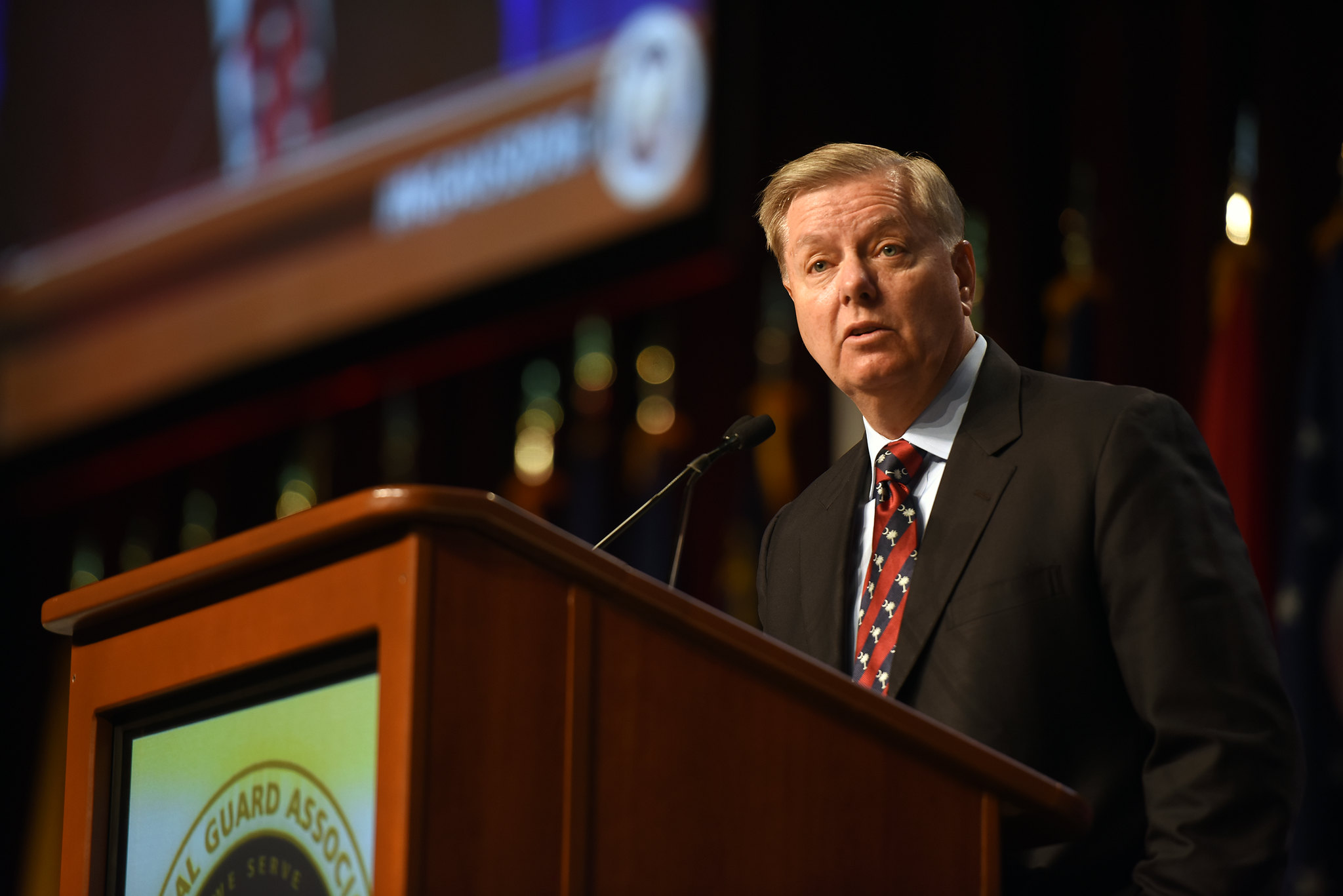 South Carolina’s top “Republican” elected officials will gather at a “Faith, Family and Freedom” dinner in Dorchester county next week, according to an advisory issued by the local party.

Graham’s appearance comes at a time when many local GOP parties are censuring him for his recent support of a massive $1.2 trillion “infrastructure” bill championed by U.S. president Joe Biden and Democrats in Washington, D.C. Just yesterday, in fact, Graham was censured by another local party for voting “three times” with Democrats to move the bill forward.

According to the text of a resolution unanimously approved by Calhoun county Republicans, supporting Biden’s infrastructure bill “is tantamount to supporting the socialist Marxist agenda of House and Senate Democrats who are using climate change as a way to force businesses and private citizens into tyrannical government compliance.”

“This bill fails to address border security, sets no limits to the fiscal impact of ‘Green Infrastructure’ and dramatically degrades the rights of existing American businesses,” the resolution continued.

As for Mace (above), like former South Carolina governor Nikki Haley she continues to struggle with the conservative base of the party after the first-term congresswoman displayed what many believe was insufficient loyalty to former president Donald Trump following the mob violence that went down at the U.S. capitol on January 6, 2021.

Mace ripped Trump in no uncertain terms for his alleged role in inciting that violence, but shortly thereafter changed her tune.

More recently, conservative Republicans (including Trump, I am told) were miffed to learn of Mace’s participation in several fundraising events with U.S. congresswoman Liz Cheney, the former president’s top target for defeat in the 2022 election cycle.

This week, I reached out to several sources familiar with these Mar-a-Lago musings to see whether the ice had thawed for Mace in Trump-world.

As for McMaster, things appear to be steadying for him as he begins his 2022 politicking in earnest – although it remains to be seen whether he will face another challenge from Upstate businessman John Warren.

Wilson, meanwhile, has seen his profile expand considerably in recent weeks due to his starring role in the ongoing debate over government-imposed mask mandates and so-called “vaccine passports” in the Palmetto State. Of all those appearing on the Dorchester stage, my guess is Wilson likely enjoys the most “cross-spectrum” GOP support.

While “Republican” infighting is at an all-time high, local party chairman Steven Wright – who is organizing this event – sounded a note of unity.

”We look forward to hosting governor McMaster, attorney general Wilson, senator Graham and congresswoman Mace,” Wright told me. “The 2022 midterms are going to be pivotal in determining the future of our state and nation. Over the last eight months we have seen firsthand the negative consequences of a unified democrat government in Washington. It is imperative we support our Republican candidates up and down the ballot. All the funds raised from this event will go directly into our 2022 victory program.”

by Will Folks
Will FolksFebruary 7, 2022February 11, 2022
South Carolina Politics