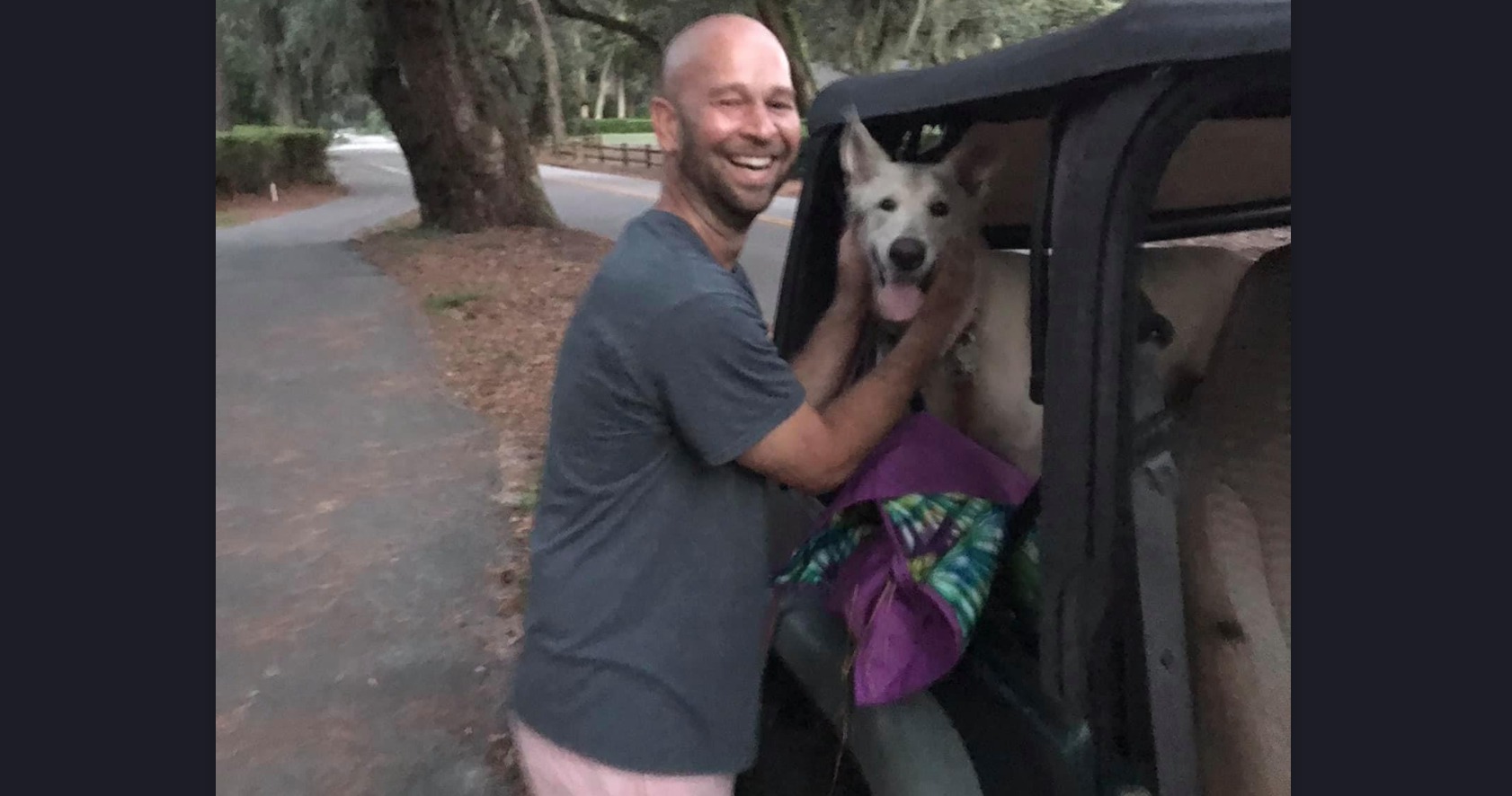 After she jumped out of her owners’ Jeep in May, a white German Shepherd named Luna captured the hearts of hundreds while she ventured aimlessly around the Sea Pines Resort on Hilton Head Island all summer long.

On Friday morning, after three months of tireless effort, collaboration and strategic planning from the Beaufort County Animal Services and Hilton Head volunteers, Luna was finally reunited with her parents.

“It was an amazing thing to witness,” Sea Pines resident Andrew Cook told FITSNews. He called it “a true miracle.”

Cook noticed that most mornings, he’d spot Luna during his 6 a.m. run around Harbour Town. He relayed this information to animal control.

Luna’s parents, who were working with Beaufort County Animal Services, were set up at the tee box on the 11th green of Harbour Town Golf Links Friday morning.

“She walked right up to them and squealed she was so happy,” Cook said. “I was almost in tears after watching her all summer and worrying about her. It was incredible to see.”

Like so many other Hilton Head residents and vacationers, Cook was following Luna’s Sea Pines adventures on Facebook all summer.

“Everyone was worried about her,” he said.

Nearly 400 people joined a group on Facebook that was specifically designated for Luna sightings.

She galloped freely across Sea Pine’s wide beaches, several times. She rolled in the bunkers of Harbour Town Golf Links. She trotted up and down the pristine streets of Sea Pines. She munched down on CQ’s Restaurant scraps.

She survived Tropical Storm Elsa, which hit Hilton Head in early July. She also managed to evade alligators all summer — which is a feat for a loose dog in Sea Pines.

Hundreds of people spotted Luna throughout the summer, but before Friday, no one was successful in capturing her.

Beaufort County Animal Service experts were strategic in their endeavor to catch Luna. Earlier this summer, they caught Bruno, another White German Shepard in Palmetto Dunes.

Joanne Hammer, who volunteered in the search for Luna, thanked Beaufort County Animal Services “and the many volunteers who tirelessly worked to feed Luna, provide fresh water, camp out all night” on Facebook Friday.

They set up food stations and traps complete with rotisserie chickens and cameras. They made posters. They carefully followed her movement patterns and devised a plan which ultimately worked.

“We all fell in love with you, sweet Luna,” Hammer said on Facebook.

Hilton Head residents were overjoyed to hear the good news about Luna.

“She was in all of our hearts for over three months,” one person said. “She’s a survivor.”