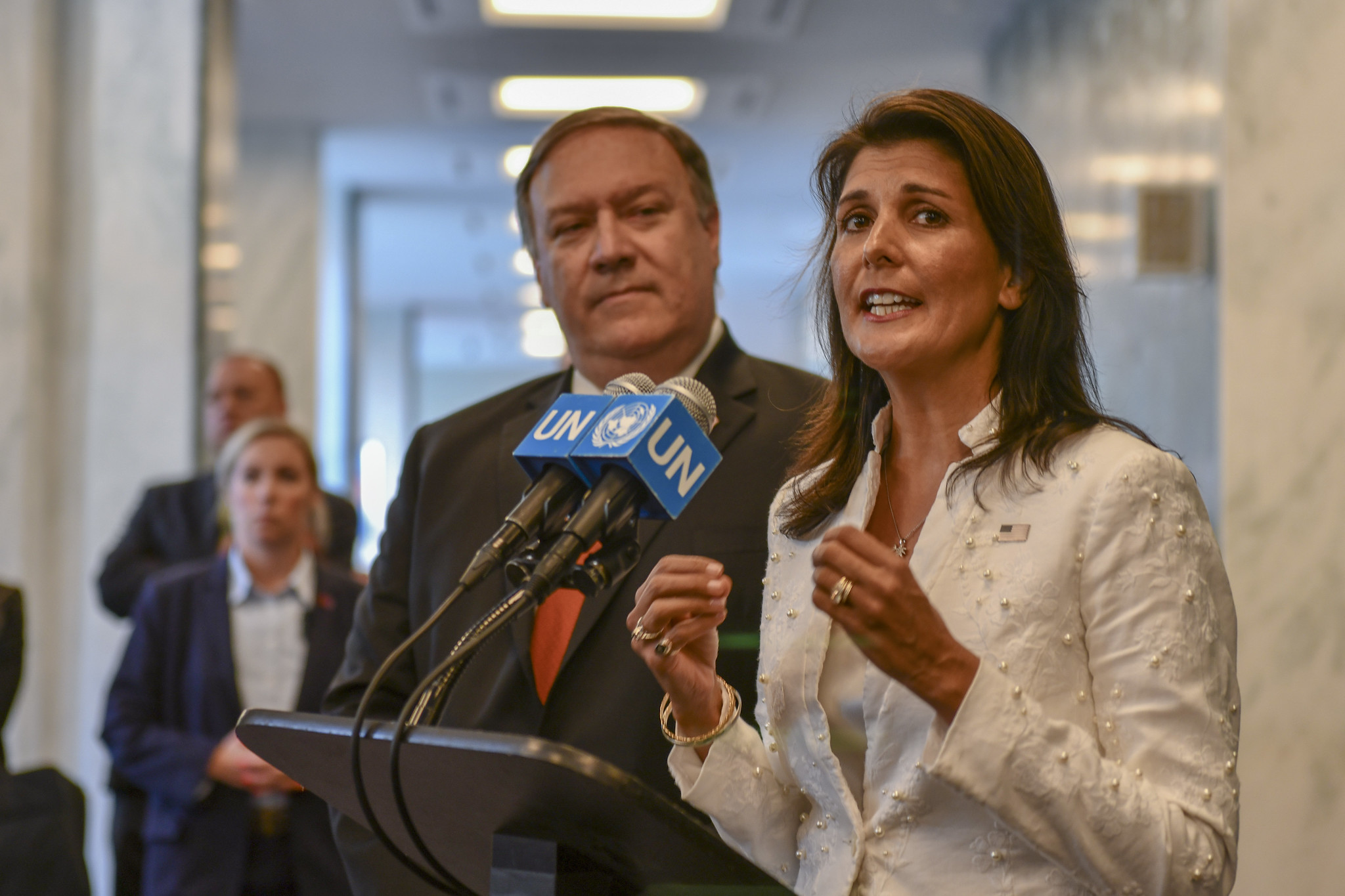 This news outlet continues to believe former United Nations’ ambassador Nikki Haley’s recent dust-up regarding the Confederate Flag was cover for another, bigger story … one the national press appears to have completely missed.

But since the mainstream media isn’t about to dial it down on anything involving the flag, Haley is on the receiving end of some fresh grief this week for her statements that “people saw (the flag) as service, and sacrifice and heritage” prior to it being “hijacked” by racially motivated mass murderer Dylann Roof, the perpetrator of the 2015 Holy City Massacre.

Roof killed nine black parishioners at the historic Mother Emanuel church in Charleston, S.C. on June 17, 2015 – including S.C. senator Clementa Pinckney, one of the church’s pastors. His act of racially motivated violence – which Haley has claimed gave her post-traumatic stress disorder – prompted South Carolina state lawmakers to remove the Confederate flag from the grounds of the S.C. State House.

Haley, who was governor of South Carolina at the time, signed the bill to bring the flag down … but that was after she flip-flopped on the issue.

In the immediate aftermath of the shooting, Haley resisted calls to remove the banner. In fact, according to Zaid Jilani of Alternet, she “dodged the question, refusing to give her personal opinion, and seemed to imply that a debate over the flag would be too traumatizing for her state.”

“At a time like this, you have to look back at what we’ve done,” Haley told CBS two days after the shooting, standing outside Mother Emanuel church. “Fifteen years ago the General Assembly at the time they had a conversation. The Republicans and Democrats and everybody came together on a consensus to bring the Confederate flag down off of the dome.  And they put it on a monument out in front.”

Pressed as to whether she thought a new compromise was in order, Haley again demurred.

“I think the state will start talking about that again,” she said. “We’ll see where it goes.”

Prior to that, Haley actively rebuffed efforts to bring the banner down.

In contrast to Haley’s vacillation, we were the very first outlet in the state to call for the banner’s removal following the massacre – an editorial position that enraged many of our readers.

According to reporter Sridhar Natarajan of Bloomberg, employees at Goldman Sachs are recoiling at Haley’s latest flag comments – “complaining to executives over a scheduled appearance” by Haley at the investment firm’s New York offices on Wednesday.

Some Goldman employees wrote the company’s president – John Waldron – asking him to cancel Haley’s appearance. Waldron declined, but his office sent a message back to the disgruntled employees promising that he would “ask Ambassador Haley to address her recent comments on the Confederate flag” and promising to “share the sentiments of you and others in our community.”

Our view? As we noted in our original treatment of this issue, we believe Haley “did a pretty good job balancing” competing perspectives on the flag – however, we added that “the flag is such a contentious, divisive topic of conversation there is little benefit to be derived from wading into a discussion about it.”

Impeachment Math: Do The Democrats Have The Votes?