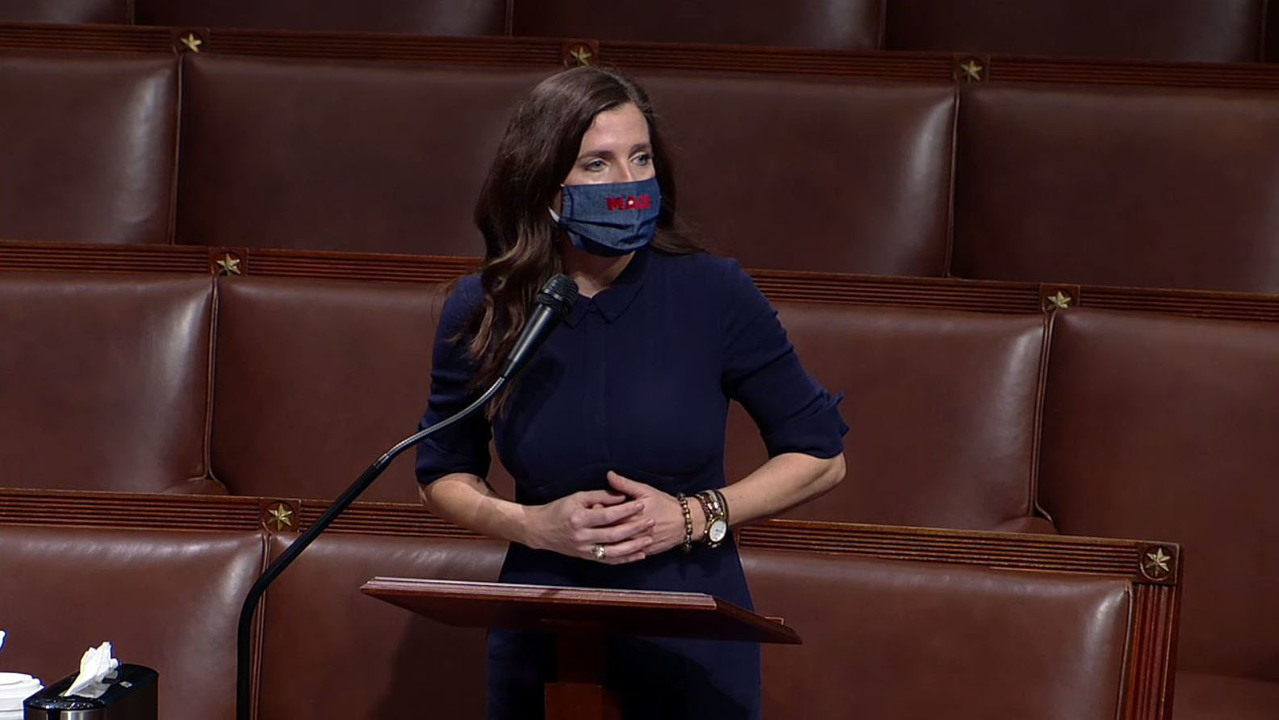 While staunch supporters of former U.S. president Donald Trump continue to court a high-profile challenger to run against newly elected congresswoman Nancy Mace next spring, one Republican aspirant isn’t waiting around for all the maneuvering …

We are referring to Lynz Piper-Loomis of Charleston, S.C., who told us this week that she intends to announce her candidacy for the first congressional district seat “soon.”

Piper-Loomis is a caregiver to her husband – a veteran who was wounded while fighting overseas.

In 2019, she was selected to represent the Elizabeth Dole Foundation – an organization which works “with leaders in the public, private, nonprofit and faith communities to recognize military caregivers’ service and promote their well-being.”

In her work with the Dole foundation, Piper-Loomis (above) serves as an ambassador for the group as well as a representative of military caregivers in the Palmetto State and across the nation.

A quick scan of Piper-Loomis’ Instagram page reveals that she is a devout Trump supporter – right down to her bedroom slippers.

Assuming she follows through on her plans, Piper-Loomis would become the first announced GOP primary opponent against Mace – who has enraged conservatives (and many Trump supporters) during her first three months in our nation’s capital.

Specifically, Mace infuriated Trump backers earlier this year when she blasted the former president for his conduct during the bloody U.S. capitol riot on January 6, 2021. She quickly tacked back to MAGA-land, though, similar to the course correction attempted by former U.N. ambassador Nikki Haley.

Neither politician has been welcomed back with open arms, however …


Ideology aside, Mace has also drawn scrutiny – and criticism – over her yet-to-be-defined “single mother” claim, which she has made a central part of her political narrative.

Taken together, these stumbles have negated the potential political value of Mace’s high-profile (albeit sophomoric) spat with liberal lightning rod ideologue Alexandria Ocasio-Cortez – a dust-up which has made her a favorite of establishment “Republicans” in Washington.

Of those two, Arrington – who has enjoyed a decorated career as a cybersecurity analyst for the U.S. Department of Defense (DOD) – strikes us as the more formidable option. After all, she narrowly lost this seat to Democrat Joe Cunningham during an election that tilted the balance of power in Washington decidedly to the left.

Mace barely won the seat in a GOP wave …

More importantly, Arrington has extensive campaign infrastructure already in place – giving her a leg up on other prospective challengers.

One thing is clear, though … Mace will be challenged next spring.

Despite her early stumbles, our founding editor Will Folks – who worked with Mace for several years – still maintains she will eventually emerge as a consistently credible representative in Washington. According to Folks, Mace’s “issues matrix” – which is heavy on pro-freedom, pro-free market views – aligns well with conservatives and moderates alike.

However, she needs to learn how to brand herself to these constituencies without needlessly alienating broad swaths of their members – and without getting too cute with the “identity politics” game.

Oh, and Mace should probably work on limiting unforced errors like this …