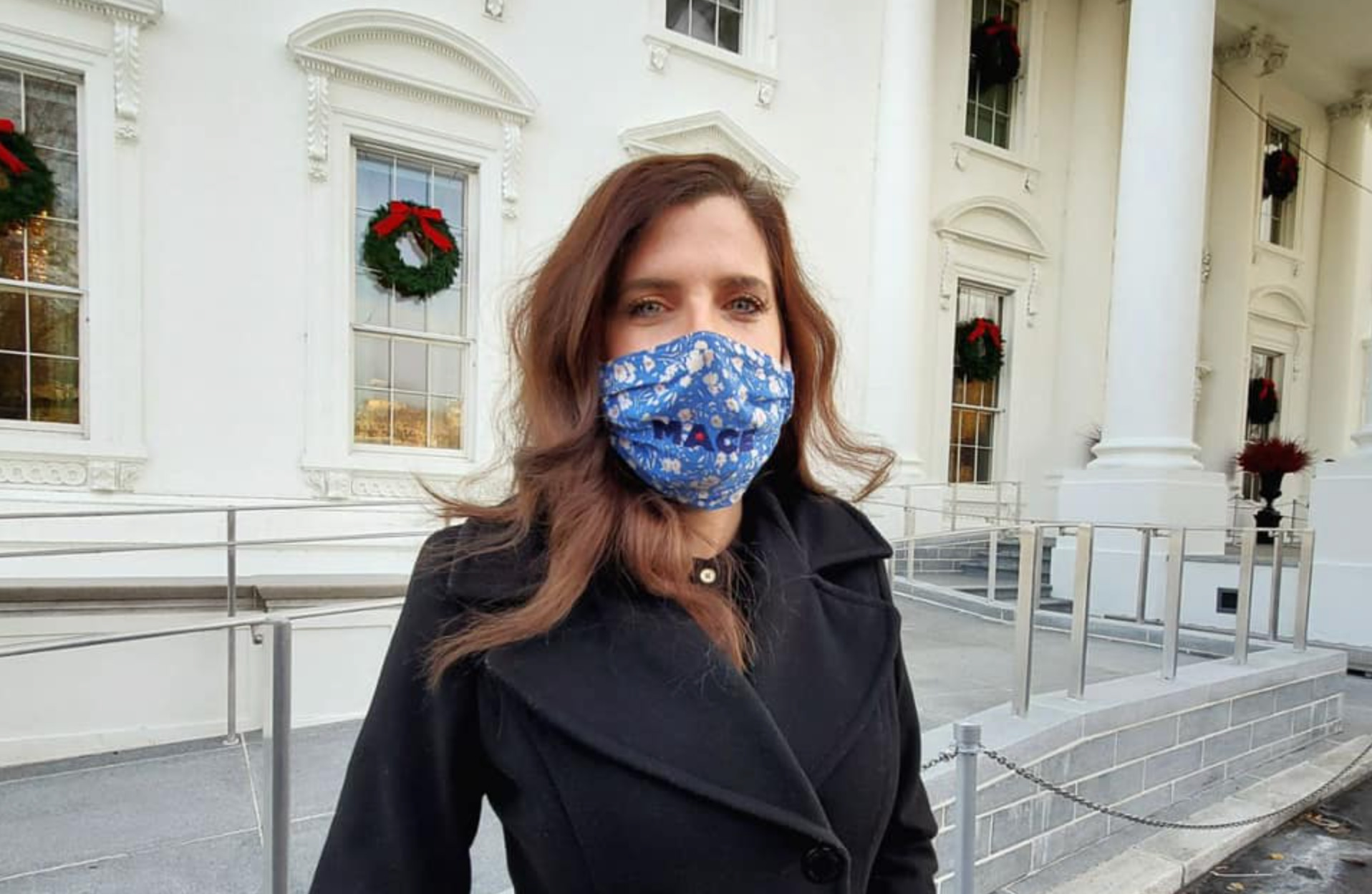 So to be clear: I’m not exactly sure what a “paleolibertarian” is. Nor am I entirely up to speed on the definition of “verbal swordplay.” To me, the former sounds like a species of dinosaur, while the latter sounds … well, kind of kinky.

Anyway, these are the self-applied labels of author Ilana Mercer, whose work has been featured on American Thinker, The Daily Caller and other conservative websites.

Mercer has also been featured by the Mises Institute, which is named after Ludwig von Mises – a famed Austrian school economist and one of the founding fathers of the modern libertarian movement.

Earlier this month, Mercer published a provocative piece on her own website. Its focus (well, one of them)? Nancy Mace – a newly elected member of the U.S. Congress whom I have criticized (perhaps too vehemently) in recent weeks for political vacillation.

According to Mercer (above), Mace is a “Republican rotter” – one of many GOP leaders who lack the courage of the party’s stated convictions.

“The defining difference between Democrats and Republicans is this: Republicans live on their political knees,” Mercer wrote. “They apologize and expiate for their principles, which are generally not unsound. Democrats, conversely and admirably, stand tall for their core beliefs, as repugnant as these mostly are.”

Mercer was especially disappointed in Mace over her response to the violent rioting which rocked the U.S. capitol on January 6, 2021.

“With the dizzying speed of a whirling dervish, the Republican representative from South Carolina rushed to make a name for herself posing as a heroic ‘survivor’ of January 6,” Mercer wrote.

Well … until the worm turned, anyway.

But Mercer reserved her most incisive criticism of Mace – whom she derisively referred to as a “Beltway Babe” – for the latter’s description of herself as a “single mother.”


“Having joined the Democrats in peddling her ‘harrowing’ experience during the January 6 incident, Mace, a middle-class young woman, proceeded to use lefty language for political leverage, to describe her familial situation,” Mercer wrote. “For the purpose of self-aggrandizement and drama, Nancy kept calling herself a ‘single mother.'”

But wait … isn’t Mace a single mother? Isn’t that accurate?

Not according to Mercer …

“A single mother is a term the Left, and now the thoroughly co-opted Right, has adopted to glorify unmarried mothers and fatherless ‘families,'” Mercer wrote. “It was meant to excise the father from the picture and undermine the nuclear family.”

With that, though, Mercer invites her readers to “give it up, please, for the man who made the Mace kids … her ex-husband, Curtis Jackson, whom Nancy Mace divorced in 2019.”

Wow. Talk about pulling no punches …

You know, my instinctive response upon reading such criticism is to recoil at any attempt to bring people’s personal lives (or their families) into a political or ideological discussion. Especially people’s children.

Something about it just seems … unseemly.

Of course, the flip side of that coin is that many politicians routinely exploit their families – or use their familial status – as a political selling point. In fact, it often becomes part of their core political messaging – something they calculatingly leverage for electoral advantage.

I know something about this having worked for a former South Carolina governor who never missed an opportunity to talk about his and his wife’s “four little boys” as being the driving force behind his public service.

Until the illusion collapsed, anyway …

In other words, if Mace (above) is going to make her “single mother” status a prominent part of her political messaging – which she has undeniably done – aren’t critics like Mercer entitled to pick it apart?

Also, while Mercer siloed her “single mother” broadside against Mace – raising it alongside (but not apropos of) the latter’s positioning within the GOP’s escalating civil war – is it not reasonable to assume elected officials who aren’t quite what they claim to be in their personal lives might be similarly malleable in the public arena?

As someone who worked alongside Mace for several years, I know how smart she is – and how hard she works. And as I’ve often noted (even in criticizing her of late) I have no doubt she will wind up being “a consistent pro-liberty, pro-prosperity vote” in the U.S. Congress – with a record that should make von Mises (and hopefully Mercer) proud.

And that is what matters … not the Beltway dramas in which she has recently become embroiled. Or the identity politics game she (and her critics) seem intent on playing at the expense of issues that impact the lives of voters.