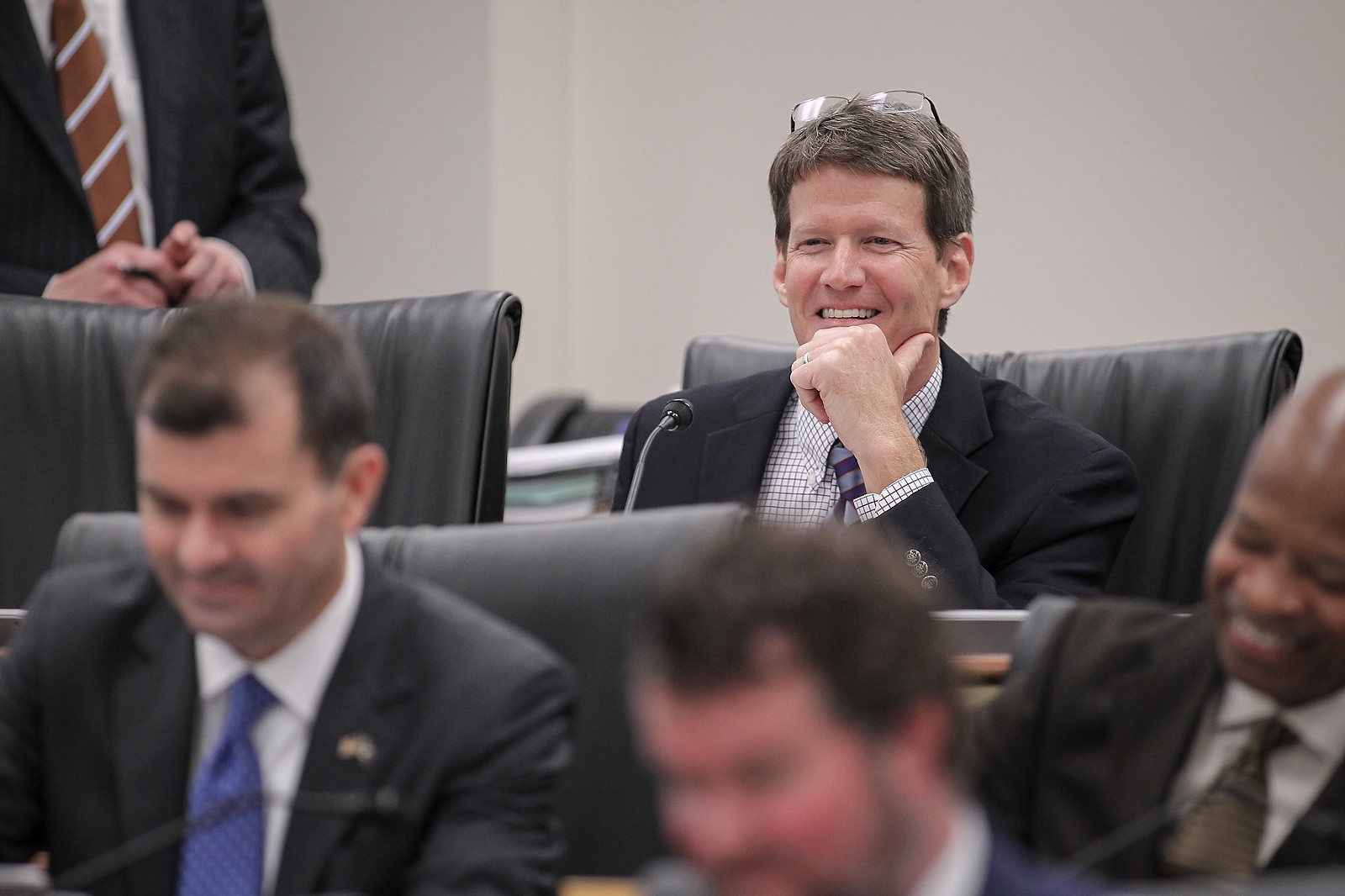 A few weeks ago, this news outlet penned the definitive column exposing the ongoing hypocrisy of powerful S.C. Senate judiciary committee chairman Luke Rankin. For those of you who missed it, Rankin is engaged in an ongoing vendetta against Florida-based NextEra Energy over the company’s alleged involvement in his 2020 primary election.

Well, we thought we had penned the definitive column … it turns out we missed something very important.

First, some background: NextEra submitted the winning offer last February to purchase the Palmetto State’s debt-addled, atrociously managed power provider Santee Cooper – which is billions of dollars in debt after Rankin and fellow “Republican” lawmakers pushed its participation in NukeGate, the botched construction of a pair of since-abandoned nuclear reactors in Jenkinsville, S.C.

Rankin is thick as thieves with Santee Cooper, and bears more responsibility than any other member of the S.C. General Assembly for this command economic disaster – which has set South Carolina ratepayers and taxpayers back more than $10 billion.

Astoundingly, Rankin now fancies himself as the leader of an effort to “reform” this rogue bureaucracy – although as we have pointed out repeatedly over the last few months, the financial assumptions associated with these Santee Cooper reform plans have completely imploded.


Bottom line? Santee Cooper simply has too much debt … and its latest fiscal pronouncements prove conclusively that its only pathways forward are more debt or massive rate hikes on consumers.

Neither of which is sustainable …

Anyway, in addition to his Santee Cooper connections, Rankin is convinced NextEra worked against him in his 2020 primary win over John Gallman – which is why he has embarked on a jihad against the company.

Specifically, Rankin wants NextEra to give his committee virtually every piece of paper or electronic communication in the company’s possession related to Santee Cooper dating back to July 31, 2017 (the day NukeGate detonated) – and has slammed the company for understandably declining to do so.

As part of that effort, he has unleashed his fellow Democratic senator Dick Harpootlian on the utility … with the bombastic lawmaker vowing to block the sale of Santee Cooper to NextEra if the latter fails to comply with Rankin’s demands.

Obviously, NextEra is a private company – and as such it doesn’t have to turn over anything it isn’t required to disclose as a regulated utility.

Rankin knows this, of course … but he’s not looking to make a legal case against NextEra. He’s trying to score political points in the hopes of keeping Santee Cooper under state (i.e. his) control. And to exact “revenge.”

The problem? Rankin doesn’t have a leg to stand on in this fight … be it related to Santee Cooper or his war against NextEra. That’s because Rankin and his allies routinely rely on secrecy … even when conducting the public’s business.

In our last story, we explored how Rankin led the charge to reauthorize a controversial 2009 municipal tax hike in Myrtle Beach, S.C. This legislation not only extended a dubious “tourism tax” through 2029, it stripped local citizens of their right to vote on the tax increase for the next decade-and-a-half.

This tax hike directed a recurring stream of taxpayer funds directly into the coffers of the ethically challenged Myrtle Beach Area Chamber of Commerce (MBACC) – one of Rankin’s strongest institutional allies along the Grand Strand.

Despite receiving this recurring taxpayer appropriation, MBACC is not required to comply with the state’s Freedom of Information Act (FOIA) laws.

Also, Rankin and his fellow lawmakers do not require anything resembling the same level of disclosure sought from NextEra when they give away billions of tax dollars to wealthy corporations as part of the state’s demonstrably failed crony capitalist approach to “economic development.”

In exposing the extent to which Rankin is a hypocrite on this issue, however, we neglected to point out arguably the most compelling argument to be made against him … the fact that all of his government emails are hidden from public view.

That’s right, the legislative branch of government in South Carolina is exempt from complying with FOIA – a loophole famously exploited by former governor Nikki Haley during her tenure in the S.C. General Assembly from 2004-2011.

This news outlet has argued for more than a decade that lawmakers should be required to comply with FOIA. After all, lawmakers in South Carolina wield far more influence over people’s daily lives than members of the executive or judicial branches … which makes the case for disclosing this information all the more compelling.


Unfortunately, Rankin and his fellow lawmakers continue to hide behind this exemption – refusing to allow citizens to see their government emails. Also, they habitually conduct public business on private email accounts – another way of evading transparency.

So to recap: Rankin wants to force a private company to disclose its internal correspondence … but doesn’t think taxpayers have a right to see how he is conducting their business?

Once again, this proves what we have said from the beginning about Rankin’s vendetta – namely that it is the act of a desperate politician eager to keep the focus off of a failed utility that has been mired in scandal after scandal in recent months. And which is in a financially untenable situation … as evidenced by Santee Cooper’s recent acknowledgement that it will need $100 million in “new money proceeds” by the fourth quarter of the year just to stay afloat.

Does that sound like a winning bet to you?

Our view on Santee Cooper has remained unchanged for the past thirteen years, which is when we first called on state lawmakers to sell the utility “with all profits accruing to the general fund.” Had lawmakers done what we suggested at the time, the state would still be reaping the rewards – and never would have accumulated billions of dollars in NukeGate-related debt.

Nikki Haley’s PAC Will Be Run By GOP Establishment Insider