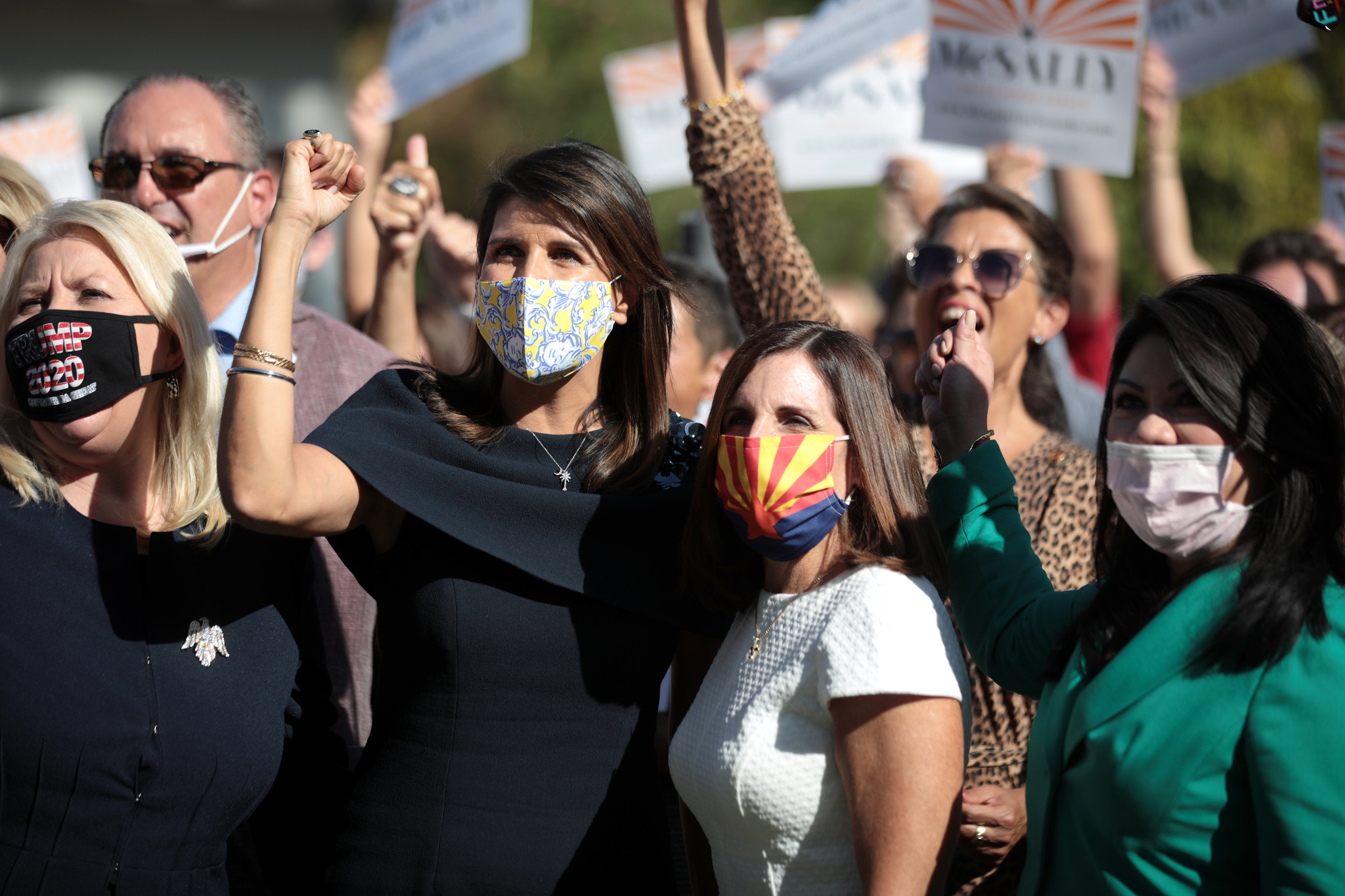 Haley, 49, formed her PAC last month … and it has already made waves (albeit not the ones Haley was looking to make, we’re guessing).

Nevertheless, Stand for America claims it is focused on protecting “founding ideas and American values.”

Hmmm … never mind that the only “capitalism” Haley has ever stood up for is that of the “crony” variety.


Anyway … tasked with the management of Haley’s up-and-coming enterprise is former National Republican Senatorial Committee (NRSC) political director Betsey Ankney. Two years ago, Ankney was recognized by Politico as one of the operatives on its “Power List.”

The 33-year-old Toledo, Ohio native has previously worked for U.S. senator Ron Johnson of Wisconsin and former Illinois governor Bruce Rauner – the latter of whom was soundly defeated in his reelection bid in 2018.

In 2016, the American Association of Political Consultants (AAPC) named Ankney as its “campaign manager of the year” for her work with Johnson – whose victory was cited (by Ankney) as the critical component in former U.S. president Donald Trump’s narrow win in America’s Dairyland that year.

“Donald Trump would have not won Wisconsin if it wasn’t for Ron Johnson’s victory,” Ankney told Politico, boasting of how her candidate helped Trump with “reverse coattails in Wisconsin.”

Hmmmm … sounds like she and Haley have a lot in common.

“We are focused on winning back the House and Senate in 2022,” Haley said in confirming Ankney’s hiring to Axios, which broke the story earlier this week. “Betsy is strong, experienced, and is as determined as I am to recruit new voices, support strong conservatives, and grow our party.”

Never mind that the NRSC presided over the loss of the U.S. Senate in the 2020 election cycle …

Anyway, Ankney told Axios’ Alayna Treene that Haley’s new group would be active in upcoming races as the GOP sought to rebrand itself in the post-Trump era (to the extent there is one).

“It’s more important than ever that we have solutions-oriented conservative leadership to help grow our party and counter the disastrous effects of total Democrat control,” she said.

Is Haley providing such “solutions-oriented” leadership, though?

After all, Beltway insiders have panned her nascent presidential profile as an exercise in intellectual incuriousity …


“She is reduced to hollering about socialism,” columnist Jennifer Rubin of The Washington Post wrote of Haley in December. “Perhaps with an eye on 2024, she figures nonsensical accusations are the way to gain favor in her intellectually vacant party.”

At the other end of the spectrum, we saw another example last month of the disdain with which Haley is viewed by the conservative movement.

“Nikki Haley is a social-climbing political opportunist whose most deeply held political belief is Nikki Haley,” wrote Christopher Bedford for The Federalist.

Navigating this divide has continued to prove … well, “Trikki.”

Bottom line? Ankney has her work cut out for her in guiding Haley’s PAC through a badly divided GOP … although as we have previously pointed out, Haley remains firmly ensconced among the top tier of 2024 presidential candidates due to the fact she is an Indian-American female with a solid base of neoconservative and wealthy Israeli support.