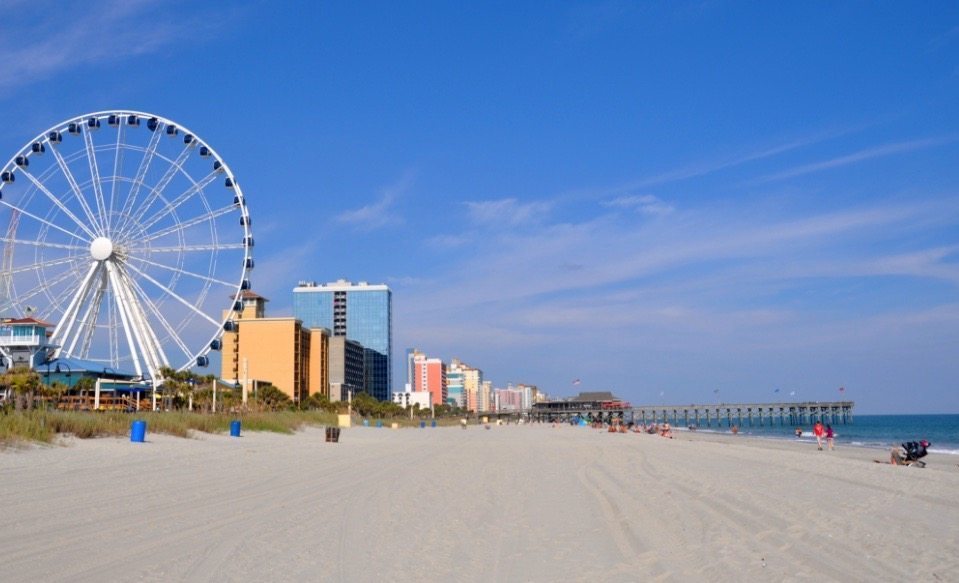 This website generally finds itself ripping on the S.C. House ways and means committee and its chairman, fiscal liberal Brian White.  Hell, we were ripping on White earlier this month (and deservedly so).

Today, though, we’re crediting White and his panel for amending a tax hike reauthorization bill that’s being pushed by a trio of “Republican” State Senators from Horry County.

Fiscally liberal S.C. Senators Luke Rankin and Ray Cleary recently joined Senator Greg Hembree in sponsoring S. 1122 – a local option sales tax “reimposition” bill.  This legislation sailed through the S.C. Senate without anyone bothering to notice that it stripped voters across the Palmetto State of their right to reauthorize sales tax increases related to tourism.

(Once again, this website has consistently opposed the use of any tax revenue on tourism marketing).

Fortunately, White and his panel noticed the potentially disastrous impact of the bill – and amended it to make sure that, in the future, only “a majority of qualified electors voting in a referendum” could reauthorize tax hikes.

Rankin, Cleary and Hembree’s version of the bill would have allowed a supermajority of the local municipal council to reauthorize the tax increases – cutting the voters out entirely.

It’s not surprising that fiscal liberals from South Carolina’s coast were pushing this attempted end-around.  After all, the tax hike they passed in 2009 remains one of the most troubling – and unresolved – local scandals we’ve ever covered.

“When it was first passed through an ordinance approved by a supermajority vote of Myrtle Beach City Council in 2009, the local option tourism development fee became the first and only local option sales tax (that’s what it is) to be enacted in the history of the state without a referendum vote of approval,” noted reporter Paul Gable, Jr. of Grand Strand Daily.  “The result of the tax is the Myrtle Beach Area Chamber of Commerce receives over $20 million public tax dollars each year to spend on out of area tourism advertising.”

Sound kosher?  Of course not …

“The Myrtle Beach City Council transferred the cost of marketing the area from the corporate budgets of the hotels, golf courses, restaurants and the like to a tax on the general public,” Gable added.

And if you think that’s corrupt … wait till you read how they did it.

We’ve said it before, we’ll say it again: Tourism marketing is the responsibility of those who profit from tourism – not taxpayers.  Also as we noted in this report last week, Myrtle Beach needs to be taking steps to make itself a more competitive destination – not a more costly destination.

Anyway, this website commends White and his panel for amending this short-sighted Senate bill and restoring the authority for such local tax hike reauthorizations back to the people.