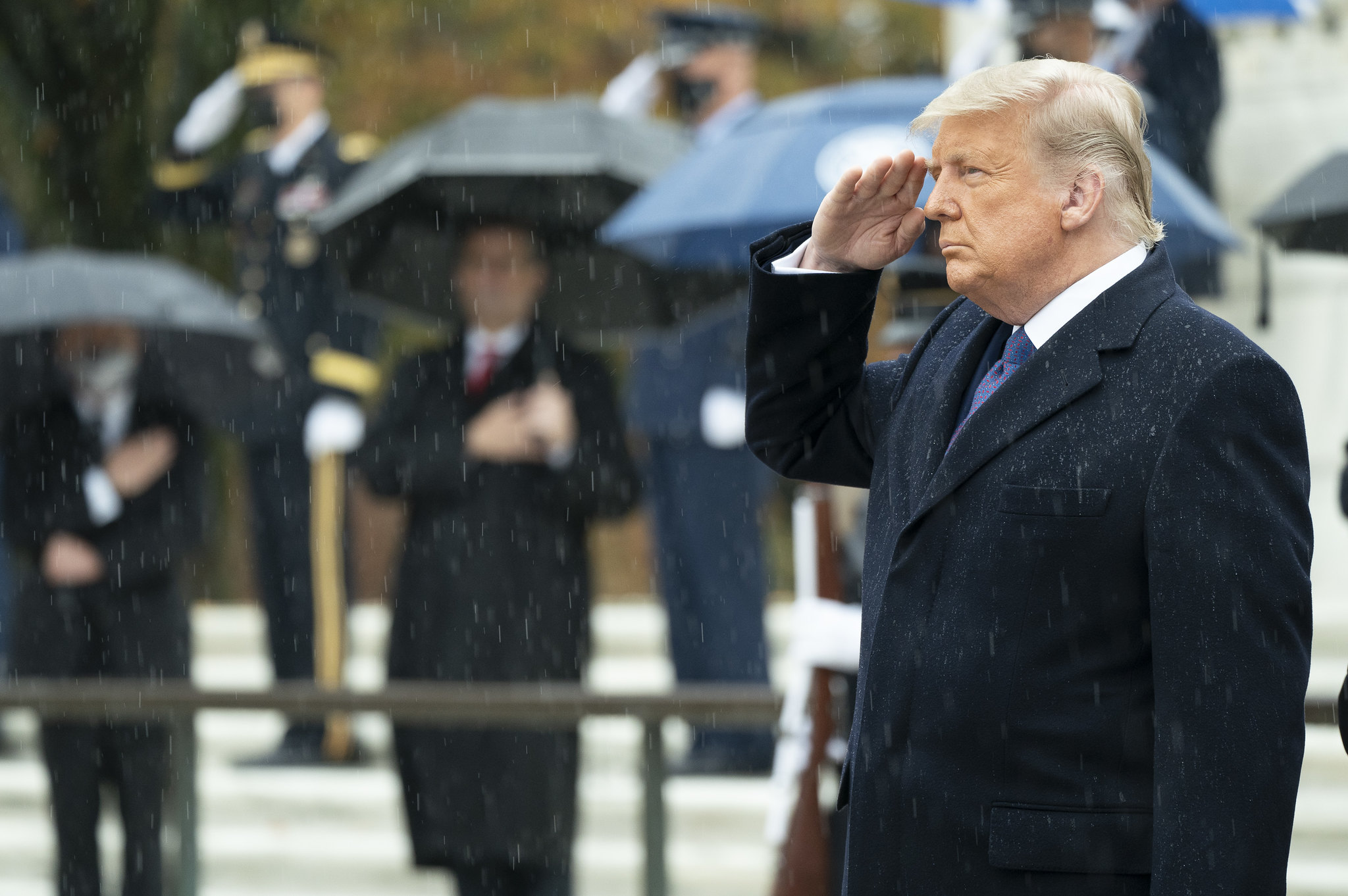 This news outlet has taken a wait-and-see approach regarding claims of widespread voter fraud made by U.S. president Donald Trump and his allies in the aftermath of the November 3, 2020 election. We have also criticized those seeking to slam the door on a thorough investigation of these claims – arguing such a move is a subversion of democracy.

Why? Because no matter who you voted for, nothing is more central to the sustainability of our Republic than the integrity of the ballot.

And in an era of fake news, fake polls and increasingly Orwellian thought policing … we really need something we can count on.

As of this writing, Trump – the GOP incumbent – appears to have been narrowly defeated in four key swing states by Democratic presidential nominee Joe Biden. Assuming these narrow margins stand, Biden would win more than enough electoral votes to become the nation’s 46th president on January 20, 2021.

Trump has yet to concede the election, which mainstream media outlets called for Biden on November 7, 2020. In fact, he has ramped up his claims of fraud over the past two weeks.

“In certain swing states, there were more votes than people who voted, and in big numbers,” the president tweeted late Sunday. “Does that not really matter? Stopping poll watchers, voting for unsuspecting people, fake ballots and so much more. Such egregious conduct. We will win!”


As previously reported, the U.S. Department of Justice (DOJ) has launched a nationwide investigation into alleged voting irregularities, although as we noted in covering this inquiry Trump and his allies “have yet to put forth an evidence-based narrative supporting their contention that fraudulent votes provided Biden with his winning margins.”

Certainly there is plenty of smoke … but the burden of proof lies with Trump and his attorneys to show us the fire.

“Barring clear and compelling evidence to the contrary, we presume the current electoral returns are valid,” we noted recently. “However, this presumption of validity must be accompanied by a rigorous inspection of all ballots in these battleground states – along with a thorough investigation of all credible allegations of tampering, box-stuffing, ‘glitches’ and other voting irregularities.”

“When we kept pressing, she got angry and told us to stop contacting her,” Carlson said last Thursday. “When we checked with others around the Trump campaign, people in positions of authority, they told us Powell has never given them any evidence either.”

Carlson was eviscerated by Trump backers – prompting him to revisit his remarks the following day.

“It doesn’t mean it didn’t happen,” he said on Friday, referring to fraud allegations raised by Powell. “It might have happened. It means they haven’t seen any evidence that it happened. And by ‘they,’ we are including other members of Donald Trump’s own legal team.”

On Saturday, Powell raised the stakes again – telling Newsmax that Trump attorneys were preparing to file a “biblical” legal action.

“We’ve got tons of evidence; it’s so much, it’s hard to pull it all together,” Powell told the outlet. “Hopefully this week we will get it ready to file, and it will be biblical. It’s a massive project to pull this fraud claim together with the evidence that I want to put in.”

“Georgia is probably going to be the first state I’m gonna blow up,” Powell told Newsmax.

She also alleged foreign interference in the election by a host of foreign “communist” interests.

In the aftermath of these dramatic claims, however, Trump parted ways with Powell.

“Sidney Powell is practicing law on her own,” Trump’s personal attorneys Rudy Giuliani and Jenna Ellis announced on Sunday. “She is not a member of the Trump legal team. She is also not a lawyer for the president in his personal capacity.”

“I agree with the statement today,” Powell responded, according to her own remarks published in The Wall Street Journal. “I will represent #WeThePeople and seek the Truth. I intend to expose all the fraud and let the chips fall where they may. We will not allow the foundations of this great Republic to be destroyed by abject fraud.”

Powell went on to say in a follow-up statement that she planned to file a suit regardless.

“The evidence I’m compiling is overwhelming that this software tool was used to shift millions of votes from President Trump and other Republican candidates to Biden and other Democrat candidates,” she said. “We are proceeding to prepare our lawsuit and plan to file it this week. It will be epic.”

Honestly, at this point your guess is as good as ours. All we can say for the moment is this: If Trump’s attorneys have a credible, evidence-based case for the sort of widespread voter fraud they are claiming – they are not currently making it.

If Trump is to have any shot at overturning the reported results in these swing states, though, that must change. And quickly.