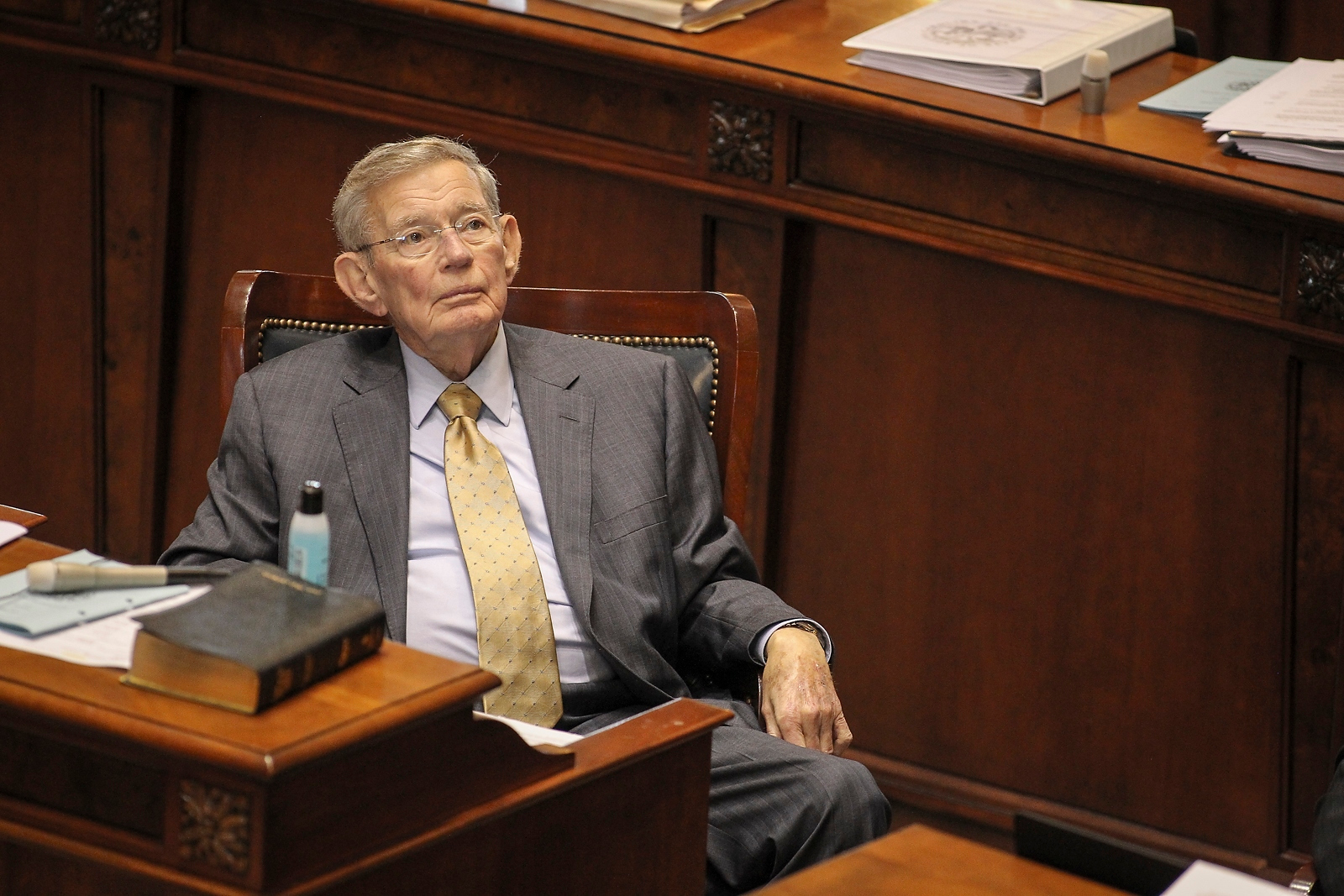 Powerful South Carolina Senate leader Hugh Leatherman has seen enough from the Palmetto State’s most notorious “rogue agency.” In fact, he is calling on the leader of government-run Santee Cooper  – which continues to defy lawmakers at every turn as it digs its debt hole even deeper – to step down from his post.

“I’m calling for Dan Ray’s resignation,” Leatherman said in a phone interview with reporters from The (Charleston, S.C.) Post and Courier, according to a report filed by Avery Wilks. “Let the governor appoint a chairman of that board who will be looking out for the people of this state and Santee Cooper customers. I think he needs to go. To the best I can determine, my colleagues in Columbia have the same feeling I do.”

As we reported earlier this week, S.C. House of Representatives speaker Jay Lucas blasted Santee Cooper and its governing board for its ongoing “failed culture.” He also echoed concerns about the utility’s latest borrowing schemes – which appear to violate state law as well as a recent court settlement restricting its accumulation of any additional red ink.

Specifically, Lucas accused Santee Cooper of “a lingering disdain for any oversight” and said its most recent borrowing campaign would “imperil the fiscal strength of Santee Cooper and threaten ratepayers with an inevitable rate increase to offset your poor decisions.”

Santee Cooper leaders have insisted they are availing themselves of favorable borrowing conditions – and maintain they are acting within the scope of the law.

No one seems to agree with that assessment, however …

According to Leatherman, Santee Cooper is in violation of a state law passed earlier this year aimed at preserving lawmakers’ ability to offload the embattled utility to the private sector should they choose to do so.

We believe he is correct on that point …

Furthermore, we believe Santee Cooper’s latest borrowing spree clearly violates the terms of a recent settlement with ratepayers that precluded the utility from taking on additional red ink to subsidize its so-called “rate freeze.”

To recap: Santee Cooper amassed billions of dollars in debt in connection with NukeGate – the botched construction of a pair of abandoned nuclear reactors in Jenkinsville, S.C.

Enabled by lawmakers, the government-run utility and its crony capitalist partner SCANA were supposed to have produced a pair of next-generation pressurized water reactors at the V.C. Summer nuclear power generating station in Fairfield county in 2016 and 2017, respectively.

Questionable transactions aren’t the only area in which Santee Cooper appears to be flouting the legislature.

Last month, we reported exclusively that Santee Cooper executives had ramped up discussions with a Georgia-based power company that lawmakers had expressly ordered them to stop negotiating with last fall.

Oh … and all of this is in addition to the agency ripping off citizens, bilking taxpayers and killings jobs as it continues to wage a government-funded war of misinformation within the S.C. General Assembly.

Santee Cooper insists it can “reform itself,” but recent events have thrown that contention into serious doubt … to the extent anyone believed the spin emanating from this habitually dishonest utility in the first place.

Again, this news outlet has consistently supported offloading Santee Cooper to the private sector. In fact, we championed such a move over a dozen years ago – when selling Santee Cooper would have netted the state billions of dollars.

State leaders are coming around to our way of thinking, with the governor telling reporters this week there is “no way” Santee Cooper can work its way out of its current debt hole and that “it would be a very positive thing for the state to sell that to a larger organization that could absolve that and make it work.”

Hopefully lawmakers will listen to him …

Irrespective of Santee Cooper’s fiscal position, though, government simply has no business being involved in the power generation business – as the failed NukeGate project has clearly demonstrated. Beyond that, Santee Cooper’s “failed culture” continues to put citizens, businesses and ratepayers in untenable positions …