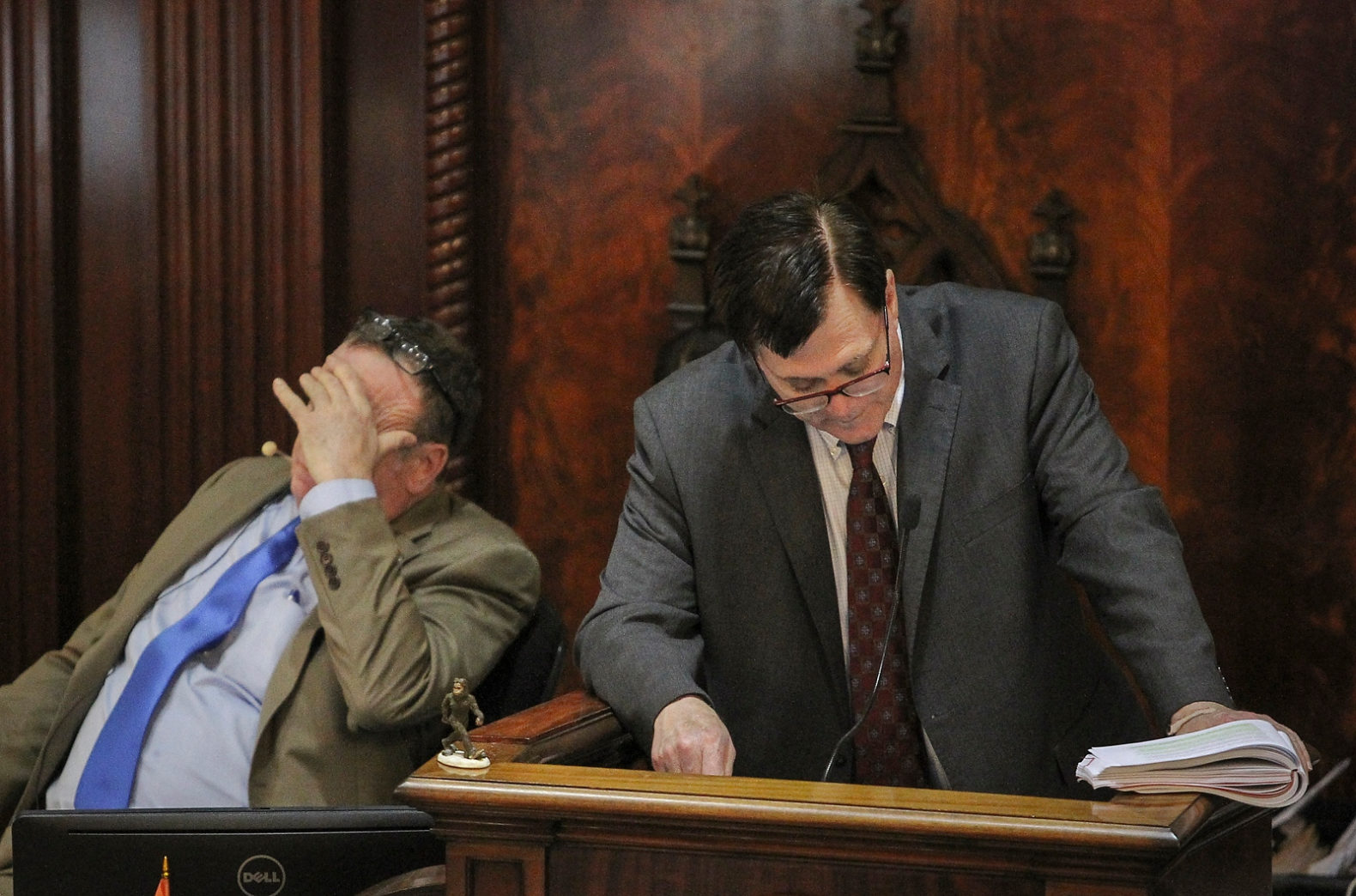 Arguably the most powerful Republican in all of South Carolina state government has issued another stinging rebuke of government-run utility Santee Cooper – telling this “rogue” agency that its latest debt moves were anti-transparent and indicative of a “lingering disdain” for accountability and oversight.

“At some point, ratepayers will have to satisfy this new debt,” Lucas wrote Ray and his fellow board members, castigating them for falling “well short of the transparency that Santee Cooper owes South Carolinians … and well sort of what I and other members of the General Assembly expect.”

“This continued failure to be fully transparent demonstrates a lingering disdain for any oversight at Santee Cooper, which in my view, is the root cause of this agency’s failures,” Lucas wrote. “The board’s desire to be unaccountable to lawmakers, the governor and the public continues to prevent any measure of success at Santee Cooper.”

Lucas went on to note that the latest borrowing moves were part of a pattern of decision-making which continues to “imperil the fiscal strength of Santee Cooper and threaten ratepayers with an inevitable rate increase to offset your poor decisions.”

In fact these are among the criticisms we have been leveling at Santee Cooper for months.


Just last month, we noted how Santee Cooper’s debt moves appeared to be in violation of a recent settlement with ratepayers that precluded the utility from taking on additional red ink to subsidize its so-called “rate freeze.”

The letter from Lucas came mere days after he joined governor Henry McMaster, S.C. Senate president Harvey Peeler, S.C. Senate finance chairman Hugh Leatherman and House ways and means committee chairman Murrell Smith in chastising Ray and his agency for issuing new debt in apparent contravention of Act 135 of 2020, a stopgap spending bill passed by lawmakers in May in response to the onset of the coronavirus pandemic.

This legislation expressly intended to preserve the S.C. General Assembly’s freedom of action regarding Santee Cooper – which continues to engage in all manner of extra-legal negotiations and financial transactions in an effort to avoid being offloaded to the private sector.

In fact, lawmakers inserted specific language governing Santee Cooper’s actions into its spending bill after the “rogue agency” attempted to mislead them regarding the status of its negotiations.

Basically, Santee Cooper wants to ensure that lawmakers are unable to sell it – or turn its management over to a private sector firm – in the aftermath of its cataclysmic involvement in the NukeGate fiasco.

That debacle – which set South Carolina ratepayers and taxpayers back $10 billion – has left Santee Cooper saddled with more than $7.4 billion in debt.

All for a pair of incomplete, since-abandoned nuclear reactors that will never generate a single watt of power …

State leaders issued their latest ultimatum to Santee Cooper after our exclusive reporting on its recent debt moves – which we described as a continuation of its “smoke and mirrors” machinations. Prior to that, we reported exclusively that Santee Cooper executives had ramped up discussions with a Georgia-based power company that lawmakers had expressly ordered them to stop negotiating with last fall.

Oh … and all of this is in addition to the agency ripping off citizens, bilking taxpayers and killings jobs as it continues to wage a government-funded war of misinformation within the S.C. General Assembly.

This news outlet has consistently supported offloading Santee Cooper to the private sector. In fact, we championed such a move over a dozen years ago – when selling Santee Cooper would have netted the state billions of dollars.

First of all, government simply has no business being involved in the power generation business – as the failed NukeGate project has clearly demonstrated. Beyond that, though, the state simply cannot afford to have this rogue, anti-competitive bureaucracy continue to do lasting damage to its economy and its citizens.

by Will Folks
Will FolksFebruary 5, 2022December 21, 2022
South Carolina Politics