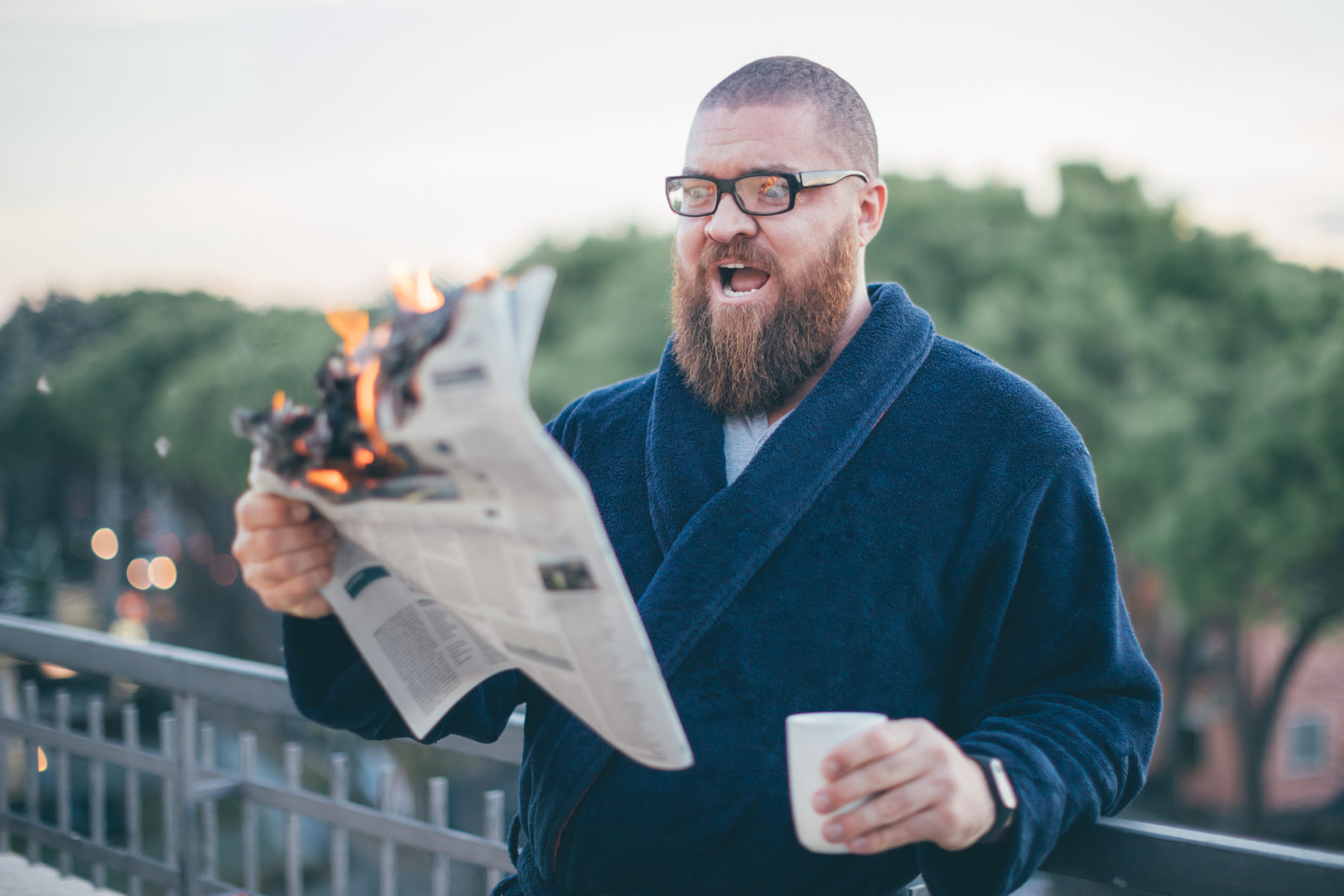 A full-on panic ensued at government-run Santee Cooper earlier this week when the debt-addled utility’s chief executive officer published his latest work of fiction in the pages of The (Charleston, S.C.) Post and Courier.

The column by Mark Bonsall was pilloried mercilessly on our pages … with our coverage speculating as to whether the seven-figure bureaucrat was living in an alternate reality.

After all, Bonsall totally ignored Santee Cooper’s increasingly hopeless situation as he spun another web of misinformation (err, “real facts“) for state lawmakers.

But Bonsall’s attempt to curry favor with the S.C. General Assembly backfired big time when he acknowledged that Santee was continuing to negotiate a “memorandum of understanding” with Atlanta-based Southern Company.

“We are exploring additional joint efficiencies under a memorandum of understanding with Southern Company,” Bonsall wrote in his column.

Santee Cooper backed down, but it appears as though its leaders have continued to negotiate with Southern anyway.


Curiously, though, it was an addendum to Bonsall’s column that set tongues a-wagging in the S.C. General Assembly. There, lawmakers are continuing to discuss whether to offload Santee Cooper to the private sector in the aftermath of its calamitous involvement in NukeGate, the botched construction of a pair of since-abandoned nuclear reactors in Jenkinsville, S.C.

According to the version of Bonsall’s column that was originally published by the Post and Courier, the section referencing Santee Cooper’s offline negotiations with Southern hinted that these and other moves could result in “hundreds of millions of dollars in savings.”

Wait a minute … “hundreds of millions of dollars?”

Talk about some serious negotiations, right? In fact, the only agreement we can think of capable of producing such a sizable fiscal impact would be an deal by Santee Cooper to purchase power from Southern’s yet-to-be-completed nuclear reactors at the Alvin W. Vogtle electric generating plant near Waynesboro, Georgia.

Plant Vogtle, of course, is Santee’s only remaining option to replace its inefficient, uneconomic, environmentally unfriendly coal-fired plants – which it has vowed to take offline as part of its so-called “reform” plan.

Santee was pushed into this corner after Virginia-based Dominion Energy and North Carolina-based Duke Energy cancelled their plans to build a natural gas artery to the doorstep of the Palmetto State.

So … will the new Vogtle reactors be completed?


As lawmakers were rubbing their eyes at this dollar amount, the “hundreds of millions” reference disappeared from the column – replaced by a far-less-revealing reference to “millions of dollars in savings.”

“This op-ed has been updated to correct a mistake caused by an editing error,” a notation added to Bonsall’s piece innocuously informed.

Translation? Pay no attention to that rare kernel of truth that accidentally landed in one of its propaganda pieces.

Oh, and adjust your calculators two spaces to the right …

The Post and Courier – which has been a servile apologist for Santee Cooper during the recent legislative negotiations – did not say. Nor do we expect its editorial board will ever say.

But state lawmakers – including those who explicitly instructed Santee Cooper to adhere to the law and refrain from negotiating further with Southern – took keen notice of this “error.”

And Santee Cooper’s legislative team immediately plunged into “panic mode,” according to one of our sources.

In fact, Bonsall and his team were busy “doing damage control” in the aftermath of the publication of this column which, ironically, was intended to smooth over its increasingly rocky relationship with lawmakers.

Seriously … can this utility do anything right?

Well, aside from ripping off citizens, businesses and taxpayers … three things at which it continues to prove its ongoing adeptness.