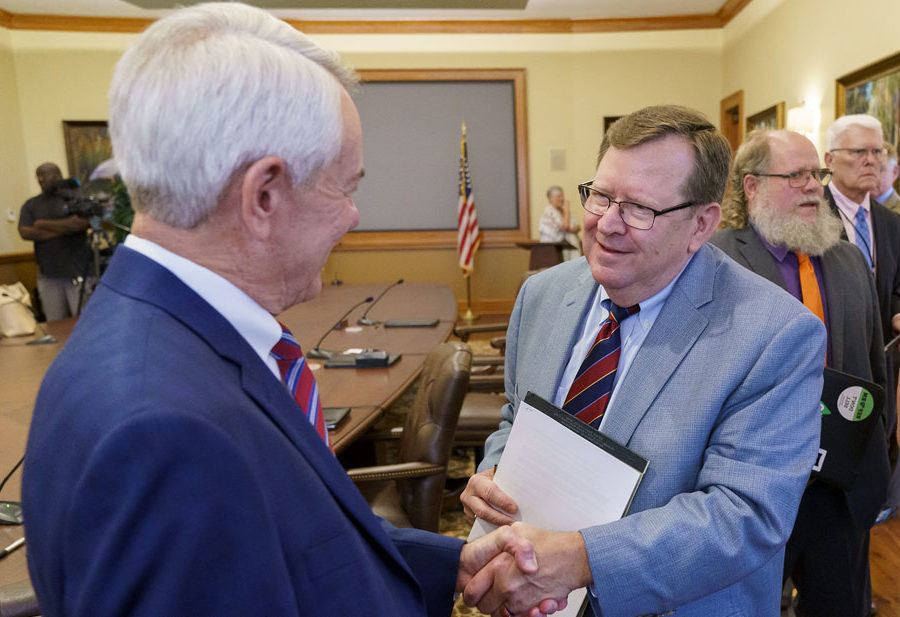 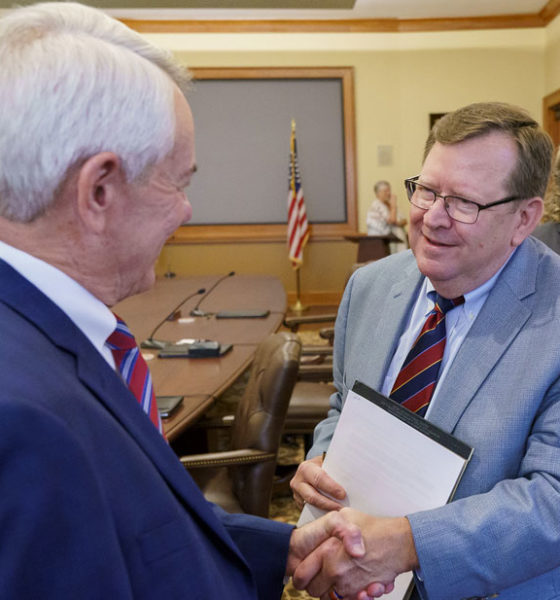 After being called out by House leaders, “rogue utility” goes back behind closed doors …

Less than a month after leaders in the South Carolina House of Representatives slammed scandal-scarred government-run utility Santee Cooper for doing most of its business behind closed doors – the utility is back to business-as-usual, shutting the public out of its most important deliberations.

Santee Cooper’s board is scheduled to meet this morning (May 7, 2020) at 9:00 a.m. EDT – a gathering it notified the public of only yesterday.

According to the agenda for this meeting, the utility’s board members will go behind closed doors to discuss “personnel matters” – and to receive legal advice regarding Santee Cooper’s ongoing legal battle with the city of Goose Creek, S.C.

Based on this utility’s ongoing track record of deception – including lying to ratepayers and taxpayers about the abandoned construction fo a pair of nuclear reactors in Jenkinsville, S.C. (a.k.a. NukeGate) – should we trust its leaders to meet behind closed doors?

State lawmakers certainly don’t think so … nor do we.

In fact, the prevailing culture of secrecy at this “rogue agency” is one of many reasons we – and others – are calling for it to be offloaded to the private sector. In fact, we have been calling on Santee Cooper to be privatized for more than a dozen years.

Sadly, lawmakers didn’t listen … and not only did they fail to listen, they allowed the utility to pursue the abandoned, government-run nuclear reactor project in Jenkinsville that has left the state billions of dollars in debt.

Anyway, according to our sources the personnel matter up for discussion at this mostly closed-door meeting is the approval of a severance agreement for Santee Cooper’s former third-in-command, Mike Baxley.

This news outlet has long editorialized against the abuse of executive session across state government – arguing that all taxpayer-funded business ought to be conducted in the open.

Last month, leaders in the S.C. House of Representatives called on Santee Cooper’s board to stop meeting in executive session, citing “the recent track record of those acting on behalf of the Santee Cooper board communicating inaccurate information.”

“It has come to our attention, watching the past several Santee Cooper board meetings, that these meetings occur more in executive session than in public session,” the lawmakers wrote.

It looks like that secretive trend will continue this morning …

In the aftermath of the utility’s latest legislative obstructionism, lawmakers reached an agreement with Santee Cooper earlier this month that they claim will keep all options on the table regarding its future – including its possible sale to (or management by) the private sector.

That agreement does not invalidate the concerns raised by Lucas and other legislative leaders, though.

“Transparency in your operations is of the utmost importance and several hour executive sessions by your governing body, followed by immediate adjournment, gives rise to concern that the board is making decisions in secret rather than in public,” five ranking House members wrote in a letter to the utility’s leadership last month. “The public’s right to know what is happening during Santee Cooper board meetings is vastly superior to the board’s desire for secrecy.”

Lawmakers have stepped in to bring this rogue agency to heel in the past. We strongly urge them to do so again as Santee Cooper continues to flaunt not only the will of the S.C. General Assembly – but the best interests of its ratepayers and the citizens and taxpayers of South Carolina.