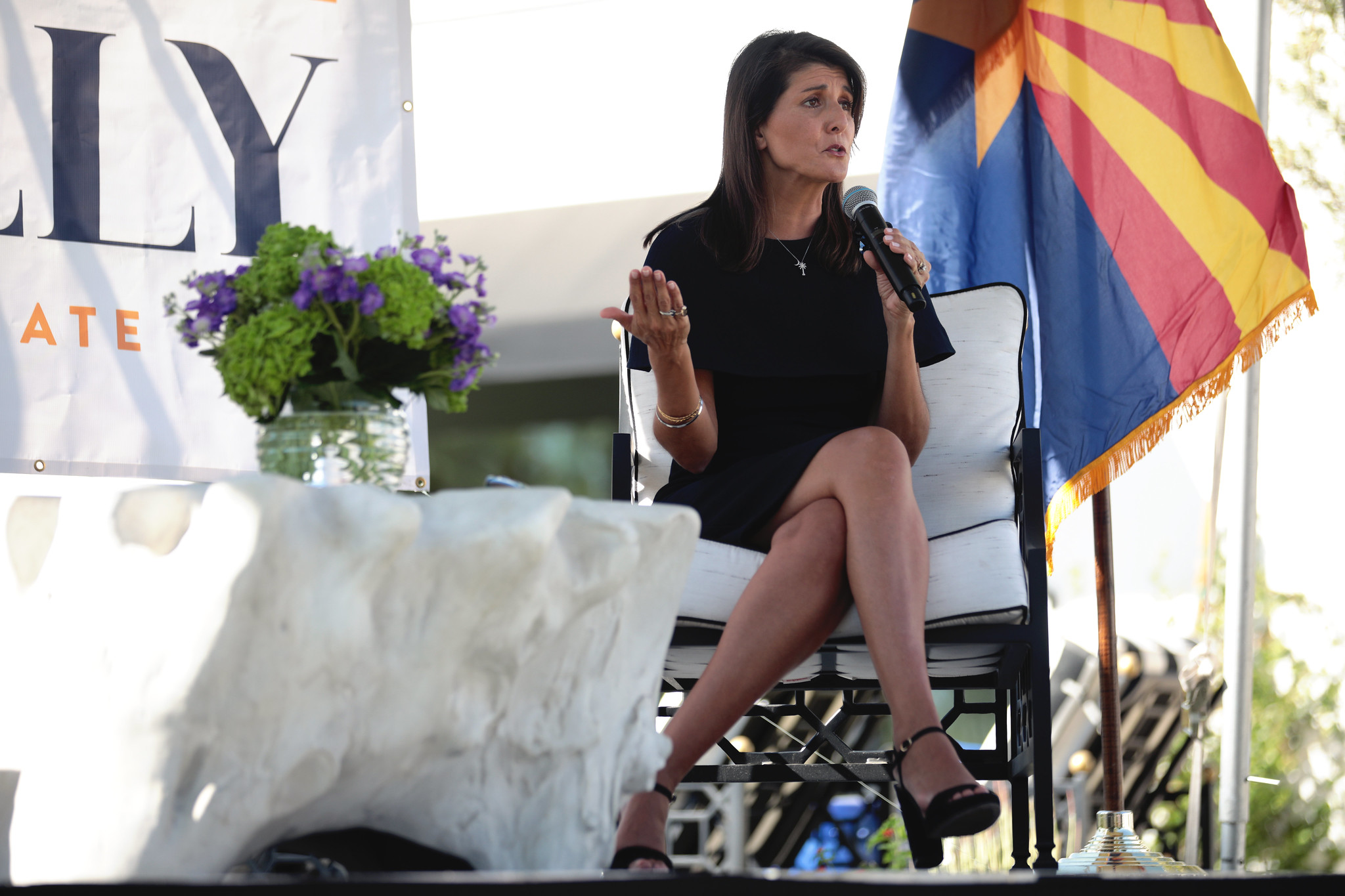 A Florida congressman assailed former United Nations ambassador Nikki Haley for giving up on U.S. president Donald Trump as several swing state shifts appeared to give Democratic presidential nominee Joe Biden a narrow lead in his bid to oust the incumbent Republican from the White House.

Haley is one of the frontrunners for the 2024 Republican presidential nomination, and the sooner the 2020 race is over – the sooner her candidacy can begin.

That reality was clearly not lost on Gaetz – a second-term Republican from Hollywood, Florida.

“While some of us are fighting for President Trump… Nikki Haley is eulogizing him. Sad!” Gaetz tweeted.

Gaetz’s tweet is a channeling of conservative angst against Haley, who is seen by many in the GOP as a fiscally liberal, Mitt Romney-style “Republican.”

In fact, on the day before the 2020 election, John Daniel Davidson penned an excellent piece for The Federalist in which he described the dynamics currently at work within the GOP electorate and how those might impact a battle for the 2024 nomination.

“Trump is not the cause of the change, he is just a powerful manifestation of it,” Davidson wrote. “The cause of the change was the wholesale failure of our elites and the collapse of public trust in our elite-run institutions. Trump called out those failures in a way no one had done before, and it resonated with many Americans who had become so disgusted with our politics they had given up, tuned it out, stopped voting.”


That is true … and that is why we endorsed Trump in the 2016 presidential race.

It is also why we have consistently called out politicians like Haley, an erstwhile #NeverTrumper who – like fellow warmongering U.S. senator Lindsey Graham – was always an ally of convenience to the current administration.

And more to the point … not a friend of taxpayers.

Anyway, in assessing the 2024 field Davidson had this to say …

Future Trump-like candidates, whether Republican or Democrat, who can convince voters they aren’t in thrall to special interests and aren’t controlled by the establishment, will command the loyalty of enough voters to reshape national elections. Think Rep. Alexandria Ocasio-Cortez on the left and Sen. Josh Hawley or South Dakota Gov. Kristi Noem on the right. One thing is for sure: for the GOP, it won’t be the likes of Sen. Ben Sasse or Nikki Haley. That brand of politician will be powerless to influence the Republican Party moving forward, even if Trump loses.

That is a bold prediction indeed as many believe Haley – an ostensibly “electable” Republican like Romney – is the GOP’s best shot to reclaim the White House in four years (assuming Trump is in fact defeated by Biden).

To bring readers up to date on that front, Biden has opened up a narrow lead in Georgia – which, assuming it holds, would make him the first Democrat to carry the Peach State since Bill Clinton in 1992. He has also inched ahead of Trump in Pennsylvania.

If Biden wins either of those states, he will have enough electoral votes to become the next president – assuming Trump is unable to prove voter fraud took place in those states.

And once that process is complete, everyone must accept the outcome of this battle and move on to the next one.

President-Elect? The Media Calls Pennsylvania – And The Election – For Joe Biden