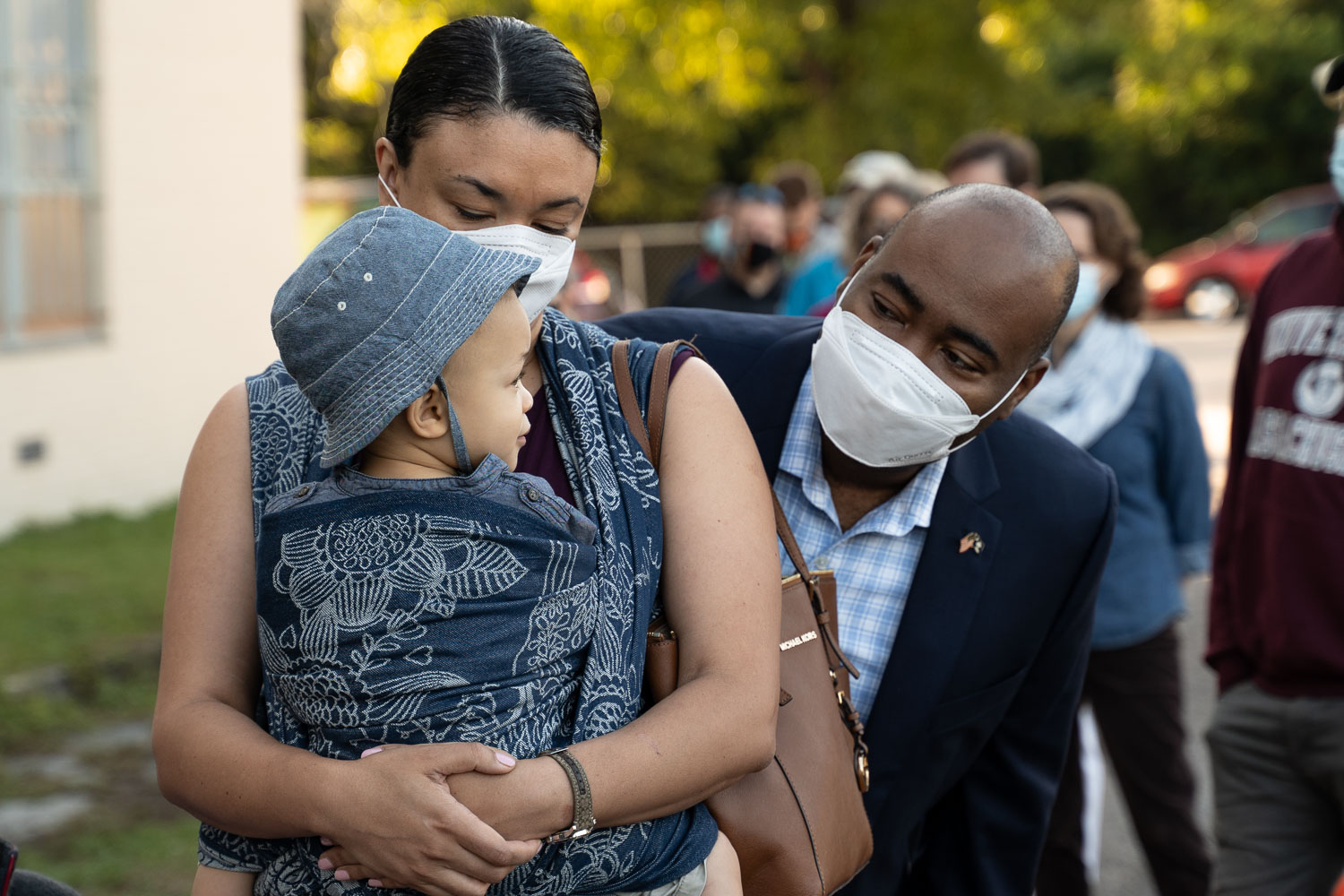 Democrats are getting creative in South Carolina as part of a last-ditch bid to salvage the campaign of Jaime Harrison – the Washington, D.C. lobbyist who pulled neck-and-neck with GOP incumbent Lindsey Graham in this staunchly “Republican” state earlier this month.

Their plan? Get voters to support a third-party candidate who has already dropped out of the race … but whose name will still appear on the November 3, 2020 ballot.

If enough conservative voters can be convinced to abandon Graham and support Constitution party candidate Bill Bledsoe, then Harrison might be able to gain back the edge he has lost in recent weeks thanks to Graham’s starring (albeit hypocritical) role in the pending confirmation of U.S. supreme court nominee Amy Coney Barrett.

Thanks to the Barrett confirmation hearings, Graham has reopened a lead over Harrison in several recent polls.

Harrison’s Palmetto State candidacy has become a cause célèbre for liberals who are eager to show they can compete in a state that hasn’t elected a Democrat statewide in over a decade. His candidacy has also rewritten the record books in terms of fundraising, bringing in an astronomical $57 million from July to September.

That haul shattered the previous quarterly record of $38 million set by Beto O’Rourke in his unsuccessful 2018 campaign against U.S. senator Ted Cruz of Texas.


Harrison is spending some of that haul on advertisements promoting Bledsoe – albeit in a roundabout way. In one such ad, Harrison “attacks” Bledsoe as a “right-wing Constitution party candidate” who “opposes all abortions,” who supported U.S. president Donald Trump “from day one” and who “believes any gun control law infringes upon the Second Amendment.”

Does Graham oppose all abortions? No.

Did he support Trump from day one? No.

Does he oppose all gun control laws? No.

In fact, just last summer he was the chief GOP advocate for so-called “red flag” laws – inefficacious measures that would have allowed for constitutionally dubious “emergency” gun seizures.

Harrison’s ad concluded by telling viewers Bledsoe was “too conservative for South Carolina.”

Harrison isn’t the only one drawing attention to Bledsoe’s candidacy.

A national political action committee called Lindsey Must Go sent out mailings this week touting Bledsoe as “the only true conservative on the ballot.”

These mailings accused Graham of “selling out conservatives” by repeatedly voting for “more big-government deficit spending.”

“He’s voted with liberals to drive up the national debt to a record high $23.3 trillion,” the mailing noted.

The mailings also tagged Graham for selling out to pharmaceutical corporations and the insurance industry.

To be clear: Bledsoe has dropped out of the race. And has actually endorsed Graham. But his name remains on the ballot, and as far as we are concerned there is nothing to stop Harrison and his allies from drawing voters’ attention to that fact.

Also, there is a receptive audience for these ads among Palmetto State GOP voters … at least there was until the death of liberal icon Ruth Bader Ginsburg thrust Graham back into the partisan limelight.

Make no mistake: Prior to the confirmation battle over Barrett, Graham was in serious trouble.

Now? We do not see any way he loses South Carolina … meaning the shape-shifting, 65-year-old bachelor from Seneca, S.C. should be a shoo-in to win a fourth, six-year term in the U.S. Senate on November 3.

No Democrat has won a U.S. Senate race in the Palmetto State this millennium. The last person to do it? The late Fritz Hollings, who defeated GOP congressman Bob Inglis in 1998. In fact, no Democrat has won a statewide election in South Carolina since 2006 – when Jim Rex defeated Karen Floyd in the race for state superintendent of education.

#NeverTrump Republican In Trouble In Arizona