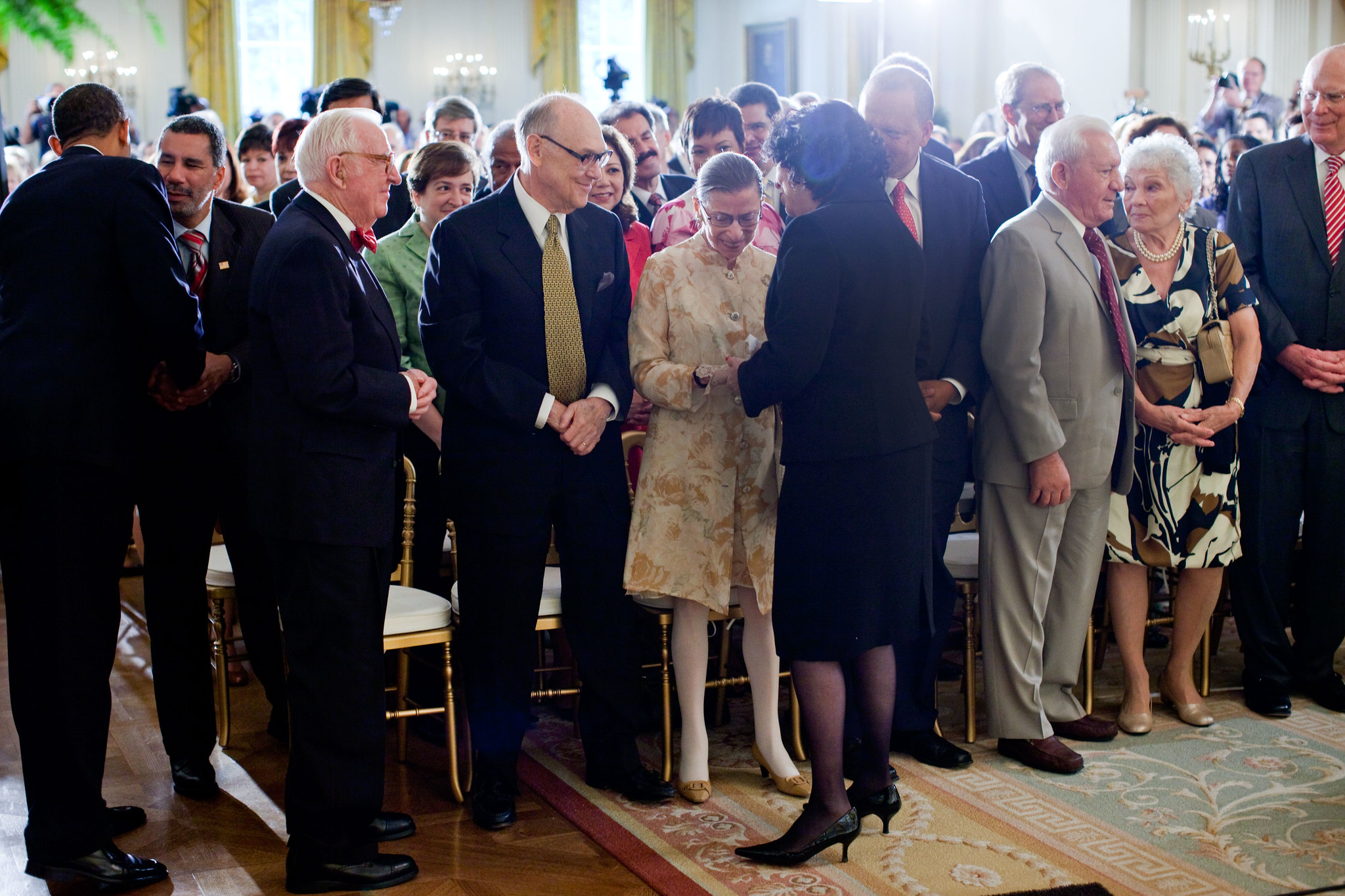 Liberal icon Ruth Bader Ginsburg succumbed to complications from pancreatic cancer late Friday, creating a vacancy on the U.S. supreme court with less than fifty days to go before the next presidential election. The Brooklyn, New York native – an icon to the American left – was 87 years old.

Appointed by former president Bill Clinton in 1993, Ginsburg was the second woman to fill a seat on the high court (following Sandra Day O’Connor).

“We have lost one of the most extraordinary justices ever to serve on the supreme court,” Clinton said in memorializing his choice. “Ruth Bader Ginsburg’s life and landmark opinions moved us closer to a more perfect union. And her powerful dissents reminded us that we walk away from our Constitution’s promise at our peril.”

But it is important to acknowledge several of Ginsburg’s recent votes have taken tremendous (and tremendously troubling) steps away from these ostensibly iron-clad constitutional promises.

U.S. president Donald Trump called Ginsburg (above) “a titan of the law” who had a “brilliant mind” and who “demonstrated that one can disagree without being disagreeable.”

Trump added that Ginsburg “inspired all Americans, and generations of great legal minds.”

Ginsburg’s death sets up a contentious political battle ahead of the November election – one that puts the GOP in a bit of a pickle. Readers will recall Republicans refused to hold a hearing on former president Barack Obama’s final supreme court choice Merrick Garland in 2016 – but party leaders are now rushing to confirm a replacement for Ginsburg.

U.S. Senate majority leader Mitch McConnell confirmed late Friday that his chamber would indeed hold a vote on Trump’s choice – who is expected to be announced within days.

In his statement memorializing Ginsburg, Obama called out the GOP for its hypocrisy.

“Four and a half years ago, when Republicans refused to hold a hearing or an up-or-down vote on Merrick Garland, they invented the principle that the Senate shouldn’t fill an open seat on the Supreme Court before a new president was sworn in,” Obama wrote. “A basic principle of the law – and of everyday fairness – is that we apply rules with consistency, and not based on what’s convenient or advantageous in the moment.”

Republicans’ counter-argument? That the court cannot have a vacancy in the aftermath of what is expected to be an exceedingly close election in November – one likely to include the sort of legal wrangling that followed the 2000 U.S. presidential race, which was ultimately decided by the court.

Are they unified in that view, though?


One liberal GOP senator – Lisa Murkowski of Alaska – has already said she will not support Trump’s choice.

“I would not vote to confirm a supreme court nominee,” Murkowski told Alaska Public Media. “We are fifty some days away from an election.”

That gives Democrats one of the four votes they would need to block a confirmation vote.

Another liberal Republican – Susan Collins of Maine – has yet to indicate how she will vote. Collins is trailing Democrat Sarah Gideon in a bid for a fifth term in the U.S. Senate.

Meanwhile, #NeverTrump U.S. senator Mitt Romney of Utah – who broke with Republicans during the impeachment saga – is another possible GOP defector.

Republicans – who hold a 53-47 advantage in the Senate heading into the 2020 elections – can only afford to lose three senators on any issue (U.S. vice president Mike Pence casts the deciding vote in the chamber in the event of a tie).

If they lose a fourth, the gig is up …

Who will he nominate this time? We shall see … and more importantly, we shall see whether his nominee gets a vote ahead of the November election. Clearly the issue is fraught with political peril, as Trump risks losing his base if he fails to aggressively push a nomination through on the one hand – while he risks losing moderates who view the process as unfair on the other.

UPDATE || Trump is vowing to appoint a woman to the post …

Donald Trump Vows To Nominate A Woman To The Supreme Court