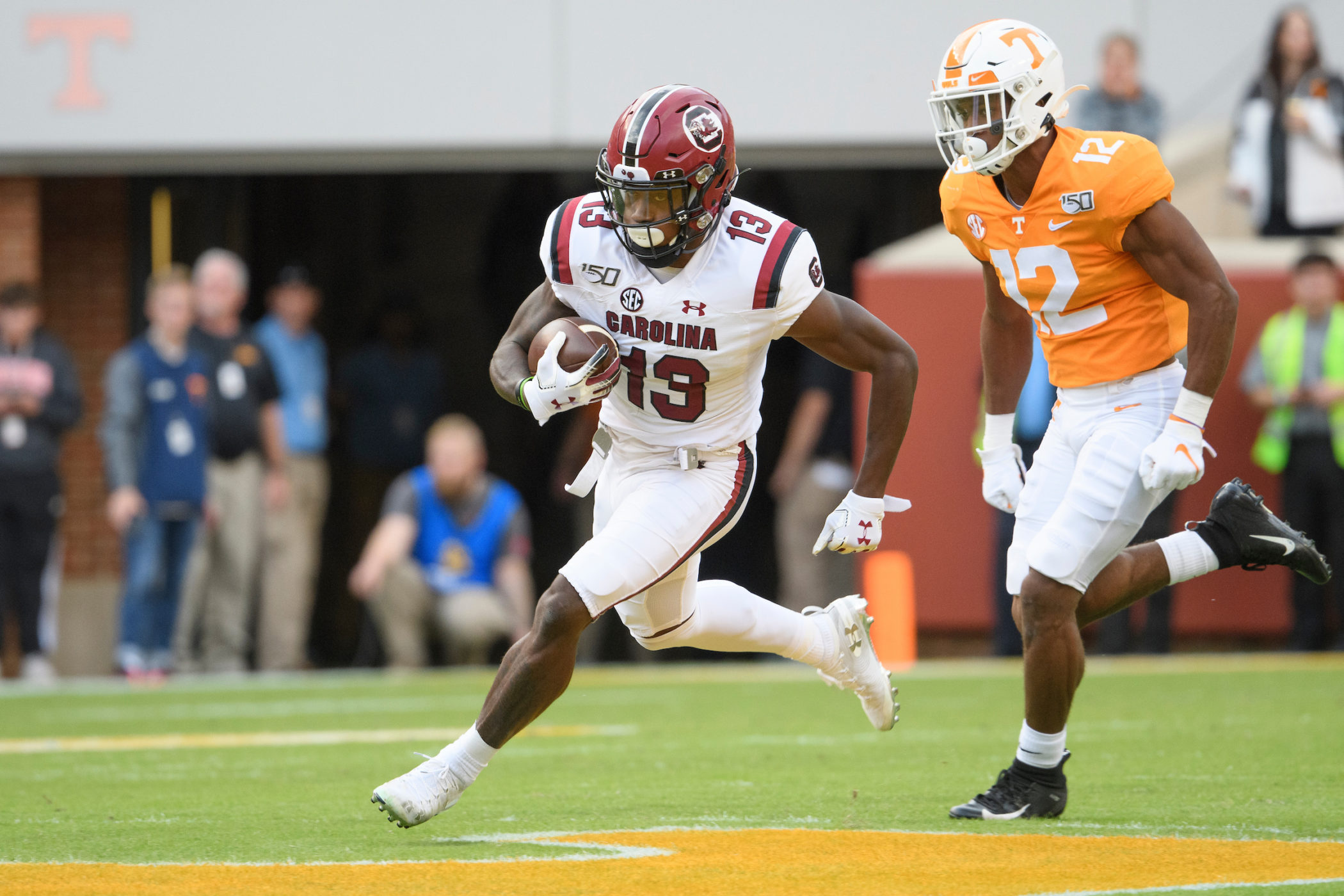 Fifth-year head coach Will Muschamp and the South Carolina Gamecocks open their 2020 season on Saturday, September 26 against the No. 16 Tennessee Volunteers. Kickoff is set for 7:30 p.m. at Williams-Brice Stadium in Columbia, South Carolina. The SEC Network will provide live national television coverage with Taylor Zarzour, Matt Stinchcomb and Alyssa Lang calling the action.

A limited number of fans in garnet and black will greet the Gamecocks due to state- and school-established social distancing guidelines stemming from the coronavirus pandemic. Despite a listed capacity of 80,250, South Carolina will only be allowed to accommodate approximately 20,000 fans for Saturday’s opener.

Tennessee enters the game as a 3.5-point favorite on the road – sporting a top twenty national ranking. That is quite a turnaround from where the program was a year ago.

After back-to-back defeats to Georgia State and BYU to open the 2019 season, Vols’ officials may have wondered if they had made a mistake in hiring Jeremy Pruitt away from his defensive coordinator position at Alabama following the 2017 season.

The pain continued after back-to-back beatings from rivals Florida and Georgia by a combined score of 73-17.

After a horrendous 1-5 start, though, Tennessee won seven of its final eight contests – including a 41-21 drubbing of South Carolina on October 26, 2019 in Knoxville. That ended the Vols’ seven-year losing streak to Muschamp, who was undefeated against the program from 2012-2018.

As a result of his turnaround, Pruitt (above, right) was rewarded this week with a $400,000 annual raise and a contract extension that will keep him in Knoxville through 2025.

“My family and I are grateful for the unwavering commitment the University of Tennessee has made to us,” Pruitt said in a statement. “We have worked hard to build our program the right way in a short amount of time, and there is still much work to be done.”

Second-year defensive coordinator Derrick Ansley will have many pieces returning from last season’s unit, but will have to replace linebacker Daniel Bituli and safety Nigel Warrior.

Collin Hill, a fifth-year senior from Colorado State University, will be the Gamecocks starting quarterback against Tennessee. After tearing his anterior cruciate ligament for the third time last September, Hill has only played in 18 games over the past three years. During that time, he has thrown for 3,320 yards, 23 touchdowns, and 11 interceptions.

Hill is well-versed in the offensive schemes run by new Gamecock coordinator Mike Bobo, who ran one of the most effective offenses in the nation during his tenure at Georgia.

Hill averaged 12.7 passing yards per completion during his time with the Rams, which compares favorably to the team’s average with backup quarterback Ryan Hilinski at the helm in 2019. South Carolina ranked No. 127 nationally in this category – averaging a mere 9.95 yards per attempt.

The graduate transfer will have a host of receivers to pitch the ball to, including returning leader Shi Smith (above) – a speedy 5-foot-10 athlete from Union, S.C. who recorded 438 yards and two touchdowns in 2019.

One of those scores came on a 75-yard touchdown on the first play from scrimmage against Tennessee last year.

A potential breakout star for the Gamecocks at the wide receiver position? Dakereon Joyner, a versatile athlete who converted from quarterback and is expected to figure prominently in Bobo’s offense.

Bobo’s attack should be bolstered by the return of sophomore running backs Kevin Harris and Deshaun Fenwick – however the loss of highly-touted freshman MarShawn Lloyd of Hyattsville, Maryland to a season-ending injury takes one of the team’s most potent weapons off of the table.

However, South Carolina could have a potential rock at the position in ZaQuandre White – a 6-foot-1, 200-pound transfer from Iowa Western Community College who has drawn rave reviews and looked solid in workouts.

Tennessee has a battle-tested starting quarterback in the form of Jarrett Guarantano, who passed for 2,158 yards, 16 touchdowns, and 8 interceptions last season.

The Vols also return top running backs Ty Chandler (655 yards, 3 touchdowns) and Eric Gray (539 yards, 4 touchdowns) behind what is expected to be a rock-solid offensive line behind star left guard Trey Smith, an All-SEC selection in 2019.

Guarantano’s top target is expected to be Josh Palmer, a big 6-foot-2 target who recorded 457 yards and 1 touchdown last fall. Velus Jones Jr., a transfer from Southern Cal, could be an option as Tennessee’s No. 2 receiver.

South Carolina’s defensive line will be anchored by Aaron Sterling, and with heralded five-star recruit Jordan Burch and sophomore Zacch Pickens hoping to make their mark in 2020.

Junior Ernest Jones and senior Sherrod Greene will manage the defense at the linebacker positions, while all four starters from a talented secondary return for the Gamecocks (Jaycee Horn, Israel Mukuama, R.J Roderick, and Jammie Robinson).

The stakes are high this year for the South Carolina program.

Muschamp guided the Gamecocks to a .500 winning percentage and bowl eligibility in his first year at the helm and continued this upward trajectory in 2017 – leading South Carolina to a 9-4 record capped by a come-from-behind Outback Bowl win over Michigan.

Since then, Muschamp has posted an 11-14 overall record and an anemic .438 winning percentage in conference games.

Not surprisingly, his seat is viewed as the hottest in the Southeastern Conference (SEC) this season … but an upset win over a nationally ranked opponent would certain cool things down a bit to start the new campaign.