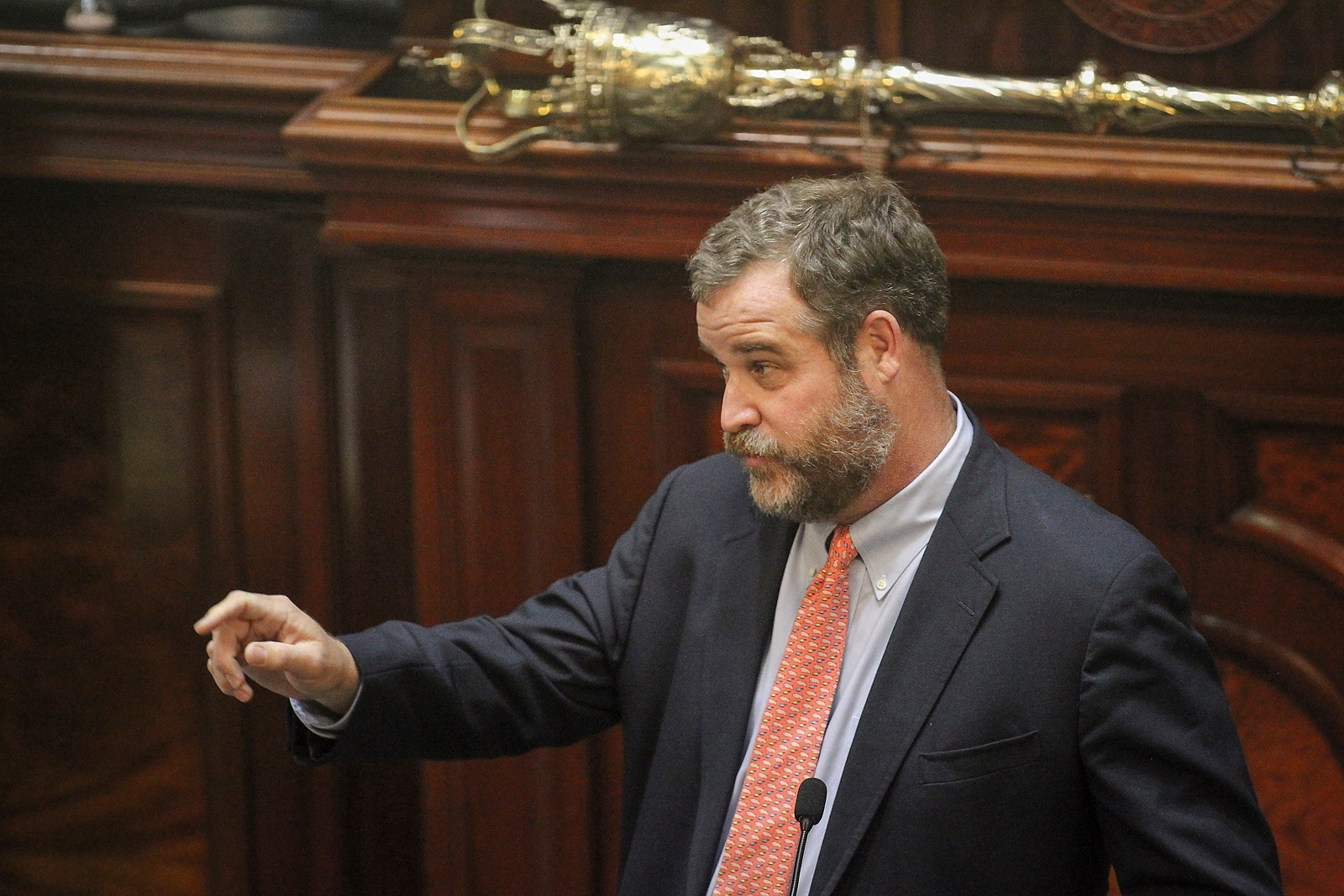 As they have done in every election cycle since 2012, Democrats are making a big deal about challenging state representative Kirkman Finlay – who has held South Carolina House District 75 (.pdf) for the past eight years.

And why not? Finlay’s district was literally the only GOP-held House seat won by Hillary Clinton in 2016.

It makes sense the S.C. Democratic Party (SCDP) would run someone against him … in fact, it could be argued party leaders would be crazy not to.

The problem? Finlay has always enjoyed broad swaths of independent (and Democratic) support – in addition to his GOP backing – particularly as he has pushed for expanded transparency and accountability in state government over the past decade. And while we don’t agree with him on every issue, Finlay has been one of the rare common sense voices at the S.C. State House over the past decade – not to mention one of the more effective lawmakers when it comes to challenging failed bureaucracies (including the Palmetto State’s abysmally managed higher education establishment).

Finlay also impressed us when he stood against the Republican leadership in the chamber as it doled out tens of millions of tax dollars to liberal billionaire David Tepper, owner of the National Football League (NFL)’s Carolina Panthers.

He also stood against GOP governor Henry McMaster on that issue.

Not surprisingly, Finlay’s aggressiveness on behalf of citizens and taxpayers has frequently made him a target – although most of the broadsides directed at the 50-year-old farmer/ small business owner have missed their mark.

This week, Finlay’s Democratic opponent in the upcoming election slammed him for missing “nine votes” late Wednesday evening as negotiations on various fiscal matters at the S.C. State House wound down.

In fact, his opponent took out a billboard slamming him over those votes …

“It takes some real arrogance to peace out on some not-insignificant votes on the last day of a specially-rescheduled legislative session six weeks before your name’s on the ballot,” Gandy wrote on Facebook.

Yes (gasp) … he did. Of course, this was after he cast several hundred votes prior to departing the State House at around 5:30 p.m. EDT on Wednesday. Oh, and after he shepherded through a bipartisan compromise on the second round of coronavirus stimulus funding – which cleared the chamber with just one dissenting vote.

The so-called “Cares II” appropriation was the largest fiscal deal cut at the State House during this abbreviated late summer/ early fall session – and in addition to successfully guiding this measure through the floor debate, Finlay was one of the House conferees who negotiated the spending agreement in committee with Senate leaders.

So, having done all that work … why did Finlay knock off early?


“I promised my family I would cook them dinner,” he told us.

Specifically, Finlay said he promised his wife, his mother, one of his three daughters and his aunt that he would make them a meal on Wednesday evening.

Which he did … rack of lamb on the grill, for those of you keeping score at home. Marinated with fresh rosemary, pepper, salt, garlic and olive oil.

Finlay – whose district is in downtown Columbia, S.C. – said he told House leaders before he departed that he was available in the event any close votes arose. None did, however.

Such a scandal … right?

Ironically, we are told the real “no-show” issue in this race could involve Finlay’s opponent on the ballot in November … something we look forward to exploring in detail in a future post.