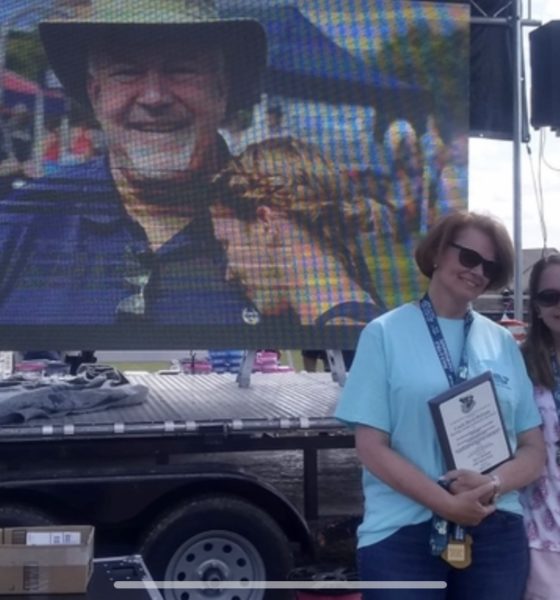 The former South Carolina high school athlete who says her late coach sexually assaulted her is speaking out – and encouraging other victims of sexual assault to come forward.

Twenty-one-year-old Emily Hickman – who went to Riverside high school in Greer, S.C. – told FITSNews on Friday that she wanted to come forward with her story because she wanted other young girls to feel safe enough to speak up.

Her former coach – Eric Cummings – reportedly died by hanging on September 22, 2020. He was the focus of a sexual assault investigation that had just launched the previous day — when Hickman reported Cummings to Greer police.

“I initially came forward in hopes to shed light on a shady situation affecting my friends on the team,” Hickman told FITSNews. “I reported (it) to the principal because (Cummings) was hitting on me after being told to stop due to what happened in 2016. Then I reported (it) to police because he didn’t stop.”

Cummings was placed on administrative leave on September 3, 2020 — two days after Hickman reported the sexual assault.

Hickman claims she knew of multiple other Riverside students who were sexually abused by Cummings.

“When I came forward in September, the school basically sat on it and didn’t do anything but ask the team if they heard anything involving him,” Hickman said. “That’s all she did, ask them when they were all together in one room. Who would speak up in front of everyone like that?”

Hickman has been struck with a wide range of emotions this week. She said she felt mortified when she went to police on Tuesday, but knew she was doing what she had to do to protect those she loves.

Then, just a day after she reported the sexual assault, she was hit with a bombshell she never could have prepared for – the man who she just turned in for sexual assault had just died.


“I feel like it’s my fault, like I caused this, and the guilt is just awful,” she said.

Despite all of the chaos of this week, she still has a message for victims of sexual assault.

“You are not alone, you never were,” Hickman told FITSNews, encouraging other victims of sexual assault to come forward.

According to Hickman’s statement to police, the incident occurred when she was running track in 2016. She was injured, and Cummings approached her to tape her shin splints.

“He ran his hand up my thigh …” Hickman said in the report. “He then proceeded to grab my breasts and squeeze them, saying ‘I like them small.’”

According to her statement, Hickman tried to pull away, but then Eric Cummings allegedly tried to kiss her.

“Upon pulling away, he grabbed and squeezed my ass,” Hickman wrote in the report.

Hickman was a minor at the time of the alleged assault, Greer police said in their report of the incident.

Sergeant Chris Forrester of the Greer police department told FITSNews that the sexual assault investigation was in the beginning stages and officers had not yet made contact with Cummings about their investigation.

As is our custom in reporting on suicides (no matter the circumstances surrounding them), if anyone reading this post is dealing with issues that have them questioning whether to take their own life (or to attempt harming themselves) please … call a friend.