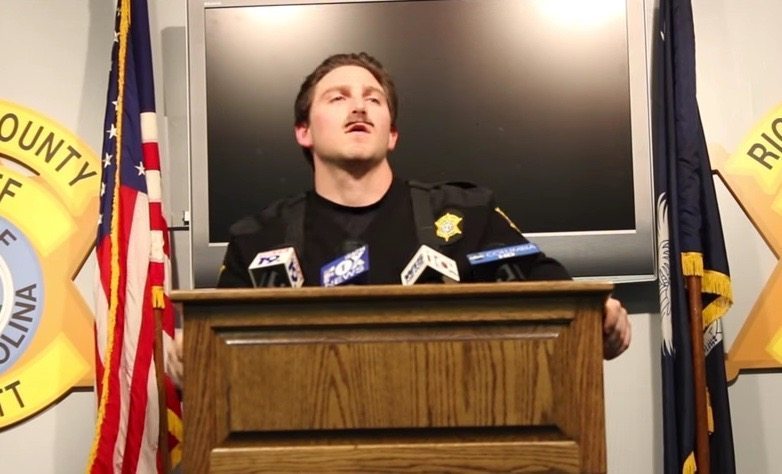 SOUTH CAROLINA’S “WAR ON DRUGS” HAS A NEW CHAMPION

Never mind the depravation caused by government-perpetuated dependency and ignorance … or the costly failure of government’s failed “War on Drugs,” which has burned through more than $1 trillion of your tax money with absolutely nothing to show for it.

Anyway, Becker’s unit coordinates drug control efforts among federal, state and local agencies.  It also “works with community groups to learn of their concerns and responds to their tips related to illegal drug activity.”

Apparently some believe Becker would make a good successor to Lott, as evidenced by this bizarre video originally posted on the Richland County sheriff’s YouTube page …

While it was more than a little odd to find this clip posted to a public channel (and a bit disappointing to see that it contained scenes filmed on public property), we’re not going to get our panties in a wad about that.

What’s worrisome to us is the underlying mindset the video displays as it relates to the ongoing militarization of police – not to mention their escalating contempt for individual liberty.

One positive from the clip?

Its ironic embrace of recreational drug use … which is further evidence that politicians should not stand in the way of long-overdue decriminalization and legalization of (at the very least) medical marijuana.