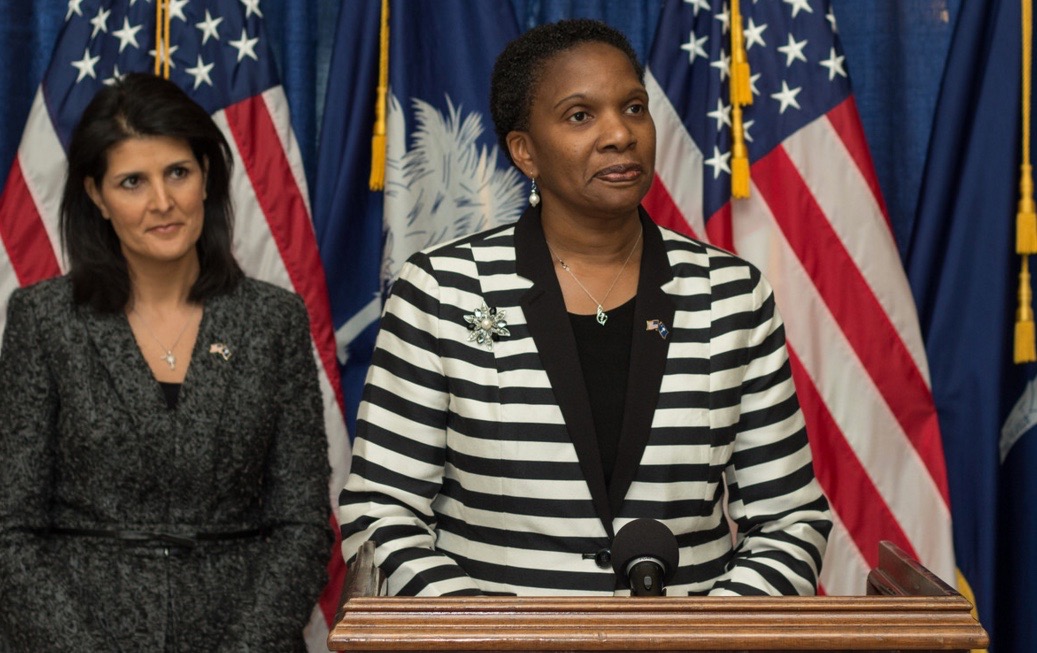 Another one of S.C. governor Nikki Haley‘s cabinet agencies is reportedly in chaos …

While South Carolina’s chief executive is busy campaigning on behalf of “Republican” establishment favorite Marco Rubio at ritzy hotels in the Atlanta suburbs, sources tell us her juvenile justice agency has been going up in flames … literally.

We’re referring to the S.C. Department of Juvenile Justice (SCDJJ), which experienced a “major riot” over the weekend – the latest disturbance in what we’re told is an “escalating pattern” of violence.

According to one of our sources, “several of the boys got loose” at the agency’s detention facility on Broad River Road in northwest Columbia, S.C. over the weekend. More than 100 children – males and females between the ages of 12-17 – are housed at the facility.

One of the juveniles somehow got behind the wheel of a law enforcement vehicle during the incident – crashing it into a structure on campus and doing extensive damage, we’re told.

While correctional officers were dealing with that situation, several of the males housed at the facility reportedly broke into one of the dormitories housing female juveniles.  Extensive damage was done to that facility, too.

God knows what else happened … although we’re sure our readers can imagine.

Ready for the craziest story from the riot?

According to our sources, one juvenile housed at the facility escaped during the confusion through a sewage pipe during the chaos – and SCDJJ officials never even knew he was gone.

“The only way they found out was one of the nurses at the agency was at a nearby retail store and saw the boy,” our source said.  “She recognized him because she’d given him his medicine the day before.”

The nurse called 911 and the juvenile was arrested – at which point SCDJJ officials became aware he was missing.

We reached out to SCDJJ in the hopes of receiving a comment on the situation – but none was immediately forthcoming.  The agency is currently run by Sylvia Murray, who was appointed by Haley in 2015.

Last weekend’s riot is reportedly the latest in a series of violent incidents.  Back in December, several fires were ignited at the facility by juveniles – but SCDJJ officials downplayed these conflagrations as minor incidents.

Each of these “leaders” went down under duress … and several of them lost their jobs thanks to scandals originating on this website.

Since then, Haley has seen a second SCDOT director step down at the insistence of legislative leaders.

Also, other agencies have had serious problems that probably should have resulted in resignations … but didn’t.