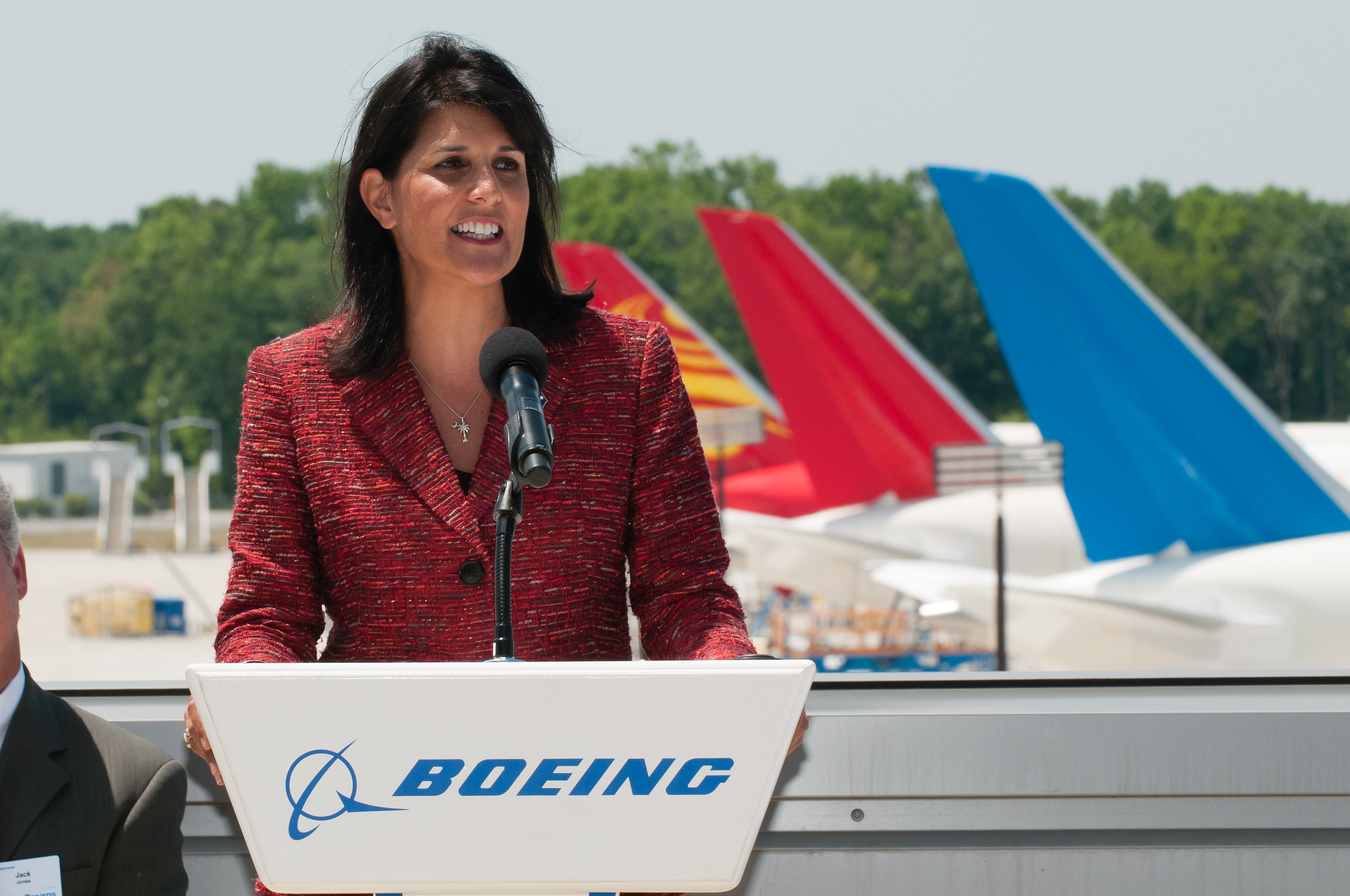 Former South Carolina governor and United Nations ambassador Nikki Haley has been nominated to serve as a member of the board of crony capitalist aircraft manufacturer Boeing.

News of Haley’s nomination to this lucrative, influential board post was first reported by David Wren of The (Charleston, S.C.) Post and Courier.  It comes one day after the 47-year-old Bamberg, S.C. native announced the formation of a new national policy organization – as well as plans to write an upcoming book.

Haley’s nomination – which will be voted on by Boeing board members in two months time – is not without controversy, reinforcing an emerging “pay-to-play” narrative that links her official actions with personal enrichment.  This narrative is only compounded by the fact the former governor/ ambassador left her high-profile job in the administration of U.S. president Donald Trump with significant personal debts.

What sort of “official actions” are we referring to?

For starters, in 2013 Haley signed legislation awarding Boeing $120 million in taxpayer-funded subsidies.  The crony capitalist giant has received more than $1 billion in taxpayer-funded subsidies or guarantees in connection with its presence in the Palmetto State – including $400 million in up-front proceeds from government-issued bonds to build its gleaming North Charleston, S.C. facility.

The company also received another $306 million in property tax breaks in connection with its taxpayer-funded incentives tab.

In addition to supporting these handouts, Haley was also a vocal (albeit hypocritical) opponent of unionization at Boeing’s South Carolina facility – frequently using her bully pulpit to campaign against organized labor’s efforts to gain a foothold in the Palmetto State.

Her efforts were successful, too, although the International Association of Machinists and Aerospace Workers (IAM) was able to establish a small beachhead at the facility last spring.

Union drama continues at the facility to this day …

Our view?  Announcements like these are precisely why we believe the process of government officials picking winners and losers in the private sector is so interminably and irredeemably corrupt.  Not only are these handouts patently unfair to existing businesses (and taxpayers), they create incestuous ties between politicians and the corporate interests pulling their strings.