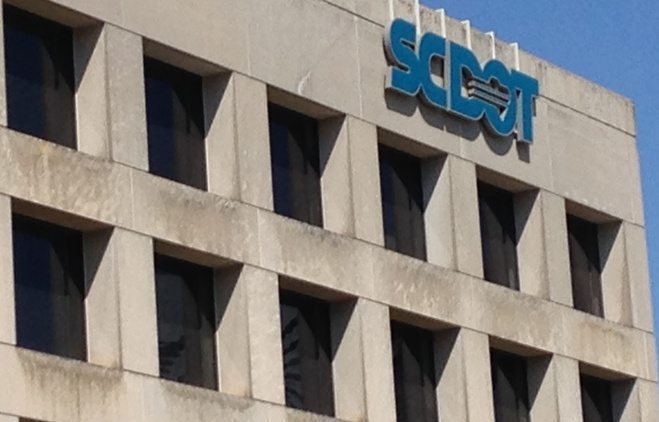 The number of employees pulling down six-figure, taxpayer-funded salaries at the scandal-scarred South Carolina Department of Transportation (SCDOT) has nearly doubled within the past five years, records published by reporter Rick Brundrett of The (Columbia, S.C.) Nerve revealed.

The news comes on the heels of a controversial 31.5 percent pay hike awarded to Christy Hall, the director of the results-challenged bureaucracy.

Their average salary clocked in at $72,905 (again, not including benefits or perks).

To be clear: This news outlet does not begrudge state employees receiving a fair salary for their work so long as they are performing core functions of government (like infrastructure). All we ask is for employee salaries – like all other government expenses – to be handled transparently (which for the most part they are) and to be assessed comparatively based on other similar positions.

As for Hall’s massive salary, she is currently making $23,333 more per year than outgoing North Carolina Department of Transportation (NCDOT) director James Trogdon – although the Tar Heel State’s transportation czar oversees an agency that is more than twice as big as SCDOT.

That strikes us as out-of-whack … even if Hall were presiding over an agency that produces positive results for the citizens of her state.

As we pointed out earlier this month, the deplorable condition of South Carolina roads and bridges continues to worsen even as more money is thrown at the situation. State leaders continue to do less with more while at the same time resisting calls for better prioritization of scarce resources.

The results? Dysfunction … and death.

SCDOT is receiving a whopping $2.6 billion in the current fiscal year – which ends on June 30.  That’s a $191 million (or 8 percent) increase from the previous fiscal year (2018-2019).  Also worth noting?  A big chunk of this funding increase – $53 million – was earmarked for maintenance work.  Furthermore, as we reported last fall, the S.C. Transportation Infrastructure Bank (SCTIB) has at least $650 million it could devote immediately to long-overdue interstate modernization – freeing SCDOT to focus resources on maintenance and resurfacing projects.

And let’s forget the proceeds from the next round of gas tax hikes – scheduled to take effect on July 1 – and any additional budget increases improved by lawmakers between now and July 1.

SCDOT has more than enough money to adequately address infrastructure needs in this state … it just refuses to put the money where it is needed.

Instead,  South Carolina leaders continue to pump hundreds of millions of tax dollars into crony capitalist giveaways (here and here) that siphon resources away from public priorities in order to subsidize corporate welfare – not to mention non-priority political boondoggles like Interstate 73.

Hall has not only presided over this glaring lack of prioritization – she has championed it.

Not only that, she has been credited by liberal legislative leaders like Hugh Leatherman with helping them pass a regressive (and thus far totally ineffective) gas tax hike back in 2017.

Hall was nominated as SCDOT secretary back in the fall of 2015 by former governor Nikki Haley (the two were college roommates). She was Haley’s third secretary in a span of less than two years. Her first choice for the job – retired military man Robert St. Onge – was busted driving under the influence in February 2014.  Oakley, her second choice, was forced out by lawmakers in June of 2015.

While governors appoint SCDOT secretaries, lawmakers still control the commission that runs the agencies. And as we noted in our original treatment of Hall’s huge pay raise, a legislatively controlled committee sets the salaries for its leaders.

“In the end, although (SCDOT) is considered part of the executive branch, the Legislature holds the real power over it,” Brundrett concluded in his latest article.

Indeed … and that split accountability is one of the reasons their is no real accountability over this agency, hence its ongoing failure to do the job it is assigned to do (despite taxpayers coming out of pocket more and more each year).

Santee Cooper Called Out For Not ‘Playing By The Rules’