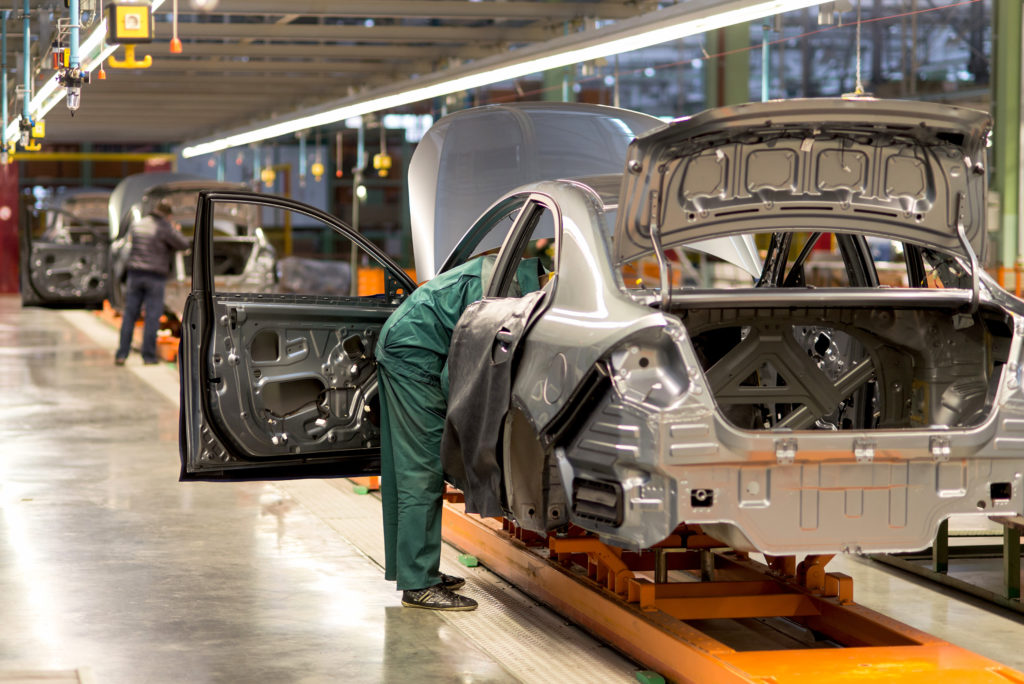 At a time when its most basic infrastructure needs are going unmet, politicians in the Palmetto State decided it would be a good idea to blow $40 million on an interchange for a company owned by a Chinese billionaire.

Was that a good bet? Self-proclaimed “economic developers” insist Volvo will eventually bring 4,000 jobs to South Carolina – along with its announced capital investment of $1.1 billion. But these claims – and other boasts from the crony capitalist class in support of similar handouts – have been exposed in recent years as fiction.

Of course the $40 million Volvo interchange (at mile marker 189 on Interstate 26) is a mere fraction of the total taxpayer tab associated with this corporate giveaway. As we noted in our most recent article on Volvo, the corporate handout awarded to Chinese billionaire Li Shufu has proven to be much costlier than governor Nikki Haley and other state leaders initially promised … even as Volvo continues falling well short of its projected employment totals.

Things are getting worse, too …

According to our sources, Volvo has been forced in recent months to cancel contracts for nearly all of its non-direct workers in South Carolina – resulting in an estimated 300-400 employees losing their jobs.

Officially, Volvo had at best around 900 directly employed full-time workers at its cavernous Ridgeville, S.C. compound earlier this summer – with another 600 employees working at the facility via contracts issued through temporary hiring companies (for a total of 1,500 workers).

In addition to the reported loss of several hundred contract workers, the full-time work force at the facility has reportedly declined to around 800 workers in recent months, according to our sources, who contend that many of those fired were supporters of the growing United Auto Workers (UAW)  presence at the plant.

If our sources’ estimates are accurate, that would mean Volvo has seen its total work force decline from roughly 1,500 this summer to between 1,000 and 1,100 today. That is a significant reduction in force, and it has reportedly transpired without so much as a peep from the mainstream media … which gushed extensively on the “success” of this crony capitalist boondoggle years ago.

“They’re avoiding an actual ‘layoff’ situation,” one of our sources told us. “Fired as many as they could under sketchy circumstances … then (let go) all the un-obligated contract labor. All that is left (are) the stragglers what were direct hires.”

In addition to the work force attrition, Volvo has reportedly scaled back its productivity goals for the Ridgeville plant. According to our sources, the company’s daily production goal has been reduced from 190 “completed assemblies per station” to 144 such assemblies.

“To justify the lower man power the number was reduced,” one of our sources told us. “So now the work can be done with (a) skeleton crew but they’re still busting ass to do it.”

As we did during the publication process for our previous story, we reached out to Volvo spokeswoman Stephanie Mangini in the hopes of getting the company’s perspective on all of this.

As of this writing, we have yet to hear back from Mangini … but if that changes we will let our readers know. And again, this news outlet has an open microphone policy … meaning Volvo executives, UAW representatives, current/ former plant workers any other interested parties are welcome to address our readers and share their unfiltered thoughts and perspectives on this matter.

Despite the recent struggles at the South Carolina facility, Volvo is selling plenty of cars. According to its latest figures, it sold 8,807 vehicles in October, a whopping 20.2 percent increase from the same month a year ago. So far in 2019, Volvo has sold 86,239 vehicles, an uptick of 6.1 percent from the previous year.

The S60 – which is the sedan manufactured in South Carolina – accounted for 2,193 of the vehicles sold last month. That is the best month for S60 sales since July 2016, according to company records.