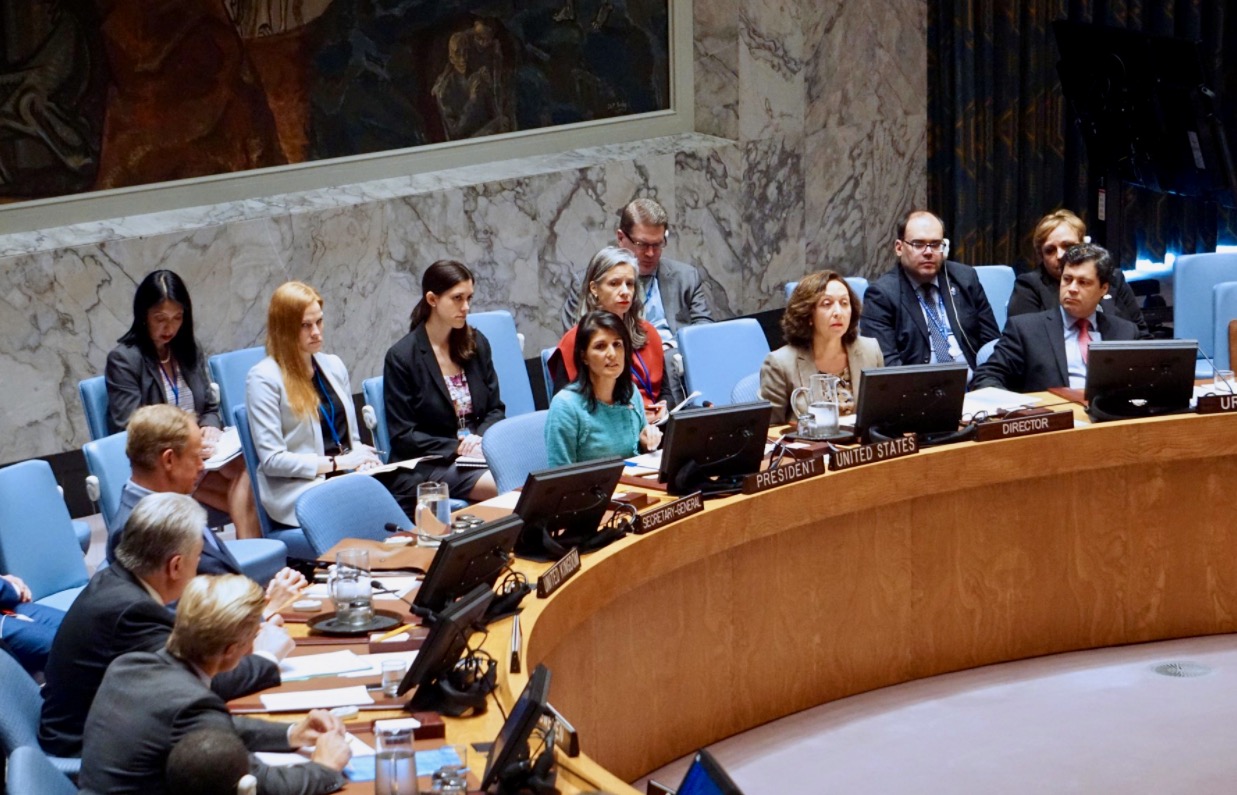 UN AMBASSADOR FINALLY GETS REINED IN …

Earlier this month we wrote a lengthy column suggesting that the administration of Donald Trump “put a leash” on its ambassador to the United Nations, Nikki Haley.

Our rationale?  That Haley was flat out fabricating things as well as talking out of her ass … admittedly.

“I’m not going to talk about where the president is, because I don’t know,” Haley told NBC last month.

Lies and lack of knowledge notwithstanding, the former South Carolina governor has embarked on a neoconservative media blitz that’s made her the darling of the Washington, D.C. establishment – and revived talk of her presidential aspirations.

This week, though, Trump’s administration finally dropped the hammer on Haley.

According to The New York Times, Haley must now clear her public remarks with the U.S. State Department in the event those comments differ from the talking points she’s been provided.

“They didn’t put a leash on her as you suggested – they fitted her for a choke collar,” one White House source commented to us.

“In an apparent attempt to foster greater coherence in American foreign policy, State Department officials are urging (Haley) aides to ensure her public remarks are cleared by Washington first,” the Times story noted.  “An email drafted by State Department diplomats urged (Haley’s) office to rely on ‘building blocks’ written by the department to prepare her remarks.”

The State Department email went on to say that Haley’s comments must be “re-cleared with Washington if they are substantively different from the building blocks, or if they are on a high-profile issue such as Syria, Iran, Israel-Palestine or (North Korea).”

In other words if Haley is going to be talking about anything other than Micronesian trade policy or the price of grain in Equatorial Kundu, she now needs permission to speak.

“Does everybody like Nikki?” Trump asked visiting diplomats at the White House this week, adding “otherwise, she could be easily replaced.”

Trump made it clear he was joking, saying “I promise, we don’t do that,” and telling Haley she was doing a “fantastic job” at the UN.  Still, a round of nervous laughter settled over the room – which was full of globalists who love Haley’s hard-core “neoconservatism.”

To be clear: Haley’s rash of off-script rhetoric isn’t an example of a bold, principled young leader speaking for herself.  As we noted in our prior report, Haley has been regurgitating the same globalist talking points she spouted back in 2016 as a mouthpiece for Marco Rubio’s failed presidential bid.

Advising Haley then – and now – is Jewish neoconservative pollster and political consultant Jon Lerner (below, far left), who certainly appears to be whoring Haley out politically on the national stage every bit as aggressively as he whored out another former S.C. governor – Mark Sanford.

Haley is a puppet, people – all that’s changed is who is pulling her strings.