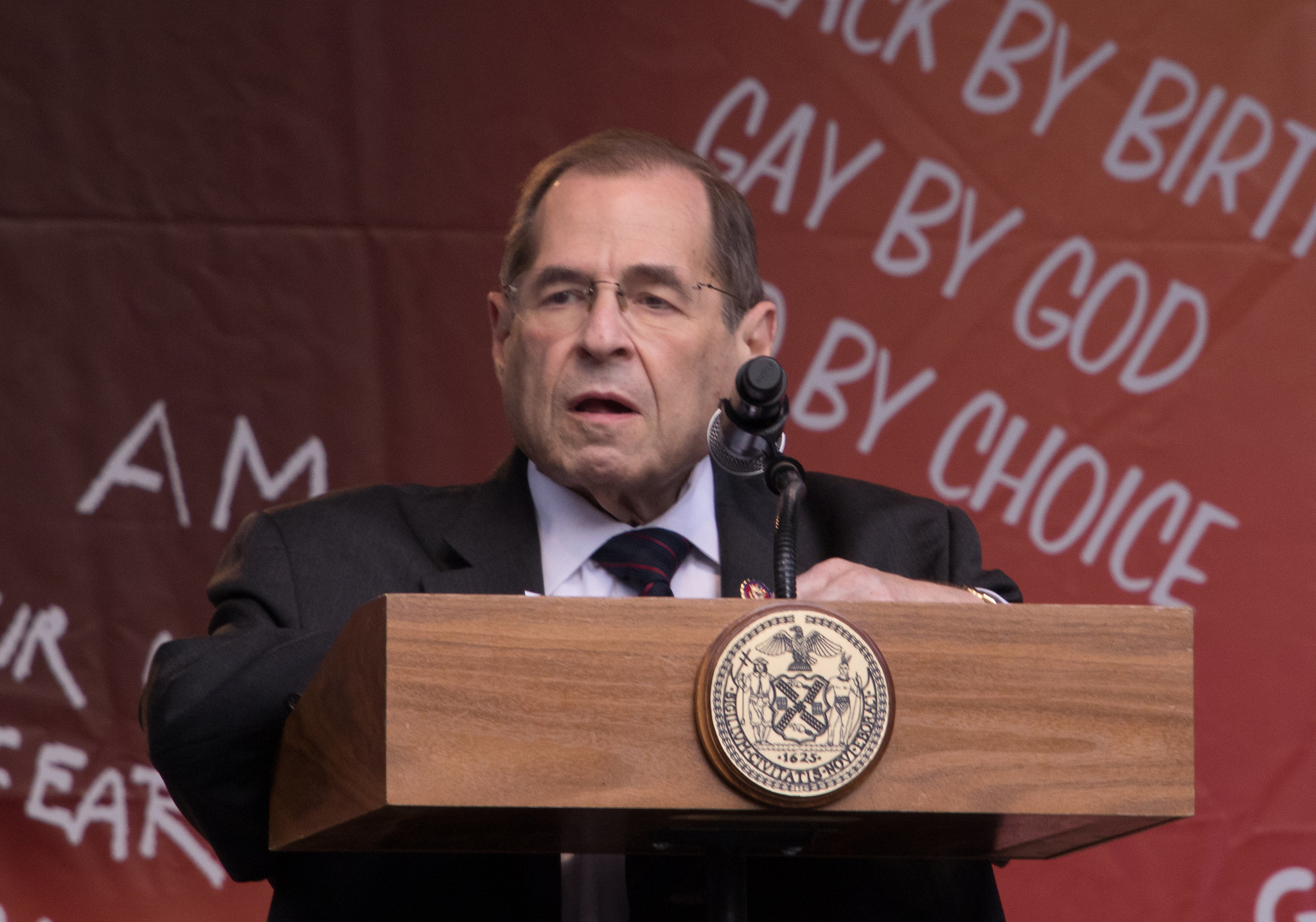 The emperor Napoleon Bonaparte once offered students of military history some sage advice … “never interrupt your enemy when he is making a mistake.”

Apparently, Democrats in Washington, D.C. never got that memo …

This week, judiciary committee members in the U.S. House of Representatives are set to vote on procedures that would govern an “impeachment investigation” into U.S. president Donald Trump – claiming the nation’s chief executive obstructed justice in connection with Robert Mueller’s investigation into Russian meddling in the 2016 presidential election.

“President Trump went to great lengths to obstruct special counsel (Robert) Mueller’s investigation, including (his) attempts to remove the special counsel and encourage witnesses to lie and to destroy or conceal evidence,” U.S. House judiciary committee chairman Jerry Nadler said in a statement. “Anyone else who did this would face federal criminal prosecution.”

“No one is above the law,” Nadler continued. “The unprecedented corruption, coverup, and crimes by the president are under investigation by the committee as we determine whether to recommend articles of impeachment or other Article I remedies. The adoption of these additional procedures is the next step in that process and will help ensure our impeachment hearings are informative to Congress and the public, while providing the president with the ability to respond to evidence presented against him.”

Democrats have flirted with impeachment for months, egged on by their liberal base even as more “moderate” members of the party – including House speaker Nancy Pelosi – have cautioned against undertaking the process.

Momentum for impeachment reached its nadir back in July when Mueller made a widely panned appearance before Nadler’s committee. Critics at points all along the ideological spectrum slammed his disjointed, evasive performance – while Trump backers rejoiced.

“A stammering, stuttering mess,” a headline from The New York Post blared.

In addition to the allegations against Trump investigated by the former special counsel (above), Democrats have signaled their intention to look into alleged hush money payoffs made to two different woman by Trump – as well as recent allegations that the president promised to pardon officials who were willing to break the law to expedite construction of his promised border wall.

So who knows where this inquiry could lead …

The problem for liberals? Public support for impeachment remains low … even as Trump remains generally unpopular with broad swaths of the electorate. According to a recent Monmouth survey (.pdf), only 35 percent of Americans believed Trump should be impeached compared to 59 percent who opposed impeachment.

In the same poll, only 40 percent of Americans approved of Trump’s overall job performance compared to 53 percent who disapproved.

“Donald Trump is not a popular president by most measures, but the appetite for impeachment remains low,” Monmouth polling director Patrick Murray said.

For a president to be removed from office, two-thirds of senators present in the chamber must concur with the articles of impeachment approved by the House.

Again, that has yet to happen in the American experience …

Our view? With Trump’s modest economic growth cooling and pseudo-credible Republican opposition beginning to emerge against him … why would Democrats risk the hyper-partisanship of impeachment proceedings?

Doesn’t that only help Trump?

It makes no sense … but then again, neither do the vast majority of pseudo-socialist policies embraced by their two dozen presidential candidates.

Heed the wisdom of Napoleon, Democrats …