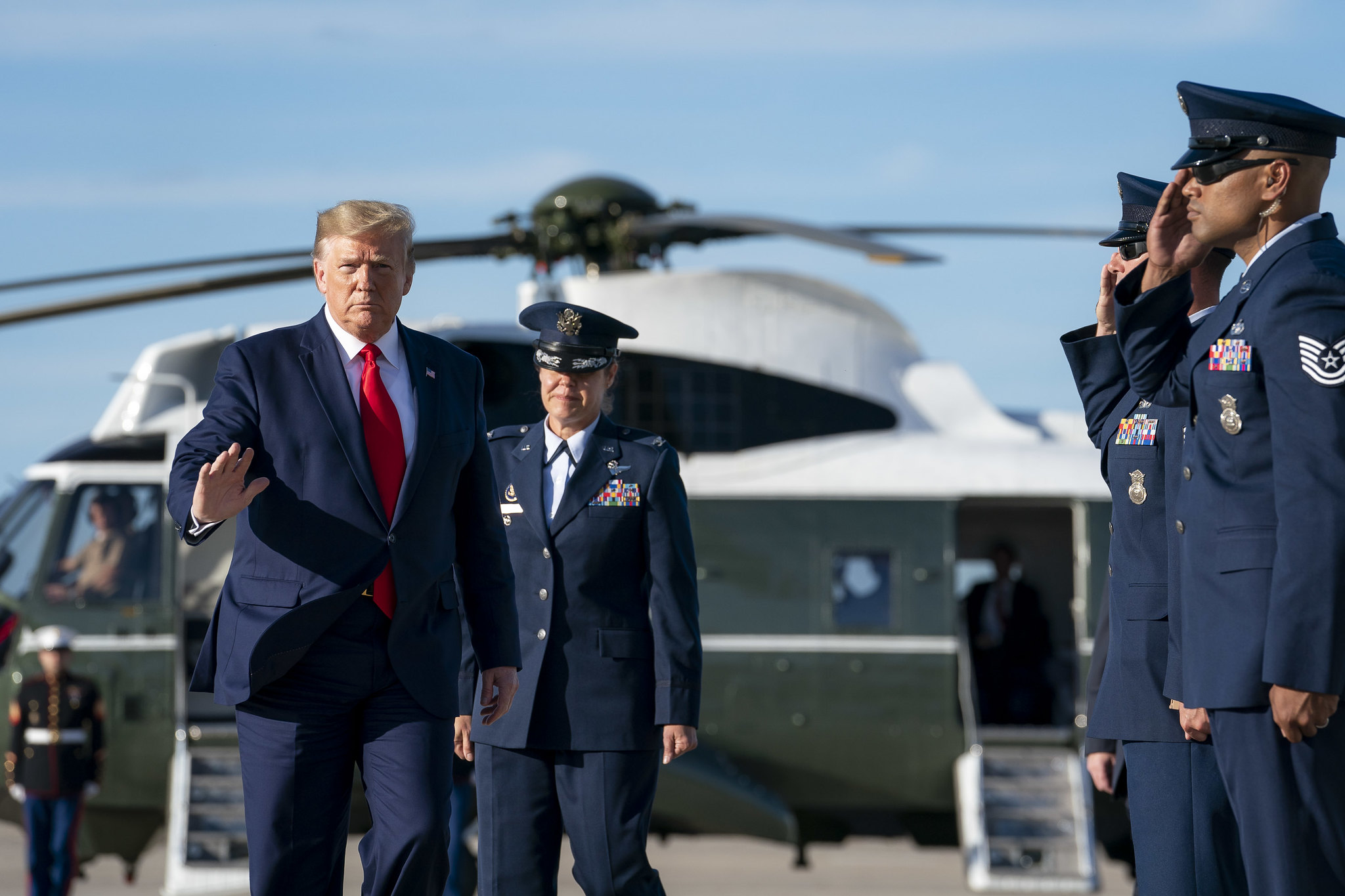 This news outlet has offered that the real reason South Carolina Republicans broke their own rules and cancelled their quadrennial “First in the South” presidential primary this cycle is that Donald Trump didn’t want the trade issue looming large in the national conversation. As one of our guest columnists noted last year, the Palmetto State has been disproportionately impacted by Trump’s trade war with China – and a national focus on that narrative could prove damaging to him in a general election.

Assuming a deal isn’t struck between now and then, anyway …

But while Trump continues negotiating with leaders in Beijing, a new issue is dominating global headlines: Impeachment.

To be clear: While this news outlet has been decidedly less-than-thrilled with Trump of late, we have taken an even dimmer view of Democrats’ impeachment proceedings against him. Simply put: We believe their effort is poorly wagered, poorly questioned – hinged on something they cannot prove. Furthermore, we believe Democrats are sacrificing their own presidential frontrunner – Joe Biden – in an effort to damage Trump.

As we have repeatedly stated, we believe Biden has the most to lose in connection with the “Ukraine meddling” scandal – as he appears to be plainly guilty of the same conduct Democrats are hoping to pin on Trump.

How are Republican voters responding to the drama, though?

Obviously national polling on impeachment is to be trusted about as much as the polls from three years ago that showed former Democratic presidential nominee Hillary Clinton beating Trump in an electoral landslide (oops).

But in reporting on some recent survey results in the formerly bright-red South Carolina first congressional district, we noticed something simpatico with what we are hearing from numerous national and “First in the South” pollsters.

Specifically as it relates to Trump’s growing “Republican problem …”

According to the survey (.pdf), published by Columbia, S.C.-based First Tuesday Strategies, 24 percent of GOP voters in this district “support a vote by the House of representatives to impeach president Donald Trump.” Of that total, 18.6 percent said they “strongly support” impeachment.

Such an intensity level in support of impeachment is unusually high given that Trump won this district by a thirteen percentage point margin in 2016. It also bodes very poorly for Republicans looking to defeat incumbent Democrat Joe Cunningham, who captured this seat in a surprising upset last fall.

The numbers are also instructive in that they mesh with what we have heard from other state and national pollsters – including those privy to Trump’s internal data. The troubling bottom line for the president in all of this? The fact that the overwhelming majority of anti-Trump Republicans (admittedly a minority in their own party) are done with the president.

They are gone – and not coming back to him under any circumstances.

Prior to impeachment, we were talking about one out of ten GOP voters, at best. Today, though, that number appears to be climbing – with the first congressional district providing a perfect case study.

Obviously, though, there is a flip side to this coin to consider. More than two-thirds of the GOP electorate in the first district “strongly opposes” impeachment – meaning they are loyal soldiers for the president.

These Republicans are not leaving Trump under any circumstances … and are making sure Cunningham knows how they feel.

Bottom line? There is a tricky tightrope to be walked here. Candidates for the GOP nomination in the first district must continue catering to the pro-Trump views of the majority of GOP primary-goers … but must also somehow refrain from alienating the one-fifth of the party that has left Trump.

Difficult calculus to be sure …

As for Trump, the situation in the first district underscores the lengthening odds he faces in swing districts (and swing states) across the nation as he undertakes the arduous task of replicating the Electoral College coalition that led him to his upset win in 2016.

“If I saw these numbers for any other candidate I’d be highly concerned and say it’s likely over,” one veteran Palmetto political strategist told us. “But trump has a MacGyver-like ability to always escape. I never count him out.”