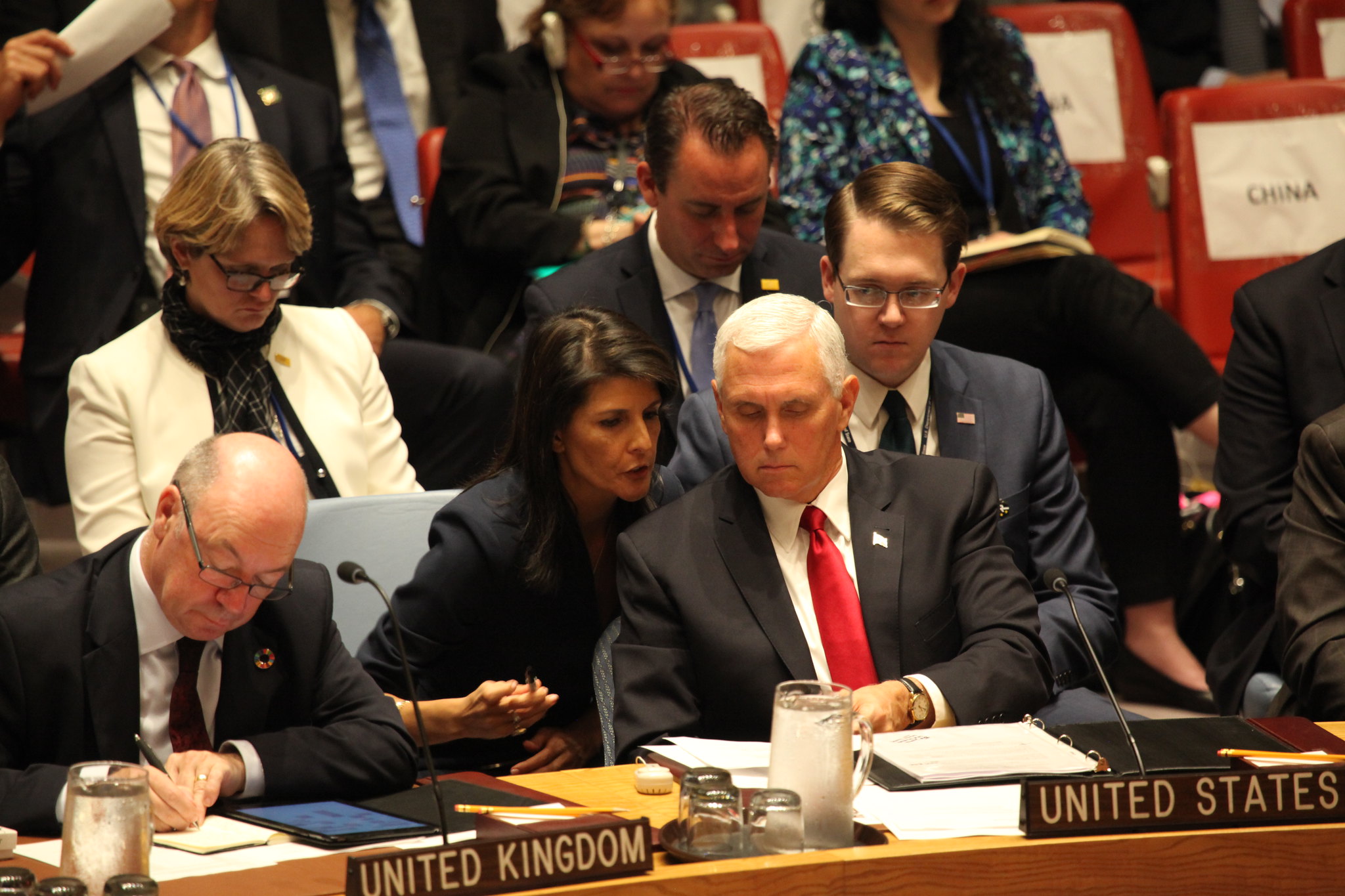 If former United Nations ambassador Nikki Haley thought a conspicuously conciliatory tweet was going to tamp down discussion about a brewing battle between her and vice president Mike Pence over the future of the Republican Party … she thought wrong.

Of course that was obviously not what she was thinking …

Haley’s gambit was all about dialing up the chatter … and further ensconcing herself as one of the top contenders for the 2024 GOP presidential nomination. Make no mistake about it: Haley is on a collision course with the politician she claims to “completely support” (and has been on this course for some time now).

People are just finally beginning to pick up the narrative … thanks in no small part to Haley’s not-so-subtle directional assistance.

Anyway, the 47-year-old former South Carolina governor is the focus of a new Politico article written by Alex Isenstadt that delves deeper into an emerging national narrative that is entirely of Haley’s making. According to the veteran reporter, there was “palpable tension in the room” last month when GOP donors gathered at an exclusive ski resort in Aspen, Colorado for a fundraising event co-headlined by … Haley and Pence.

“Neither Pence nor Haley acknowledged each other in their presentations, even though they gave shout-outs to others attending the retreat,” Isenstadt reported, noting that “a rivalry has developed between the two politicians … and signs of strain are bubbling to the surface.”

Here is more from his report …

Pence and Haley aren’t openly sniping: Publicly, both sides maintain there’s nothing but mutual respect between them. But interviews with nearly two dozen top Republicans revealed that the opposing camps are closely tracking each other’s moves, and remain deeply suspicious of one another.

The Pence team has recently asked senior Republicans for updates on Haley’s outreach to donors. And with Haley embarking on a national fundraising tour and promoting a new outside political group, top Pence advisers blame her for persistent rumors that she will replace him on the Trump’s ticket in 2020. Tensions flared after Haley chose not to publicly repudiate a Wall Street Journal column in June urging Trump to put her on the ticket.

Who has the advantage in this emerging scrape? And as it continues “bubbling to the surface” (here and here), what are its long-term implications for the future of the GOP?

In South Carolina, Haley appears to remain quite popular … certainly more so than her predecessor in the governor’s office, Mark Sanford (who is currently mulling a primary bid against U.S. president Donald Trump in 2020).

According to reporter Andy Shain of The (Charleston, S.C.) Post and Courier, “Haley holds a 75 percent favorability rating among (SCGOP) primary voters.” Meanwhile “three out of four Republicans in South Carolina believe her policies are aligned closely with Trump.”

However, Haley has been stepping up her criticism of Trump recently – which could complicate her relationship with South Carolina Republicans. And beyond that, who knows what all of those pesky opposition researchers camped out in Columbia, S.C. are going to uncover …

Ultimately, though, it does not take a political genius to see that Haley enjoys a clear advantage over Pence in their unfolding battle.

Given this news outlet’s intimately complicated history with Haley, wouldn’t it be in our best interests to shill for the vice president?

Probably … but as we noted back in June (and last October), we believe Trump would have been wise to dump Pence and add Haley to his 2020 ticket. It is simple electoral math. Hell, even Trump appeared to be considering jettisoning Pence as recently as last fall – and who better to replace him than Haley?

Simply put, just because we are not Haley fans does not mean we get to suspend political reality in assessing her prospects on the national stage.

She may be inherently untrustworthy (and yet to be fully vetted), but that doesn’t change her prospects. Or Pence’s limited upside. To the extent Haley is known nationally, she is liked nationally. And aside from her status as a minority female with an influential national constituency behind her, Haley has learned to play this game very, very well.

Her tweet about debunking the “false rumors” related to her and Pence – and the conversation it started – is further evidence of Haley’s expanding skill set as a presidential-level politician.

“Haley knows that by tweeting what she tweeted, she will start a conversation about the VP swap story,” noted CNN analyst Chris Cillizza. “What ‘false rumors?’ reporters will ask. And then they will make calls and check with sources to see what exactly, Haley is talking about. A few stories will be produced – and a few more cable TV segments will be made – that try to figure out whether there is any ‘there’ there. Even if there is nothing to Haley’s ‘false rumors’ claim, she will have effectively pushed the narrative back into the political bloodstream.”

Cillizza went on to refer to Haley’s tweet as a “Trumpian move.”

“Float something that no one is talking about. Watch them talk about it. And then, well, see what happens!” he wrote.

Indeed. As we noted several days ago, “the tweet succeeded in sparking a longer-term conversation likely to accrue to Haley’s benefit.”

We will continue keeping a close eye on the Haley-Pence intrigue, especially as it unfolds against the backdrop of a potentially deteriorating national economy that could conceivably escalate its timetable. But from our vantage point, it seems abundantly clear that Haley has the edge in positioning and tactics.