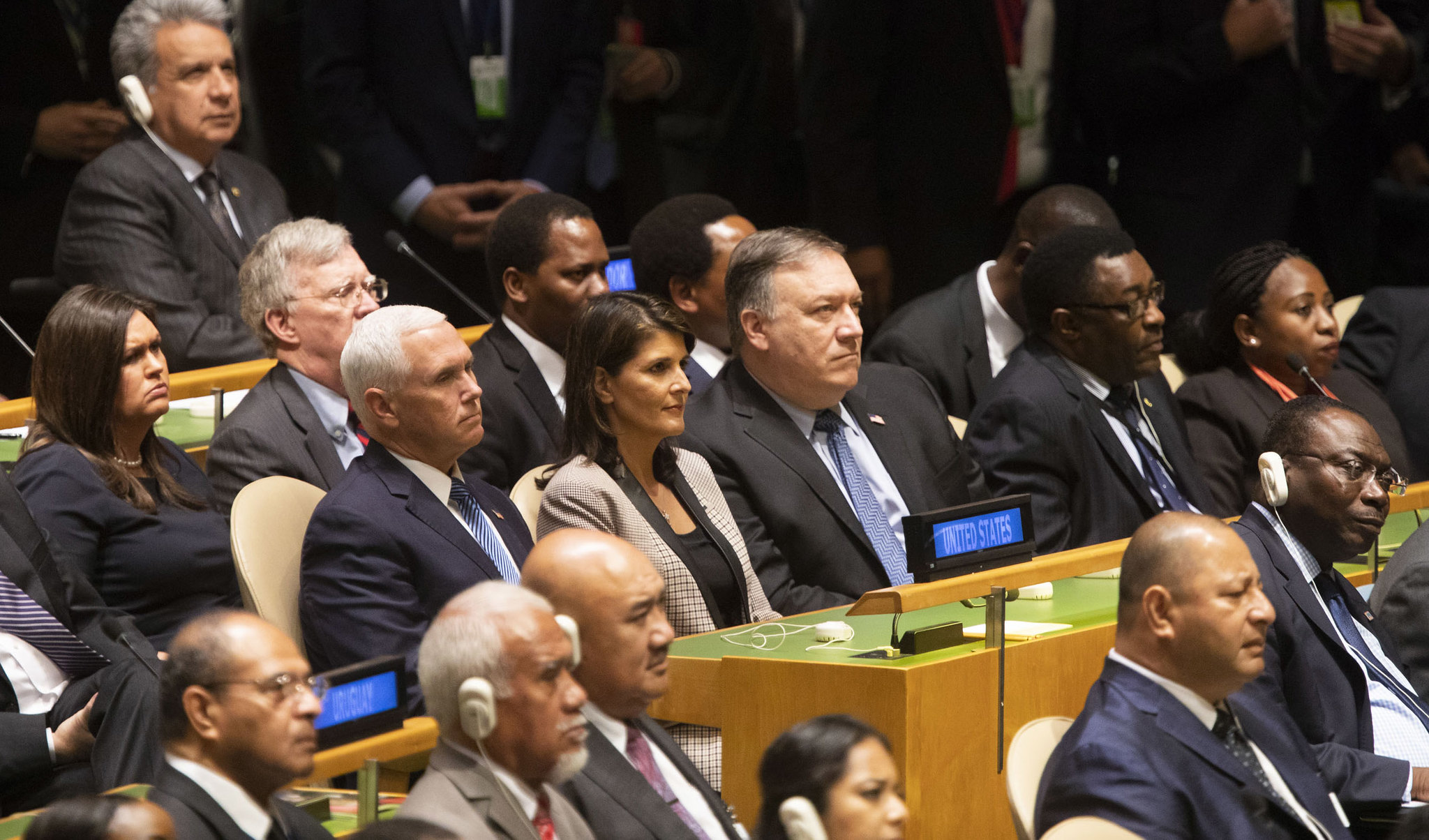 Former United Nations ambassador Nikki Haley pushed back against her critics this week, slamming them for spreading “false rumors” about her rumored interest in replacing U.S. vice president Mike Pence on the 2020 Republican presidential ticket.

“Enough of the false rumors,” Haley tweeted. “Vice President Pence has been a dear friend of mine for years. He has been a loyal and trustworthy VP to the President. He has my complete support.”

Haley’s show of support for Pence comes just weeks after a high-profile spat with Kellyanne Conway, the top political advisor to U.S. president Donald Trump. Conway took a sharp dig at Haley after she criticized the president, mocking her perceived interest in the No. 2 spot on the Republican ticket (which, if we are being perfectly honest, would probably benefit from her inclusion).

The timing of Haley’s meeting with Scaramucci led some to speculate that the two politicos were working together to undermine Trump.

(Via: U.S. Department of Energy)

Haley’s tweet in support of Pence (above) drew curious responses from the legacy media in Washington, D.C.

“The impetus for her tweet defending Pence was unclear,” reporter Brett Samuels of The Hill noted.

Within the White House, Haley was derided.

Still, the tweet succeeded in sparking a longer-term conversation likely to accrue to Haley’s benefit.

“It worked,” our intrepid D.C. Operative noted. “The ‘why doesn’t Trump dump Pence for Haley, the soccer mom, so he can secure the Nordstroms vote instead of losing because he appealed to knuckle-dragging rural people who go to church instead of brunching at the country club,’ sh*t is back.”

Despite some early reservations, Trump has made it clear he is sticking with Pence in 2020, referring to him as an “outstanding” vice president as recently as last weekend.

Is Trump smart to keep him on the ticket? We don’t know …

If the American economy is in a recession when Trump is campaigning for reelection – which appears to be an even money bet at this point – we don’t think it will matter much who is occupying the No. 2 spot on his ticket.

Nikki Haley Versus Mike Pence: Who Has The Edge In Emerging 2024 GOP Battle?