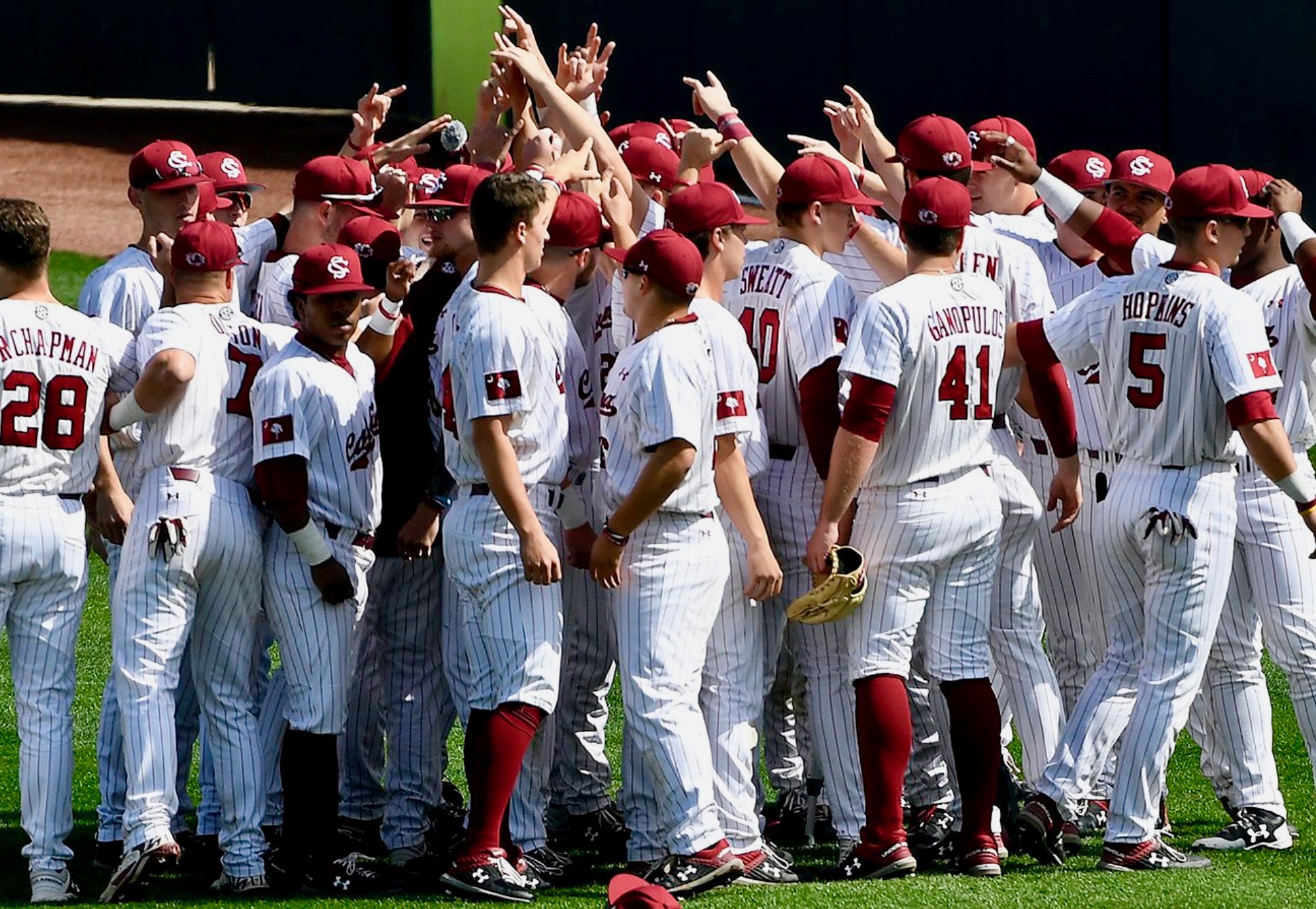 Obviously we are thrilled for head coach Kevin Epley and his team – who vanquished undefeated, top-ranked Georgia en route to capturing the conference crown – but women’s tennis is not what pays an athletic department’s bills.

Football, men’s basketball and baseball are the main draws … and right now all three programs are struggling mightily in Columbia, S.C.

Having written recently on the woes befalling Gamecock football and men’s basketball, our attention today turns to the school’s baseball program – which is currently moving in the wrong direction under second-year head coach Mark Kingston.

After racing to a 14-3 record in non-conference play (including its first series win over arch-rival Clemson since 2014), South Carolina has fallen apart over the last six weeks. The Gamecocks have dropped to 23-17 overall after losing their sixth consecutive SEC series against No. 7 Texas A&M last weekend.

Can the Gamecocks still make the NCAA tournament? Yes … but a radical and immediate reorientation is required. A far more likely outcome is that this year’s squad winds up posting South Carolina’s worst conference record since it entered the SEC way back in 1992.

Obviously, such outcomes are unacceptable for a program that made the NCAA tournament fifteen years in a row from 2000-2014 – a run that included six College World Series (CWS) appearances, four trips to the CWS finals and a pair of national championships in 2010 and 2011.

Gamecock baseball making the postseason was supposed to be autonomic … like breathing.

Kingston inherited a program that missed the NCAA tournament twice during Holbrook’s final three years – and his first squad delivered a regional postseason championship. But South Carolina’s CWS drought is now in its seventh season, and Kingston’s team is clearly backsliding – not to mention underperforming the modest expectations set for it ahead of the 2019 campaign.

Is the 48-year-old Buffalo, New York native on the hot seat? No, not yet … but how the Gamecocks close out 2019 will go a long way toward determining his status in 2020.

Meanwhile, we continue to believe the next three academic semesters constitute a “make-or-break” period for Tanner – particularly with the school ramping up its search for a new president. The 61-year-old inherited an athletics department on the upswing in 2012 – including his wildly successful baseball program.

With a few notable exceptions (here and here), Tanner has guided Gamecock athletics back to mediocrity – particularly in football.

His saving grace so far? South Carolina fans have a lot of experience cheering for mediocre programs …