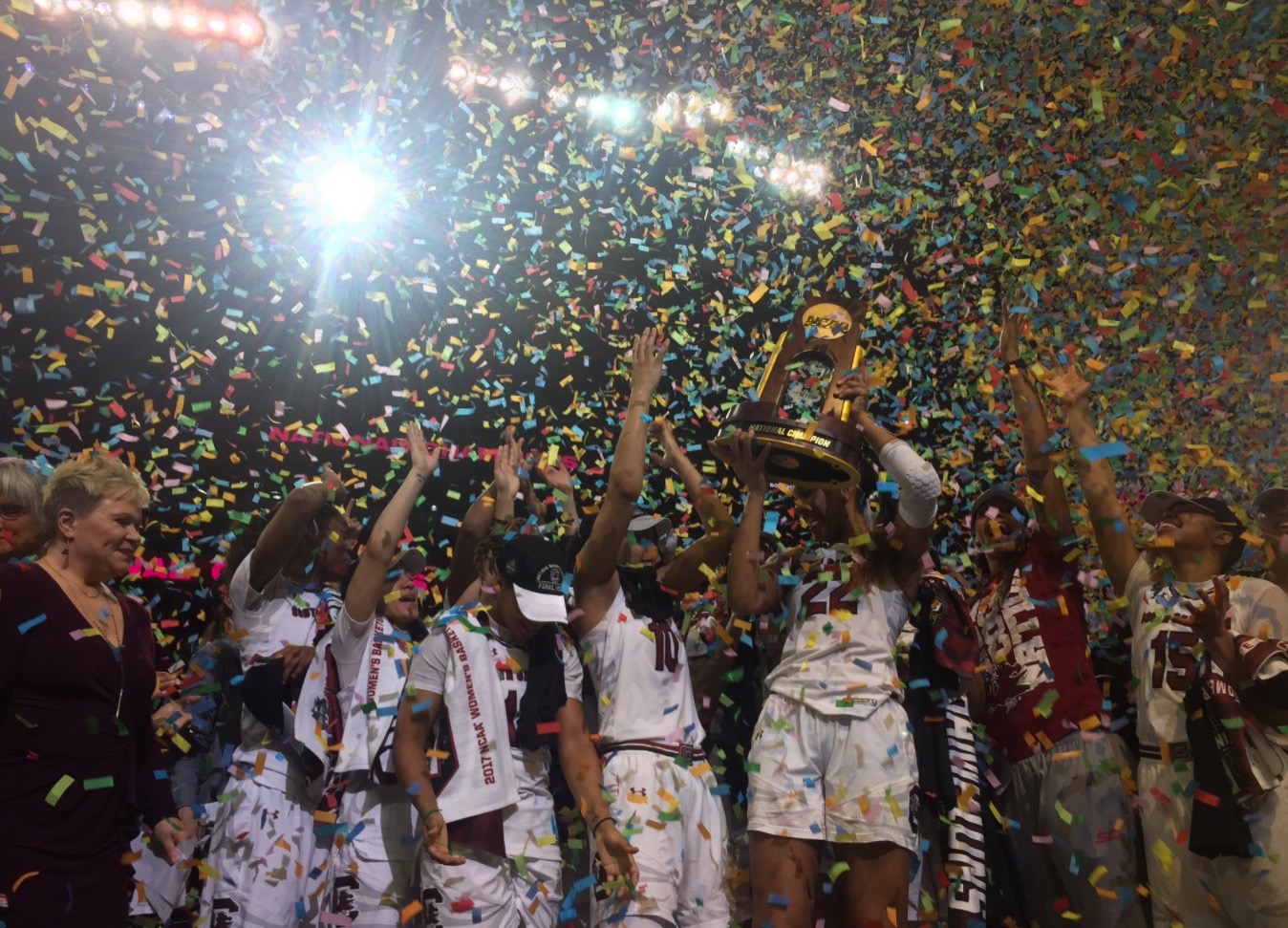 To be the best you’ve got to beat the best …

Or, have Mississippi State do it.  And then beat them …

The latter path was the one the University of South Carolina women’s basketball program took to its first-ever national championship – a 67-55 win over Bulldogs (34-5), who previously fell to the Gamecocks (33-4) in the Southeastern Conference championship game a month ago.

The Bulldogs faded down the stretch, but they trailed by just four points when Jazzmun Holmes nailed a jump shot with 6:52 remaining in the fourth quarter.

For a moment, it appeared as though they were on their way to becoming just the third team in NCAA history to knock off a trio of top seeds en route to the championship.

Two days earlier, the Bulldogs stunned four-time defending national champion Connecticut – which was riding a 111-game winning streak that included multiple wins over Staley’s teams.  South Carolina fell to the mighty Huskies 66-55 back in February in Storrs, Connecticut.  Last season, the Gamecocks lost at home to Connecticut 66-54 – the team’s only regular season defeat.

Could South Carolina have taken the Huskies in a title game?

We may find out next year, as Wilson and Gray return to lead a Gamecock squad that’s already talking about repeating as champions.

“Just be with us next year, we’re trying to be in this same spot next year,” Wilson said after the game as she was honored with the Most Outstanding Player (MOP) award for the 2017 NCAA tournament.

In her ninth year at South Carolina, Staley has posted a remarkable 221-80 record – including a 97-45 mark against conference foes.  Her teams have made the NCAA tournament six consecutive years, and have won both the SEC tournament and regular season titles three years running.

Prior to her arrival in Columbia, S.C., the Gamecocks had just eight all-time NCAA tournament appearances and had never advanced beyond the Elite Eight.