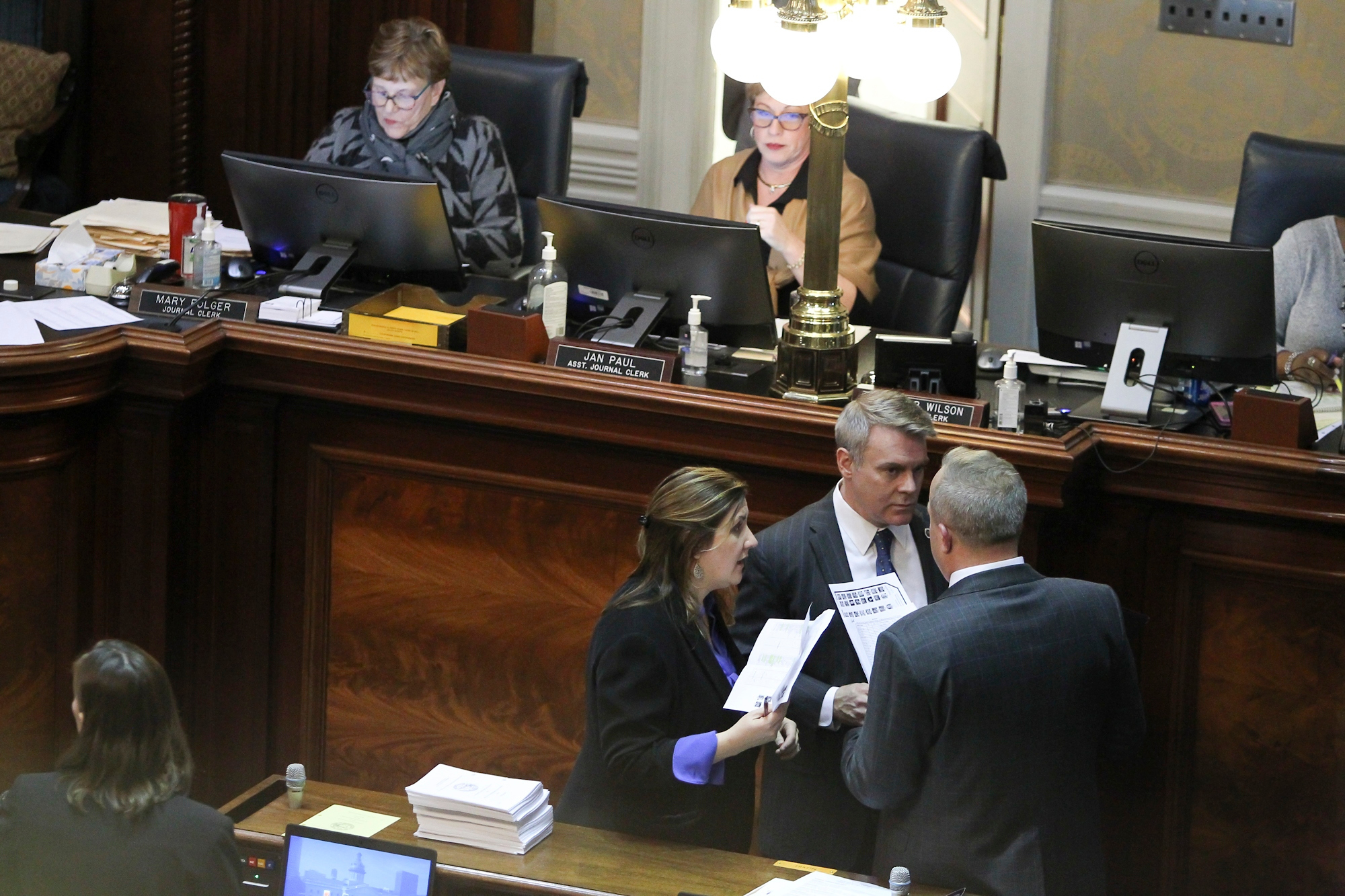 An Upstate South Carolina businessman has a message for anyone looking to run against him in the special election for S.C. House District 19 (map).

The message? It’s gonna cost ya …

Patrick Haddon, 41, of Greenville, S.C. filed paperwork with the S.C. State Ethics Commission (SCSEC) earlier this month indicating that he had a whopping $125,000 in his campaign account for this race – which as of this writing has yet to draw any other GOP candidates.

Haddon is seeking the Greenville County seat vacated by longtime state lawmaker Dwight Loftis – who won a special election on March 26 for S.C. Senate District 6 (map). Prior to being elected to the Senate, Loftis had represented this House district for 23 years.

“Patrick Haddon’s strong commitment to his family reflects his deep commitment to traditional family values, which stand as the foundation for a stable community and society,” Loftis (above, with Haddon) said in a statement.

Haddon also received an early endorsement from state representative Adam Morgan, who cited the former’s views on two hot-button issues as being among his reasons for supporting Haddon’s candidacy.

“Patrick Haddon is a staunch supporter of the Second Amendment, an avid protector of the unborn, and a pro-business conservative,” Morgan said.

More endorsements are coming, we are told …

Haddon is one of two announced candidates for this seat. On the Democratic side, higher educrat Carrie Counton – who was defeated by Loftis in 2018 – has announced that she will be a candidate in the special election.

Candidates have until noon this Saturday (April 27, 2019) to formally file paperwork for the office.

Partisan primaries and runoffs would take place on June 18 and July 2, respectively, if necessary. The special election itself is currently scheduled for August 20.

Given the staunch social conservative bent of this district, we believe it is next-to-impossible for a Democrat to emerge victorious in this contest – which means the real action will be on the Republican side. Of interest? In addition to the endorsements he has already announced, Haddon appears to have the backing of former GOP gubernatorial candidate John Warren – who came close to defeating incumbent Republican governor Henry McMaster in last spring’s partisan runoff elections.

The Upstate business leader – who carried Greenville County with 72 percent of the vote during the 2018 runoff – has remained politically active in the aftermath of his defeat, prompting speculation that he may run for elected office again in the near future.

Santee Cooper Wants A Taxpayer Bailout After All …

SC Corruption: “Tip Of The Iceberg?”