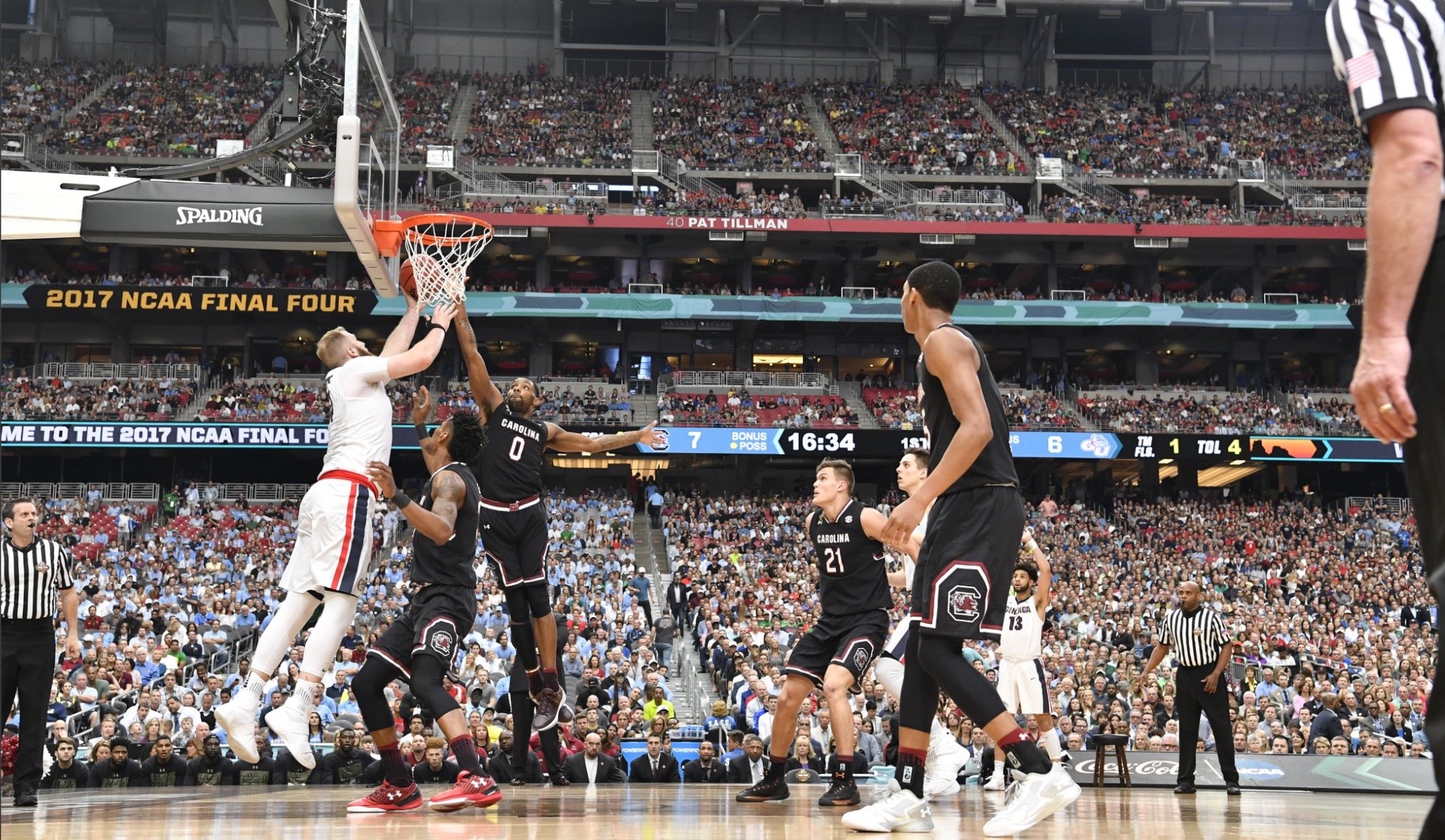 Its dancing days may be done for now, but the University of South Carolina men’s basketball team left no doubt this season as to whether the program belonged in the “Big Dance.”

The Gamecocks (26-11) – playing in their first NCAA tournament in more than a dozen years – took No. 1 seed Gonzaga down to the wire in a thrilling national semi-final game.

The Zags (37-1) emerged victorious – hanging on for a 77-73 win after coughing up a fourteen-point lead to the “Comeback Cocks” midway through the second half.

Head coach Frank Martin‘s undersized squad – known for its second half dominance – trailed 65-41 when Gonzaga’s Nigel Williams-Goss hit a free throw with 10:55 left in the game.  At that point, it seemed as though the Zags were going to coast to the title game against the overmatched Gamecocks.

But South Carolina and its scrappy, “Tenacious D” finally came alive – and offensive stars Sindarius Thornwell and PJ Dozier finally started to get into a groove offensively.

Gonzaga wouldn’t score again for the next four minutes and ten seconds – during which time South Carolina embarked on a 16-0 run to take a 67-65 lead.

Leading the comeback?  Junior forward Chris Silva, who had five points, six rebounds, a steal and a block during South Carolina’s 16-0 run.

The Zags’ big break occurred at the 6:45 mark when freshman forward Zach Collins heaved up an ugly three point attempt that clanged hard off the iron and – for a moment – seemed as though it would spark another Gamecock transition and extension of South Carolina’s run.

Collins’ misfire somehow ricocheted and dropped into the net – giving Gonzaga a 68-67 lead.

They would never relinquish it en route to punching their ticket to Monday night’s championship game against the University of North Carolina.

Despite the tough loss, South Carolina made program history this year – winning a school record 26 games and reaching the Elite Eight and Final Four for the first time ever.  Not a bad showing for a squad that hadn’t won an NCAA tournament game in forty-four years.

Can Martin keep the good times rolling?  Gamecock fans certainly hope so.  He obviously still has his critics – especially when it comes to recruiting – but after five years there is no doubt he has completely reoriented the trajectory of the South Carolina program.