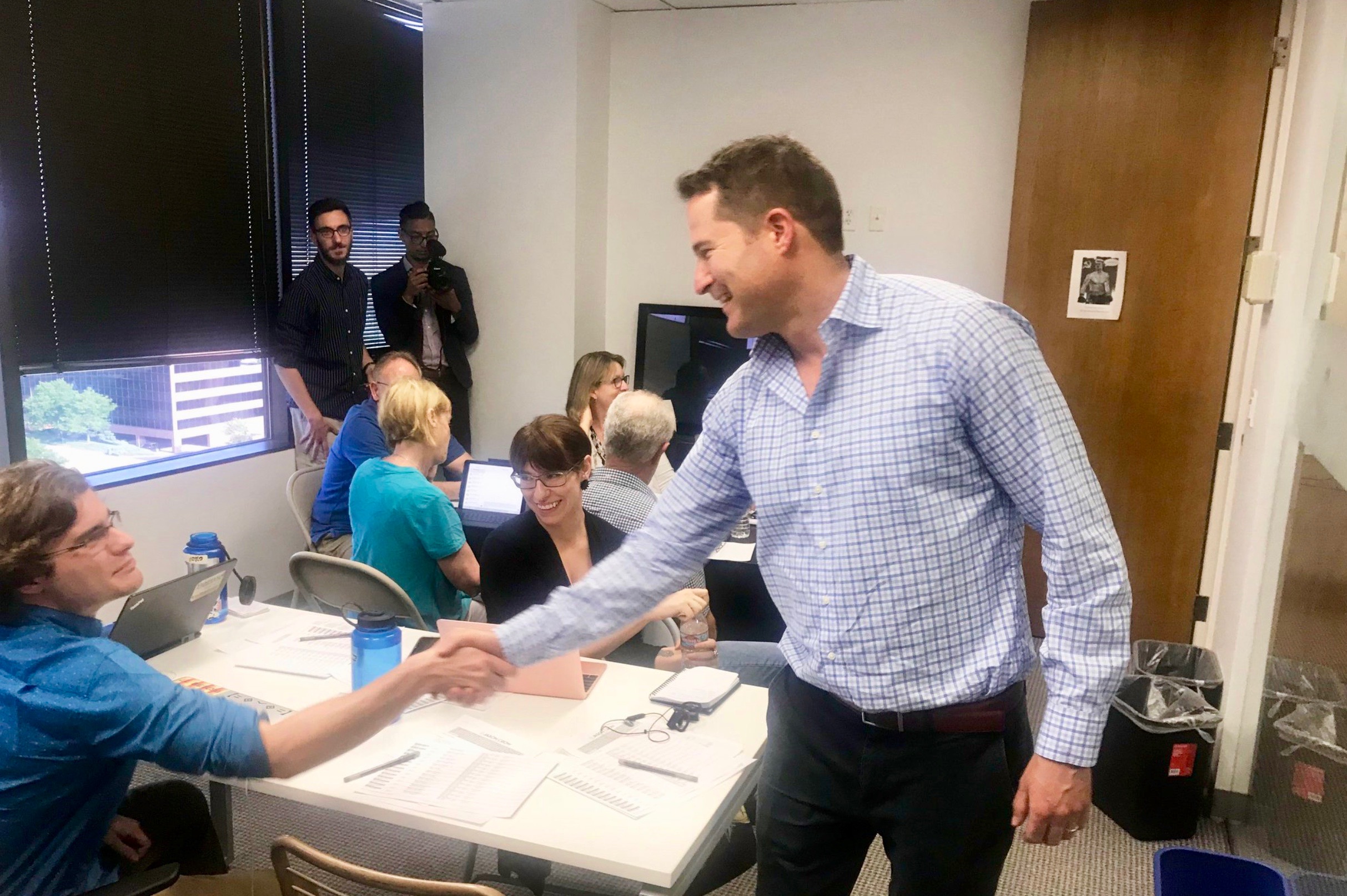 The names keep piling up … although it remains to be seen whether any of them is capable of uniting an increasingly divided party.

Or for that matter, capable of rational thought …

The latest Democrat to declare for the White House is U.S. congressman Seth Moulton of Massachusetts, a 40-year-old Marine captain who served four tours of duty in Iraq.

Moulton has represented Massachusetts’ sixth congressional district since 2015 – which is when he unseated longtime congressman John Tierney. A staunch critic of liberal leader Nancy Pelosi, Moulton is one of many Democrats arguing on behalf of new leadership for the party – and one of many presidential candidates vowing to provide such leadership.

“The greatest generation saved our country from tyranny.” Moulton said in his announcement video. “It’s time for our generation to step up and do the same.”

Is the product of Phillips Andover and Harvard providing anything beyond new packaging for a familiar (and failed) liberal refrain, though?

We shall see … but we highly doubt it.

Governor Jay Inslee of Washington and former governor John Hickenlooper of Colorado are also in the mix, as are author Marianne Williamson and liberal entrepreneur Andrew Yang.

For those of you counting on fingers and toes, that is nineteen candidates … with former U.S. vice president Joe Biden still waiting in the wings.

On the GOP side, there is only one challenger to incumbent Donald Trump – former Massachusetts governor William Weld.

Can any of these candidates – Trump included – actually succeed in making America great again? Or perhaps the better question is this: Can America be made great again?

Or has the event horizon already been crossed?

As the unsustainable nature of the United States’ domestic and foreign policies comes into clearer focus, you would think the elected officials seeking to lead it might adjust their policies to reflect rapidly encroaching new realities. Sadly, Democrats are tripping over themselves in an effort to lurch even further leftward ideologically (i.e. escalating the unsustainability) – while Trump has made it clear through his fiscally liberal policies that he is part of the problem in Washington, D.C.

Where should Americans turn in such a situation? Good question …

Boeing: Back Under The Microscope