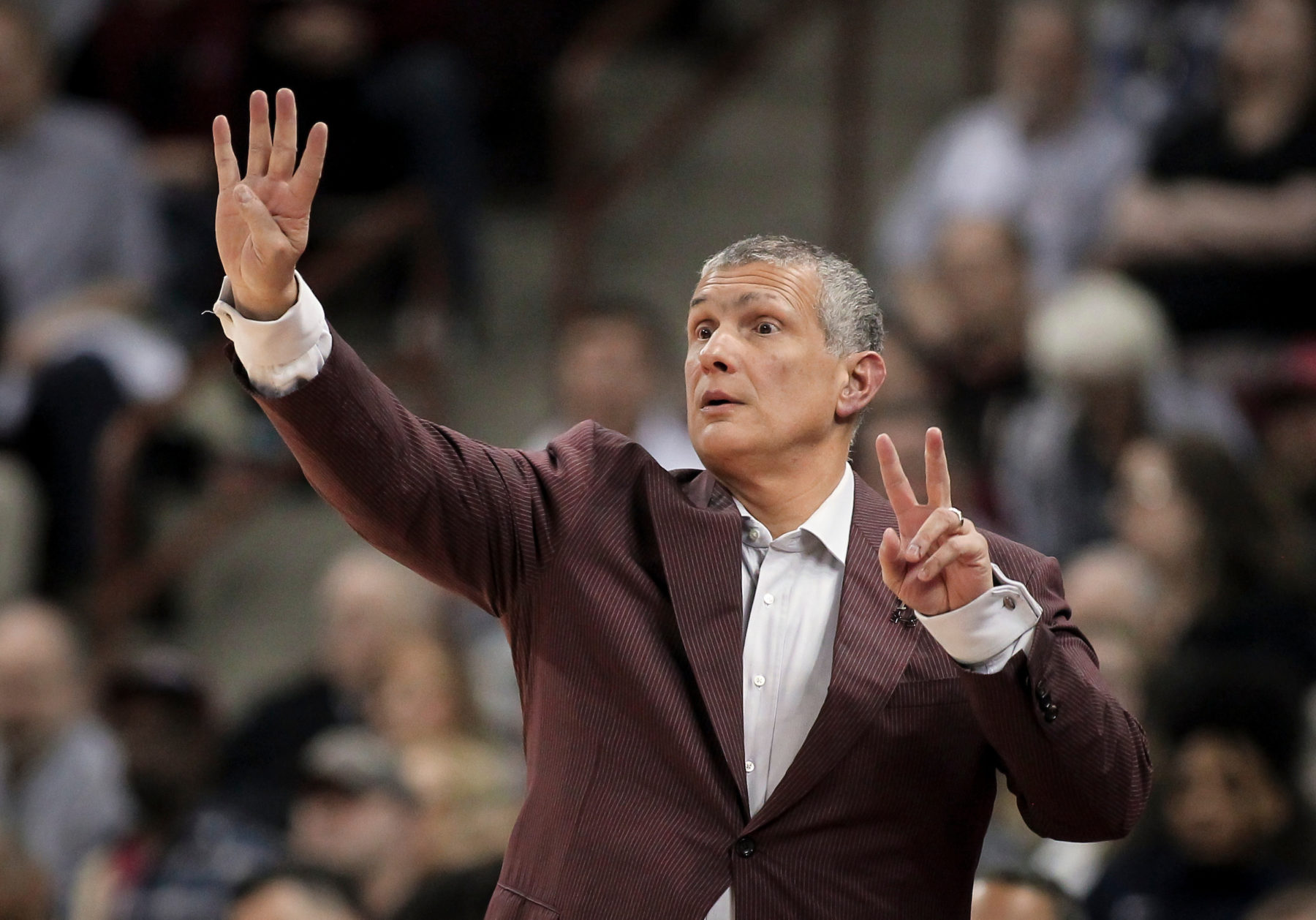 It was a terrible season for the University of South Carolina’s men’s basketball program. Head coach Frank Martin’s team failed to meet expectations from the very beginning, and the coach (as is his custom) did not handle the adversity all that well.

Wait … a second consecutive middling campaign? Where have we heard that language before? Oh right … we wrote it.

“A second straight middling campaign could begin to raise the temperature” under Martin’s seat, we wrote back in December.

Well in March, we have precisely such an outcome … a 16-16 record that failed to earn the Gamecocks an invitation to the “Not Invited Tournament,” let alone the Big Dance.

Adding insult to injury? Columbia, S.C.’s cavernous, antiseptic Colonial Life Arena is hosting the first and second round of the NCAA Tournament this weekend. Needless to say, this is hardly the way the Palmetto State’s long-suffering capital city wanted to celebrate hosting its first NCAA tournament in fifty years – especially after South Carolina was touted during the preseason as a “bubble team” for this year’s tournament.

To be fair: The Gamecocks were rocked by injuries. In late November, starting forward Justin Minaya went down with a knee injury that required season-ending surgery. Minaya was averaging 7.4 points and 5.6 rebounds per contest at the time of his injury, and was one of the Gamecocks’ top defensive players.

He received a medical redshirt and will enter the 2019-2020 season with three years of eligibility remaining – part of a solid nucleus of returning young talent. Freshman guard T.J. Moss – another key component of that young nucleus – also took a medical redshirt after undergoing foot and ankle surgeries back in December.

In addition to the injuries, it took senior all-SEC forward Chris Silva more than half of the season to show up.

Little did we know, though, that it might be Martin (not the Gamecock faithful) who is looking for the exit ramp. After all, with a few rare and fleeting exceptions, South Carolina fans have grown quite accustomed to mediocrity over the past century-plus in most every sport.

Martin is accustomed to succeeding … and several Gamecock donors we spoke with recently told us he is searching for a “basketball school” where he can succeed. Either that or perhaps a return trip to his hometown of Miami, Florida.

According to these sources, Martin – who is under contract through 2023 – has grown increasingly frustrated with the situation in Columbia. Of course, this isn’t exactly an earth-shattering revelation – certainly not to anyone who watched Martin rail on South Carolina fans earlier in the season.

“We got more Virginia fans than South Carolina fans (at) our game today,” Martin said following the Gamecocks loss to the then-No. 3/5 Cavaliers  “This reminded me of my first year here, when we’re out-numbered.”

In other words, it was Gamecock fans who were on the “hot seats” this year – not Martin (who is getting paid $2.95 million a year to lead the program).

Do we think Martin will bolt prior to the 2019-2020 season? Not necessarily … but the marriage between the coach and the program appears to be on increasingly rocky ground.

We have come to admire Martin’s intensity, and his hard-nosed approach obviously paid off by taking the Gamecock program to places it had never been before … albeit briefly. But the coach clearly has a problem dealing with criticism – and a tendency to deflect and blame-shift when he faces criticism that is clearly justified.

More importantly? Just as former South Carolina football coach Steve Spurrier failed to seize the momentum when his program was at its apex, Martin has allowed his program backslide precipitously over the past two seasons after its improbable 2017 run to the Final Four.

Ultimately, that is what defines a program’s success or failure over the long haul – the ability to capitalize on opportunity and achieve sustained excellence.

Can that still happen under Martin? Absolutely … but the odds that it will are looking longer with each passing day.