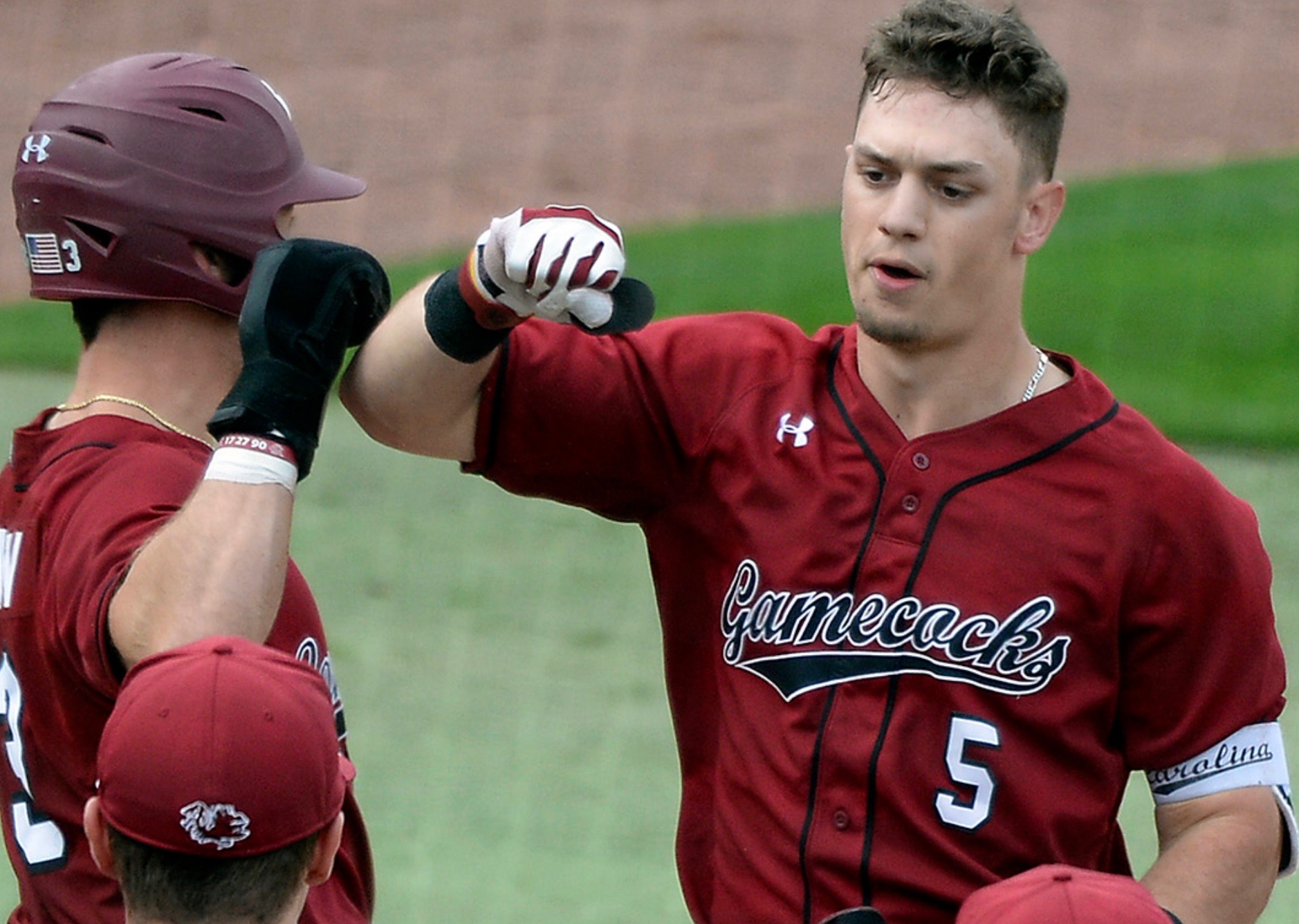 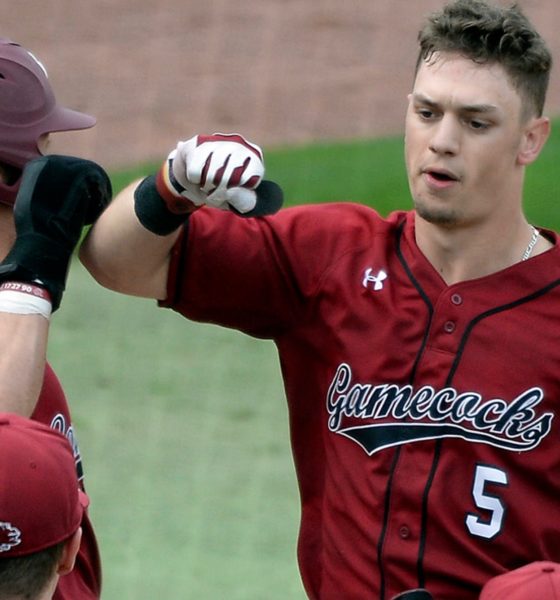 The University of South Carolina baseball team claimed a critical early-season series victory over arch-rival Clemson before a sellout crowd of 8,242 at Founders Park in downtown Columbia, S.C. on Sunday.

The unranked Gamecocks (9-2) downed the No. 14 Tigers (8-3) by a convincing 14-3 margin in the rubber match of the three-game annual rivalry series – claiming their first series win over Clemson since 2014. The Tigers also saw their best-in-the-nation ten-game road winning streak snapped.

South Carolina took the first game of the series 5-4 on Friday at Doug Kinsmore Stadium in Clemson before dropping the second game by a count of 11-5 at Fluor Field in Greenville, S.C.

The third game was over almost as soon as it started, though …

South Carolina collected a season-high 17 hits in racing out to a huge early advantage over Clemson. Senior outfielder TJ Hopkins did most of the damage, going 4-for-5 while driving in four runs and scoring three times. For the series, the Summerville, S.C. standout went 6-for-14 with three home runs and nine runs batted in – earning MVP honors for his team.

South Carolina also benefited from the exploits of redshirt sophomore catcher Luke Berryhill, who clubbed a pair of home runs and drove in five batters in the deciding game.

“It was an important game for us, four our fans, for our team,” second-year Gamecock head coach Mark Kingston told reporters after the game.

That’s for sure … especially considering the underwhelming expectations headed into the 2019 campaign. And considering how Clemson has dominated South Carolina in recent years in … well, everything.

South Carolina posted a 37-26 mark in Kingston’s first season at the helm in 2018, including a 17-13 conference mark.  His squad advanced to the NCAA super regional before falling to then-No. 5 Arkansas.

Clemson’s postseason struggles under Lee continued, though, with the Tigers getting bounced from their own regional by Vanderbilt. In fact, Clemson has not advanced past the regional round since 2010 – when they made their most recent trip to the College World Series (CWS).

As for Clemson, fourth-year head coach Monte Lee led his team to a 47–16 mark in 2018 – the best record of his career. The Tigers went 22-8 against Atlantic Coast Conference (ACC) opponents – tied for the best record in the conference – and won the regular season Atlantic division title.

South Carolina won its first CWS that year – and repeated as champions in 2011. Unfortunately for Gamecock fans, the trajectory of the program plummeted when former head coach Ray Tanner resigned to become the school’s director of athletics. New coach Chad Holbrook simply couldn’t sustain Tanner’s success with the baseball program – missing the NCAA tournament in 2015 and 2017.

Prior to 2015, South Carolina hadn’t missed the NCAA tournament since 1999 – a sixteen-year run that included four trips to the CWS finals (and the aforementioned titles).

Holbrook resigned following the 2017 season and shortly thereafter took the head coaching position at the College of Charleston, a move that has since sparked considerable controversy.