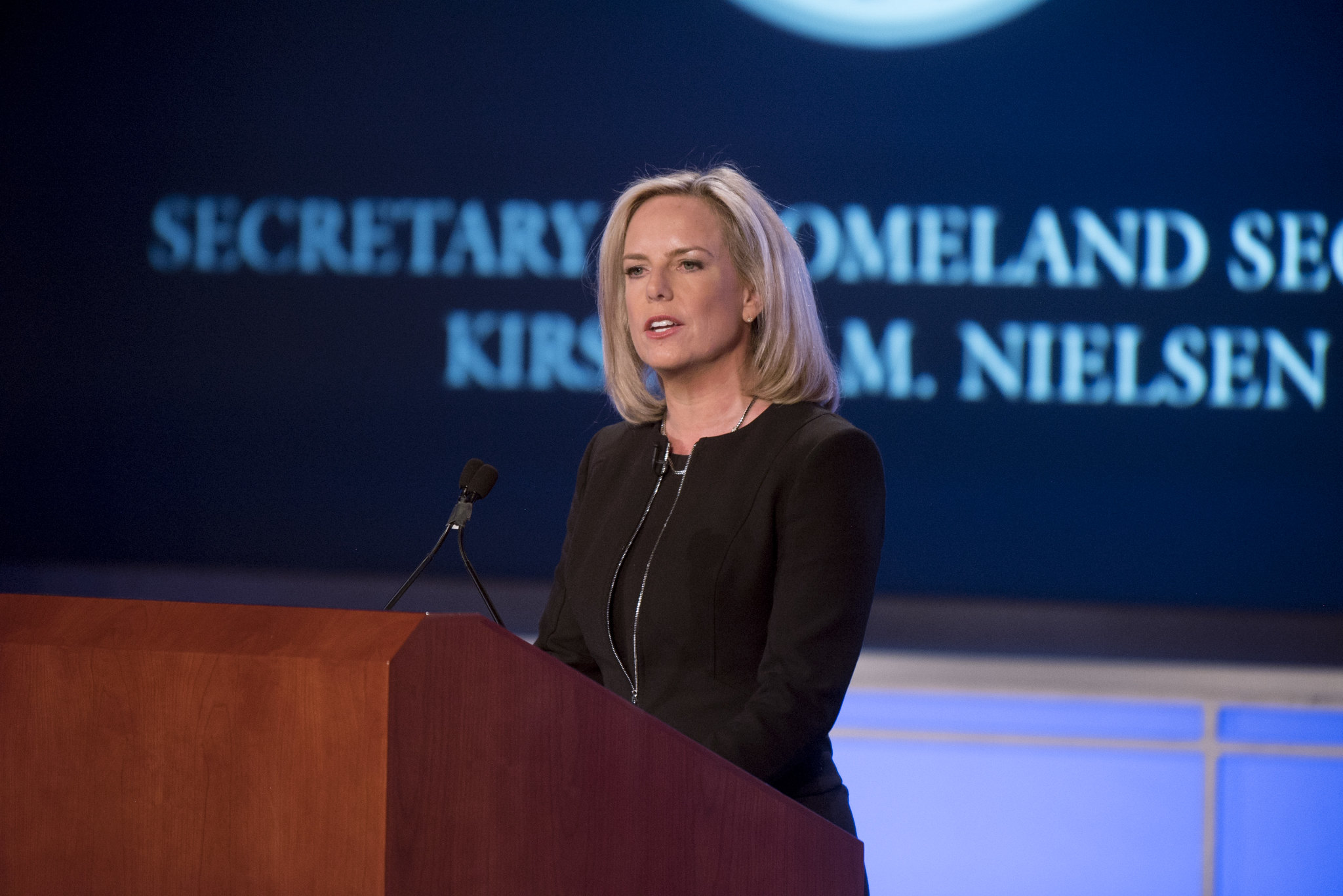 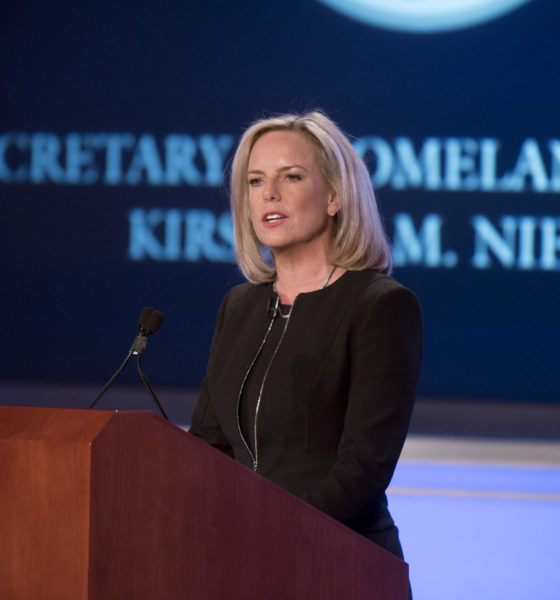 Trump tweeted that Nielsen “will be leaving her position, and I would like to thank her for her service.”

Translation? “Don’t let the door hit ya where the Lord split ya …”

In a subsequent tweet, Trump announced that Kevin McAleenan – commissioner of the U.S. Customs and Border Protection (CBP) – would take over the agency in an acting capacity.

“I have confidence that Kevin will do a great job!” Trump said.

Nielsen said the responsibilities of this sprawling, multi-faceted agency – formed in the aftermath of the September 11 terrorist attacks – are “vast and have never been more vital,” and that it was “the honor of a lifetime to serve with the brave men and women” of DHS.

“I could not be prouder of and more humbled by their service, dedication, and commitment to keep our country safe from all threats and hazards,” she said. “I am eternally grateful and proud of what you do each and everyday to protect our homeland- each of you are why I came back to serve my country.”

Nielsen was on the job for roughly a year-and-a-half, replacing retired U.S. Marine Corps general John Kelly – who resigned to become Trump’s chief of staff. Nominated in October 2017, she was confirmed by the U.S. Senate in December.

Kelly was replaced in his job back in December by current chief of staff Mick Mulvaney.

Prior to becoming DHS secretary, Nielsen was Kelly’s chief of staff at the agency – which has an annual budget of more than $40 billion and employs nearly a quarter of a million people in multiple subdivisions.

Nielsen, 46, never really got on the same page as Trump when it came to addressing the growing crisis on the border between the United States and Mexico – where Trump famously vowed to “build a wall and make Mexico pay for it.”

As of this writing, though, there is no wall – although Trump has been battling to secure funding for a downpayment on its estimated $25-30 billion price tag.

Last week, Nielsen was reportedly blindsided by Trump’s decision to pull the nomination of Ron Vitiello to lead the U.S. Immigrations and Customs Enforcement (ICE) agency.

(Via: U.S. Department of Homeland Security)

“Ron’s a good man … but we’re going in a tougher direction,” Trump announced on Friday.

Trump has previously criticized Nielsen for insufficient firmness, telling reporters last November that she needed to get “much tougher” on the border.

According to reporter Samuel Chamberlain of Fox News, McAleenan is the “toughest cop” that Trump wants patrolling the American frontier.

Neilsen, whose background is in cybersecurity, also angered Trump by adopting a hard line on the “Russia rigged the election” narrative – which has lost considerable steam in the aftermath of the report of U.S. special counsel Robert Mueller being released.

Mueller’s multi-year investigation determined that various Russian interests did attempt to meddle in the 2016 U.S. presidential election, although much to the chagrin of Democrats he found no evidence that Trump or any of his associates colluded with these interests. Nor did Mueller determine that Trump obstructed justice during the investigation into those allegations.

Our view? We really don’t care who is in charge of DHS, we just want the border secured. This is literally one of the few core functions government is supposed to perform, and it continues to amaze us that a country $22 trillion in debt cannot figure out how to get it done.