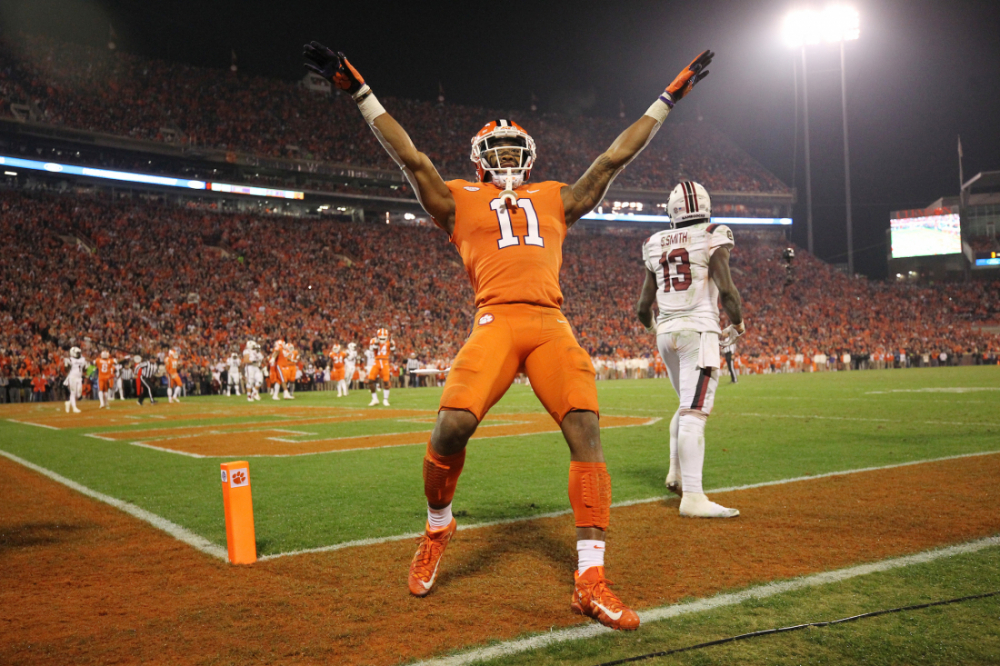 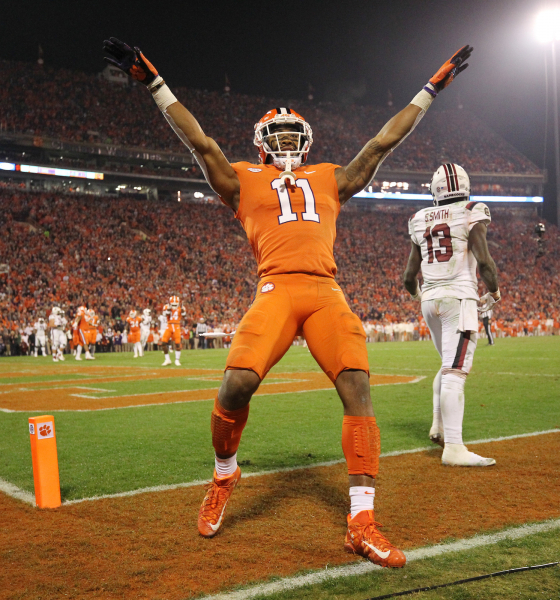 Clemson University’s second-ranked football team completed a perfect regular season and moved within a win of its fourth straight trip to the College Football Playoff (CFP) on Saturday – downing arch-rival South Carolina 56-35 on a chilly, foggy night in Death Valley.

The win gave the Tigers’ graduating seniors 52 victories – one shy of the NCAA record set by Alabama a year ago.  Both the Tide and the Tigers could break that mark before the season is over, though.

The only thing standing between head coach Dabo Swinney’s team and another title run?  A matchup against Pittsburgh in next weekend’s ACC championship game in Charlotte, N.C.

Clemson will be gunning for its fourth straight conference crown in that game.  In the meantime they will savor their fifth consecutive state championship in a series that has been substantially less-than-competitive in recent years. 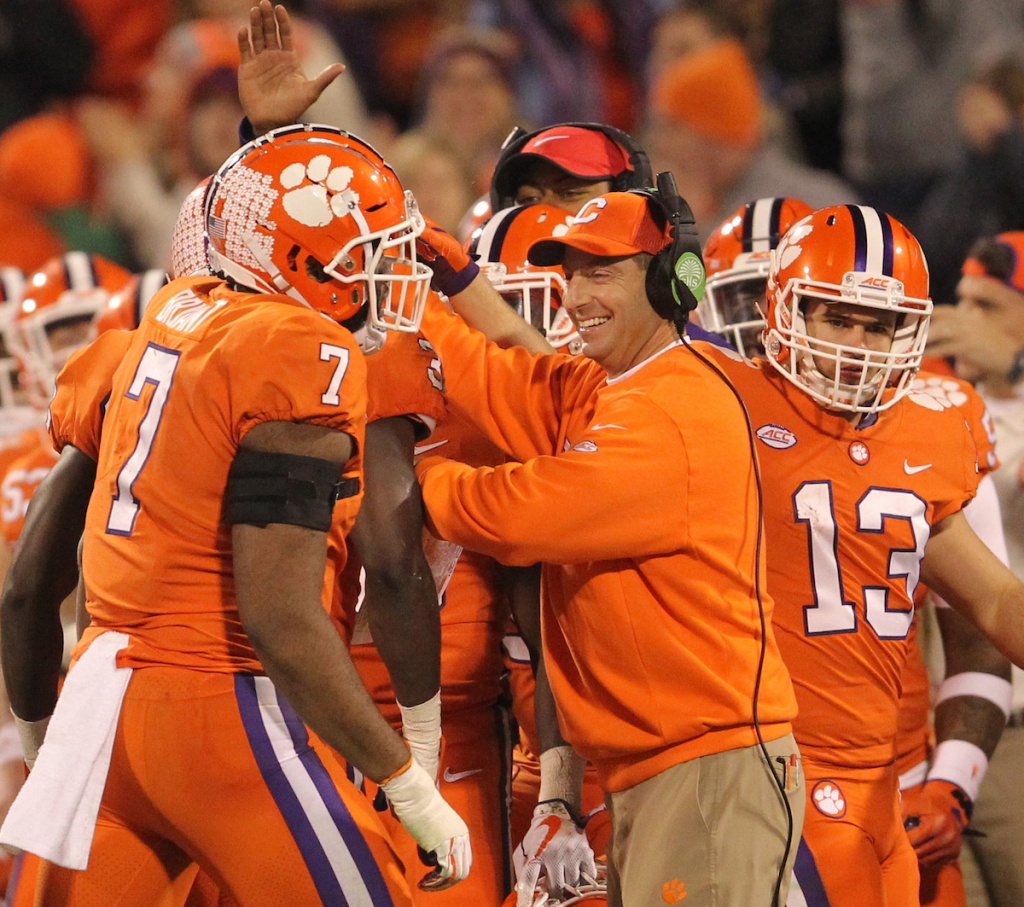 The Tigers (12-0, 8-0 ACC) scored on their first three possessions of the second half to put this rivalry game on ice – dealing the injury-ravaged Gamecocks (6-5, 4-4 SEC) yet another lop-sided defeat in this bitter in-state battle.

South Carolina had won five in a row in this series prior to the Tigers embarking on their current winning streak – with current Gamecock head coach Will Muschamp’s squad not even coming close to conquering Clemson in three tries. 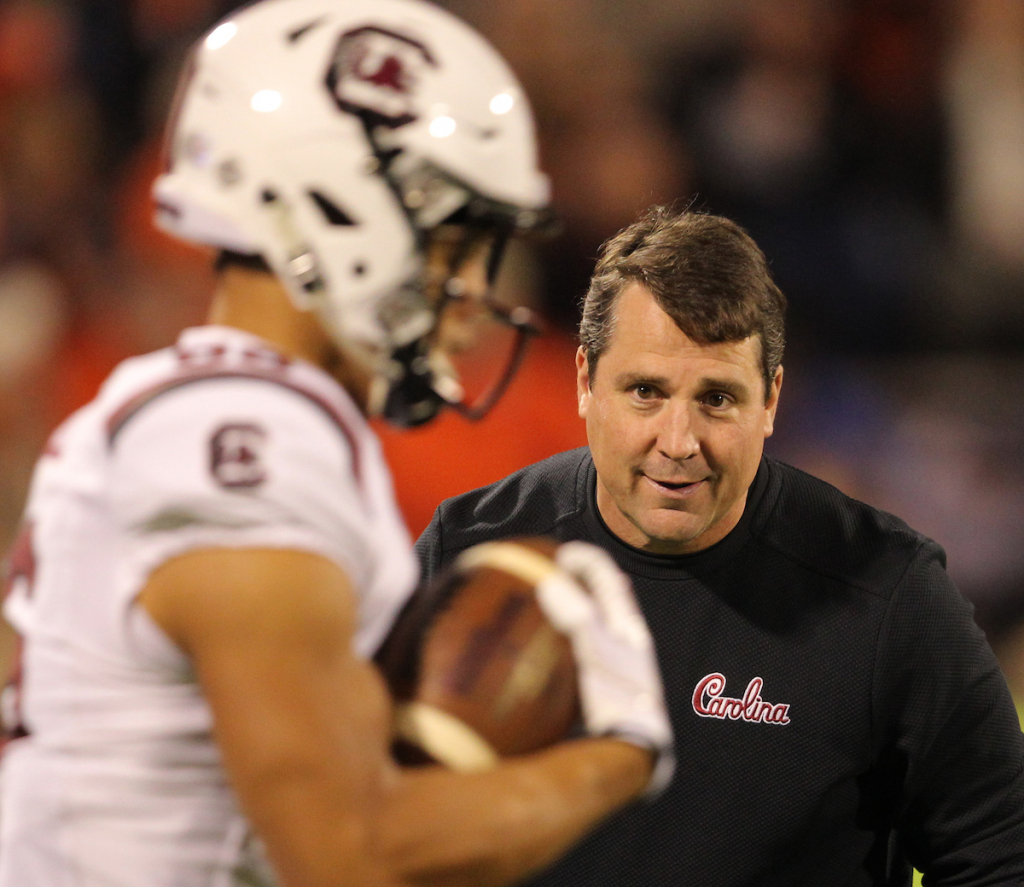 Despite its depleted ranks, Carolina kept things interesting … for a half, anyway.

In a season that has utterly failed to live up to expectations, South Carolina put up solid numbers against the No. 2 defense in the nation – a unit loaded with first-team All-Americans and future NFL first round draft picks.

Unfortunately for Gamecock fans, coordinator Bryan McClendon’s unit wasn’t able to convert two critical fourth-and-goal plays that could have kept an upset win in reach.  Even more unfortunately for Gamecock nation, its offensive players could do nothing but watch from the sidelines as Clemson’s offense roared to a season-high 774 yards against South Carolina’s decimated defense.

True freshman quarterback Trevor Lawrence – playing in his first “Palmetto Bowl” – completed 27 of 36 passes for a career-high 393 yards with one touchdown.  The former No. 1 national recruit also ran four times for 42 yards.

Lawrence (below) put his signature on the game early by staring down the South Carolina sideline after connecting with fellow freshman Tee Higgins on a 22-yard scoring strike late in the first quarter. 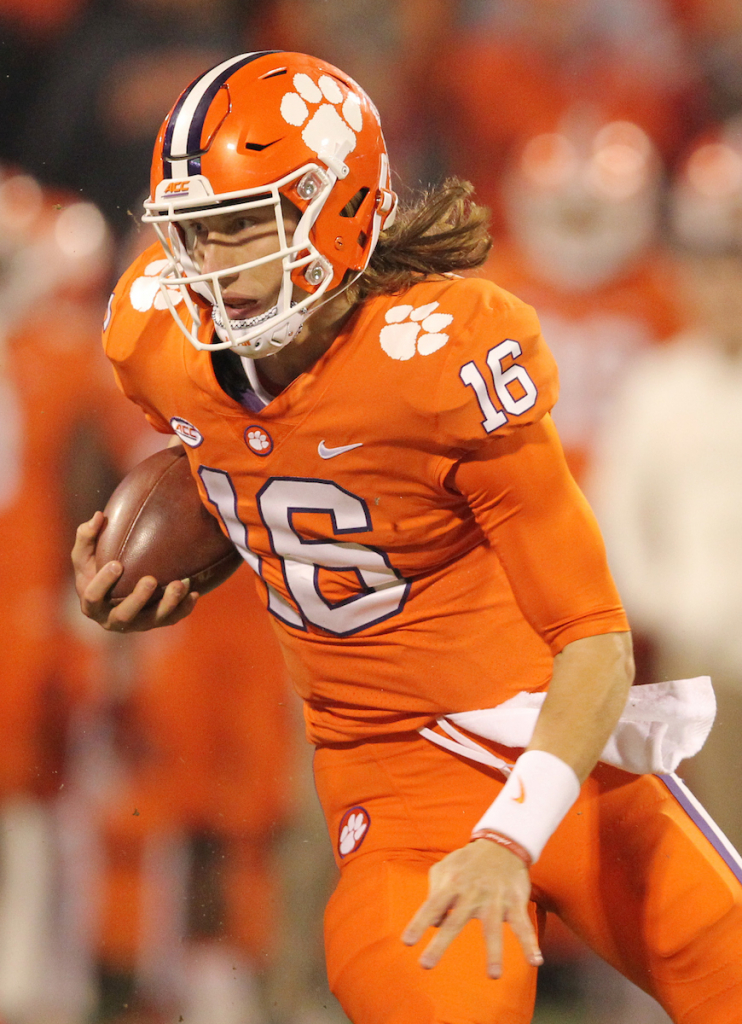 That touchdown gave Clemson a lead it would never relinquish …

Lawrence’s aerial assault was accompanied by a punishing ground game that racked up 351 yards and seven touchdowns.  Sensational sophomore Travis Etienne – a finalist for the Doak Walker Award – led the way with 150 yards rushing on 28 carries (including a pair of touchdowns).  Junior Tavien Feaster added 63 yards on nine carries with one score, while senior Adam Choice ran for 56 yards on seven carries – hitting pay dirt three times.

Clemson defensive lineman Christian Wilkins also got into the action, hurtling over Gamecock defenders for a second quarter touchdown that prompted him to strike a Heisman pose in the end zone.

It was good for Wilkins that he made the highlight reel on offense, because Clemson’s star-studded defense – which had been limiting opponents to just 12.1 points and 254.4 yards per game wound up surrendering 35 points and 600 yards to South Carolina.

Both of those were season highs …

In fact it had been two years since Clemson surrendered that many points in a game.

Nearly all of the damage was done by junior quarterback Jake Bentley, who completed 32 of 50 passes for a career-high 510 yards and five touchdowns in a losing effort.  Bentley was picked off once.

In posting their respective career highs, Bentley and Lawrence also set school records for passing yardage in this rivalry game – which dates back to 1896.