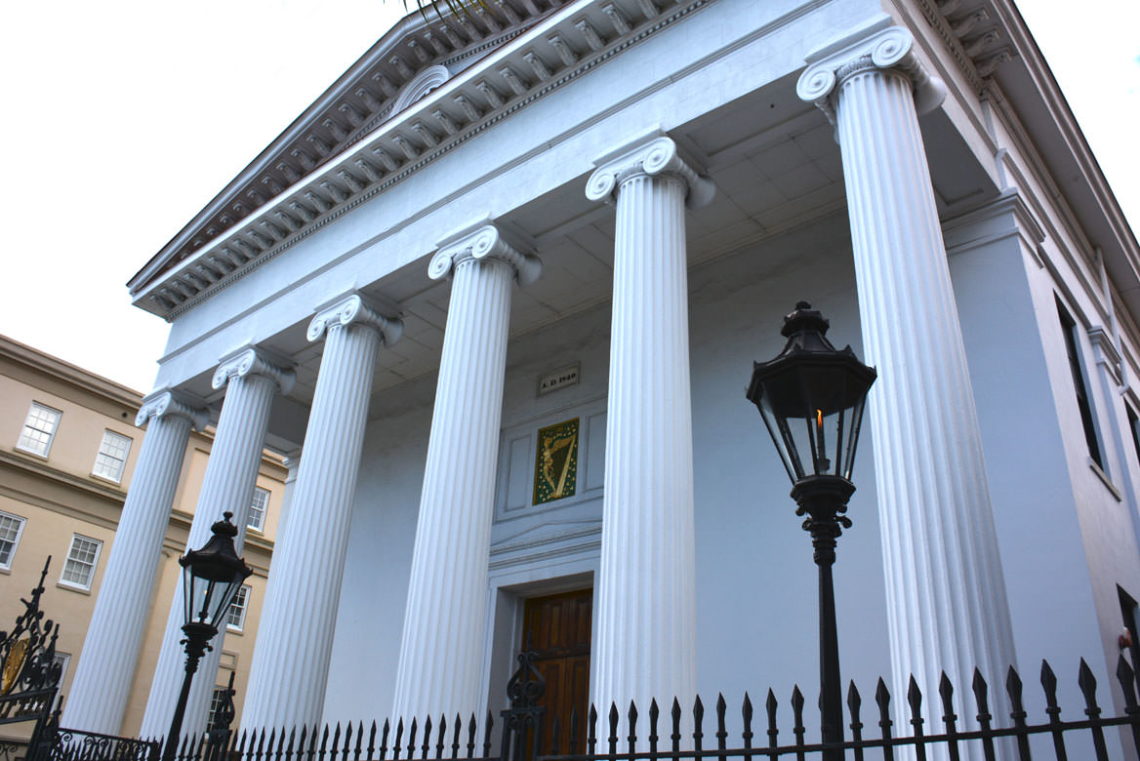 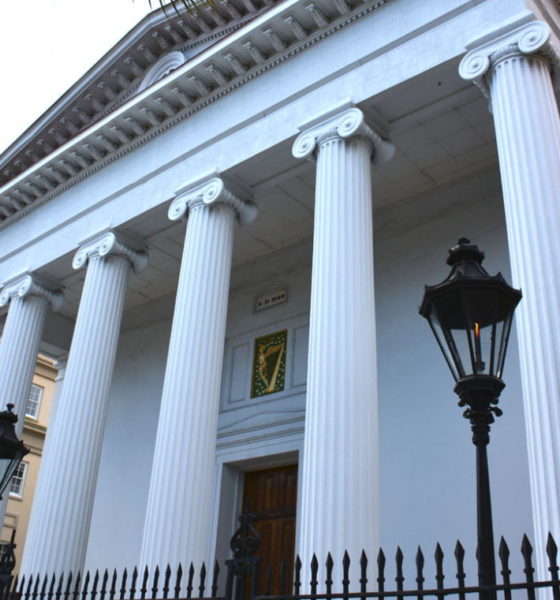 There used to be a cone of silence surrounding the annual Saint Patrick’s Day banquet held at historic Hibernian Hall in Charleston, South Carolina.

And how could there not be? Striding through the ionic columns of architect Thomas U. Walter’s 1841 Greek revival masterpiece infuses those who enter with a sense of propriety and discretion.

Established in 1801, the Hibernian Society of Charleston was formed to assist Irish immigrants and their families. Naturally, Saint Patrick’s Day is a big deal – and each year the organization puts on a lavish feast attended by sitting members of the Palmetto State’s congressional delegation.

For the first time this year, that list included S.C. first district congressman Joe Cunningham – who pulled off a major upset last fall to claim this seat for the Democrats.

According to our sources (yes we had sources inside the cone of silence), Cunningham received some good-natured ribbing at the event from a veteran of the Hall – U.S. senator Lindsey Graham.

During his remarks to those assembled for the banquet, Graham reportedly told Cunningham not to “get comfortable” in his seat because Republicans had “high hopes” of reclaiming this district.

Cue Panic! at the Disco …

The crowd reportedly “went wild” at Graham’s comments, which underscored the extent to which the Republican establishment in Washington, D.C. is committed to re-flipping this seat in the upcoming election.

Graham never specified upon whom national Republicans were placing these “high hopes,” however former first district congressman Mark Sanford – who was bounced in last year’s GOP primary for this seat by Katie Arrington – was in attendance at the gathering.

Sanford (a longtime friend of the liberal senator’s) is unlikely to run for his old seat again, sources familiar with his thinking tell this news outlet.

Who will run? Good question …

Arrington, arguably the frontrunner, is reportedly continuing to mull an aspirational rematch against Cunningham – although she would first have to clear what is expected to be a crowded, competitive GOP primary.

Meanwhile state senator Tom Davis – who is polling in third place in early surveys (behind Arrington and Sanford) – seems unlikely to surrender his spot in the state legislature to run for congress.

That leaves state representative Nancy Mace (above) and Charleston County councilman Elliott Summey among the potentially viable prospects for the seat (at least among those who have expressed an interest in running).

One Republican, Beaufort county councilman Michael Covert, has already announced his candidacy for the seat and filed paperwork.

A possible wild card? Former GOP gubernatorial candidate Catherine Templeton. While the 48-year-old labor attorney has taken herself out of the running for this seat, recent maneuvering (here and here) seems to indicate efforts are underway to get her to reconsider that decision.

Stay tuned … this race won’t draw daily press attention for many months, but the jockeying for position taking place behind the scenes is clearly heating up.