Templeton, 48, sent out a tweet late Monday in response to speculation surrounding a forthcoming first district poll.  The survey in question is set to be released on Wednesday by Robert Cahaly, an Atlanta-based strategist whose polls in South Carolina (and beyond) have been deadly accurate in recent years.

Templeton is one of the names included in Cahaly’s forthcoming survey – although the Lowcountry labor lawyer is making it clear she has no interest in the job.

Templeton’s tweet Monday referenced a 2014 article published by this news outlet which entertained the possibility of her challenging former congressman Mark Sanford in 2016. 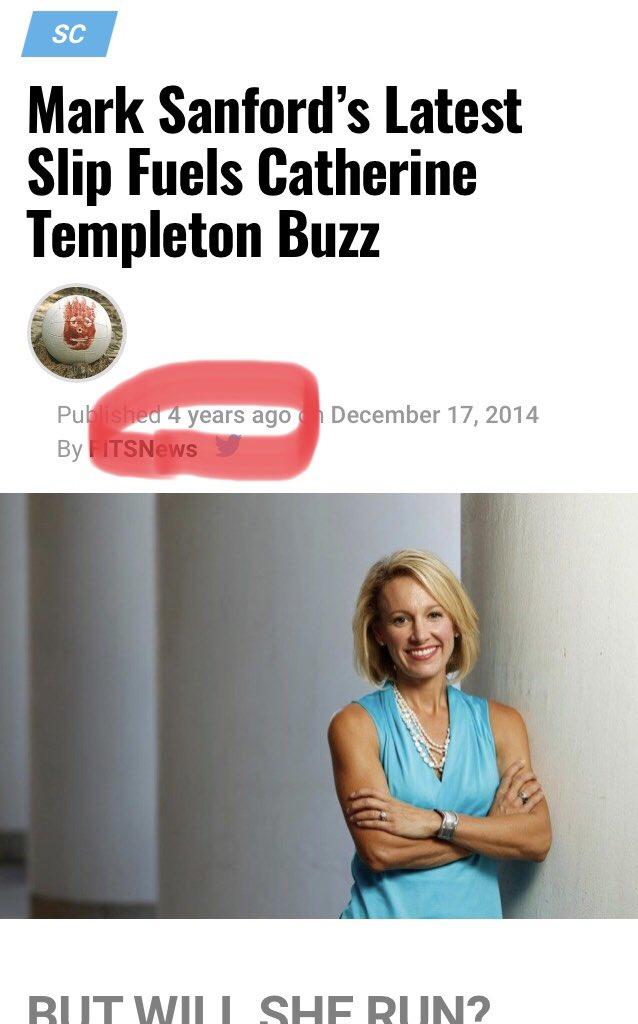 “I thought we were past Groundhog Day,” she wrote.

In defense of our reporting, we never indicated Templeton was interested in becoming a candidate for the first district – in 2014 or thereafter.  In fact, our 2014 article stated that “to the extent she’s being courted, most have been touting (Templeton) as a potential gubernatorial candidate in 2018 given her statewide profile.”

Anyway, as Templeton reportedly mulls a return to the statewide stage in 2022 (more on that in a coming column) she is making it abundantly clear that a placeholder gig in Washington, D.C. is not something that interests her.

In a follow-up conversation with reporter Jamie Lovegrove of The (Charleston, S.C.) Post and Courier, Templeton confirmed the tweet meant she was “indeed” not running for the first district in 2020.

Republicans held this coastal seat for nearly four decades prior to former state representative Katie Arrington narrowly losing it in November to Democrat Joe Cunningham, an “ocean engineer” (ahem) from Charleston, S.C. who benefited from a massive influx of national Democratic money.

Ironically, Cunningham’s candidacy only became a priority for Democrats once their promising nominee in the state’s fifth congressional district – Archie Parnell – saw his candidacy implode over decades-old domestic violence allegations.

Had that not happened, Democrats probably would have “flipped the fifth” instead of the first.

Not surprisingly, national Republicans have made recapturing the first congressional district their top priority in 2020 – and are watching the emerging, evolving GOP field very closely.

What does that field look like?  Crowded … potentially, anyway.

Obviously names will continue to be added or removed from that list as we get closer to the filing period for this seat next March.

One final note: In preparing this report, we came upon some interesting speculation regarding Templeton’s future plans.  Stay tuned for more on that momentarily …