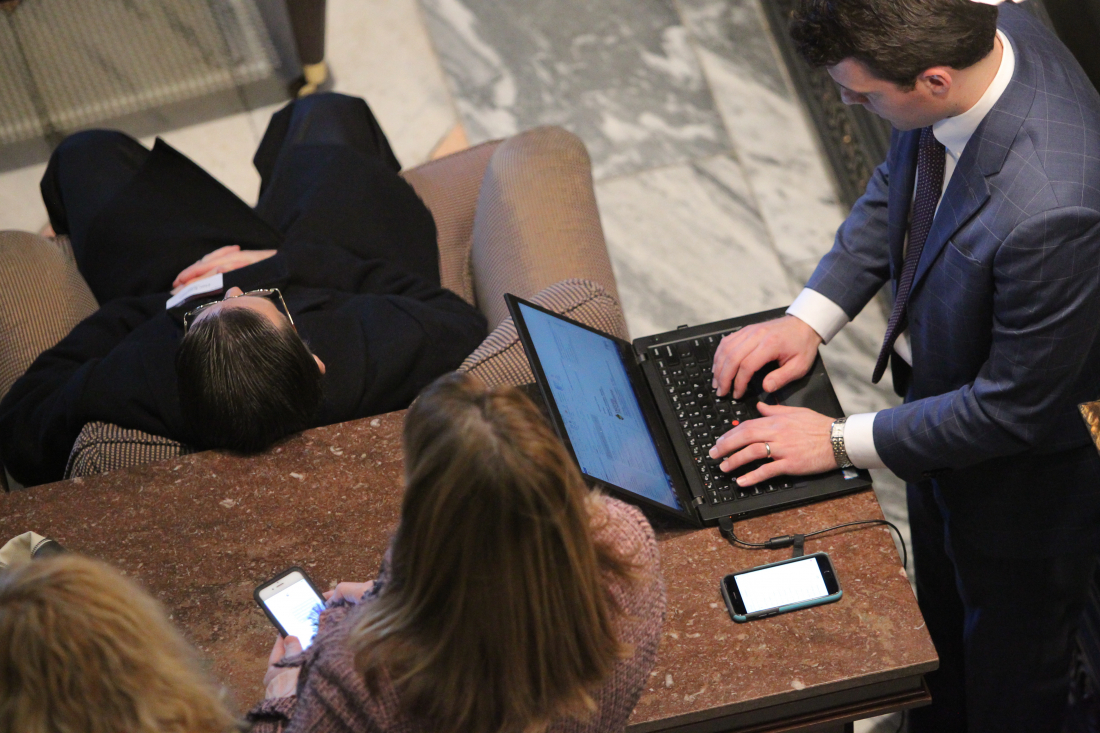 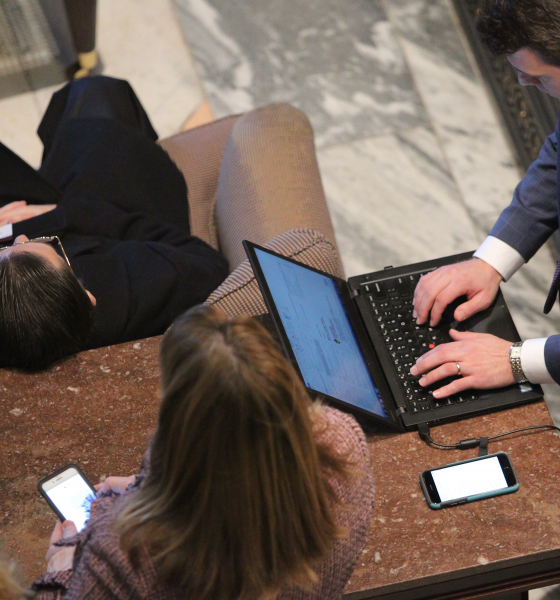 South Carolina state lawmakers recently advanced the first of several so-called “bans on bans,” state-level bills that would ostensibly standardize and properly channel a flood of overly restrictive ordinances that have passed in recent years at the municipal level.

You know … ordinances like the infamous “Boulevard Ban” approved last summer by the city of Myrtle Beach, S.C.

The Myrtle Beach measure – which this news outlet opposed – restricted the sale of certain items within a 22-block stretch of the city’s downtown tourist hub.  It quickly (and correctly) drew a lawsuit from local businesses, though, who collectively alleged that the edict improperly imposed “restrictions that are greater than necessary to further any government interest asserted.”

In addition to outlawing cannabidiol (a.k.a. CBD oil) – which was legalized by the state in 2014 – the Myrtle Beach ordinance banned the sale (or use) of e-cigarettes and alternative nicotine sources (including vapor products) as well as smoking paraphernalia and “sexually oriented merchandise” in a so-called “overlay district” established by the city.

It even banned the sale of condoms within the new district! 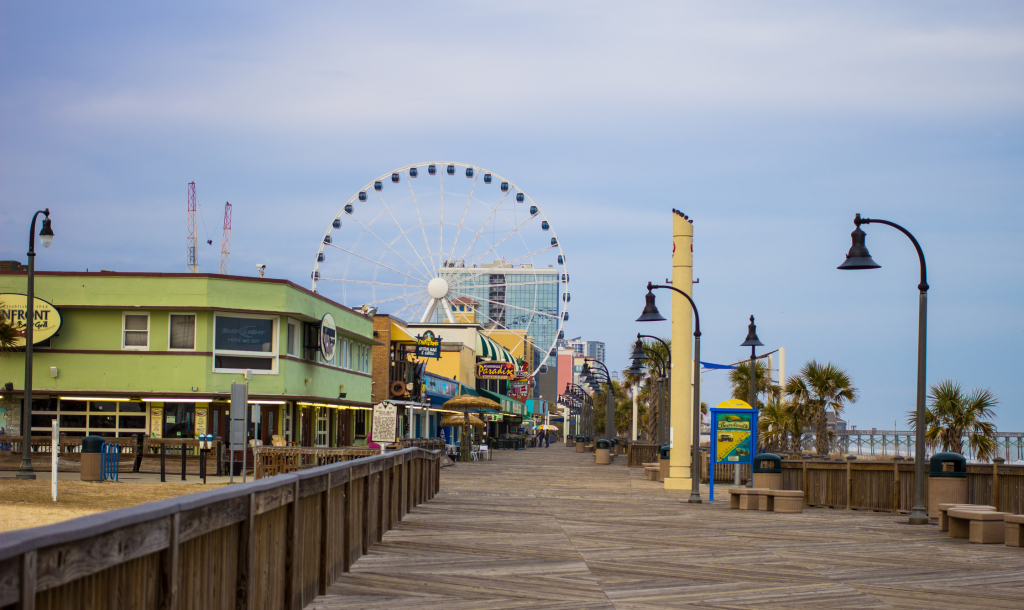 In addition to legal and constitutional questions related to the Myrtle Beach ordinance, there was also the dubious manner in which it was approved – including the apparent failure of local elected officials to give the measure a true second reading as required by law.

“Breaking law to make law,” in other words – a problem at all levels of government.

The federal lawsuit against this ordinance – filed two months ago in U.S. district court in Florence – alleged that Myrtle Beach leaders engaged in an improper regulatory taking of property as well as an attempt “to suppress … speech of a certain content.”  Additionally, the suit claimed that the ordinance unfairly restricted the display and sale of certain merchandise that is “allowed in other parts of the City of Myrtle Beach.”

Furthermore, city leaders “improperly conflated various legal and constitutionally protected behaviors with ‘drugs’ and other conduct that is generally illegal … to mislead the public,” according to the suit.

One of the local “leaders” accused of improperly conflating these issues is mayor Brenda Bethune, who happens to be the owner of the area’s largest alcohol distributorship.  In addition to making known our opposition to the “Boulevard Ban,” this news outlet pointed out in no uncertain terms the hypocritical and self-serving nature of Bethune’s efforts to shut down the legal sale of CBD oil.

As of this writing, the “Boulevard Ban” lawsuit is proceeding in the federal court system … with the city agreeing to limited or “administrative” enforcement of its various provisions pending a ruling in the case by judge R. Bryan Harwell.

Meanwhile, back at the state capital in Columbia, S.C., efforts are underway to clamp down on unduly restrictive local ordinances.  One such piece of legislation – H. 3274 – holds that subdivisions of the state “may not enact any laws, ordinances, or rules pertaining to ingredients, flavors, or licensing of cigarettes, electronic cigarettes, tobacco products, or alternative nicotine products.” 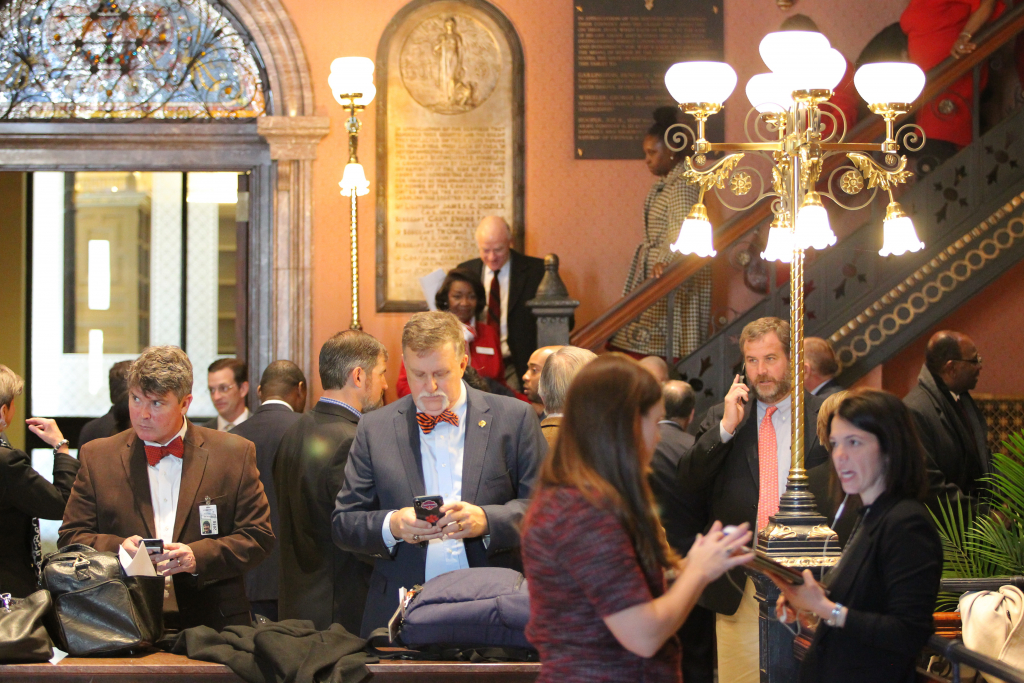 This bill – introduced by S.C. majority leader Gary Simrill – has a companion piece of legislation (S. 492) pending in the S.C. Senate.

Critics contend bills like Simrill’s are a violation of home rule as well as a sop to big business – a perspective lent capable reinforcement over the weekend by reporters Tom Barton and Avery Wilks of The (Columbia, S.C.) State newspaper.

In a report entitled “A ban on bans: Are SC Legislators killing local control as favor for Big Business?” – Barton and Wilks framed the issue as one of powerful state lawmakers being controlled by wealthy special interests with the objective of “limiting the control that local governments have over local issues.”

Is it that simple, though?

This news outlet has often chided state lawmakers for their insensitivity to home rule – a.k.a. the presumed primacy of local government in determining the proper disposition of local issues.  Generally speaking, we support the right of duly elected municipal or county governments to make decisions as they see fit related to their communities.  Just last April, in fact, we ripped lawmakers for needlessly sticking their noses in a debate over the disposition of a Greenville County hospital that had been subsidized with taxpayer funds.

“By extending its tentacles into private sector transactions and legal disputes between local citizens and municipal government entities, the legislature is expanding its ability to screw up our state,” we wrote.  “The more it touches, the more it messes up … and the less taxpayers will have left in their pockets when it’s all said and done with.”

But what about when local governments overreach?  What should be done when they infringe upon fundamental freedoms and free markets?

In such cases, should we not applaud state or federal leaders for stepping in and restoring balance?

Home rule is not absolute.  Local leaders cannot violate basic constitutional liberties (i.e. free speech, private property rights) and expect the federal government not to weigh in.  Similarly, local governments cannot intrude upon the clearly established authority of the state when it comes to regulating other liberties and not expect the state to check such aggression.

Violating liberty is not “home rule,” it is local tyranny.

Bottom line?  Out-of-control municipal and county governments are every bit as dangerous as out-of-control federal or state governments … and require the same sort of constant vigilance to protect the best interests of citizens and taxpayers.  Accordingly, we will continue to call out state lawmakers and federal officials when they improperly intervene in a local matter, but we will also call out local leaders who improperly infringe upon established freedoms – requiring a response from a higher authority.