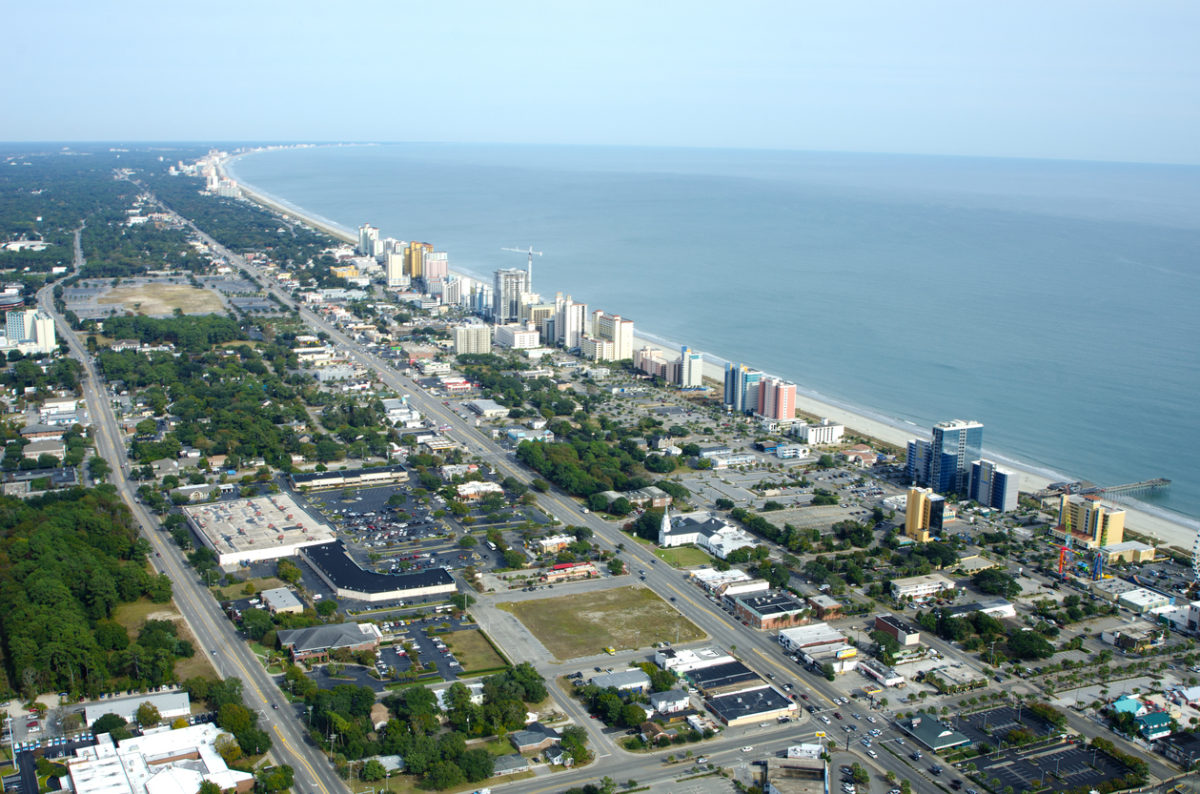 The city manager of Myrtle Beach, South Carolina is pushing back against criticism of the recently enacted “Boulevard Ban,” a local ordinance restricting the sale of certain items within a 22-block stretch of the city’s downtown tourist hub.

In an article published this month in The Myrtle Beach Post, city manager John Pedersen defended the controversial measure – which would take effect on January 1, 2019 and impact businesses located between Sixth Avenue South and Sixteenth Avenue North.  In addition to outlawing cannabidiol (a.k.a. CBD oil) – which was legalized by the state in 2014 – the new ordinance would ban the sale (or use) of e-cigarettes and alternative nicotine sources (including vapor products) as well as smoking paraphernalia and “sexually oriented merchandise.”

According to Pedersen, the measure is designed to help rebrand Myrtle Beach as a “family friendly” vacation destination.

“The zoning overlay was proposed to restrict the sale of items inconsistent with the family friendly environment that most of our residents and guests tell us they want for this area,” Pedersen wrote.  “Some of the restricted items glorify a drug culture, while others contain sexually explicit messages.”

“These items glorify a drug culture and are not conducive to a family friendly environment,” he added.

Pedersen went on to say that the ban was imposed because “our downtown does not currently meet the standards of … competing destinations.”

Supported by mayor Brenda Bethune, owner of the area’s largest alcohol distributorship, the measure has been criticized as hypocritical and self-serving.

Pedersen did not address that criticism, however he did refute the suggestion that the ban – which impacts predominantly Jewish-owned businesses – was “a measure aimed at discriminating against merchants of the Jewish faith.”

“This is an attempt to create a sinister, totally unworthy, motive rather than face the real underlying public policy questions,” he wrote.

Pedersen also declined to address controversy over the passage of the ordinance, which did not appear to receive a true “second reading” from members of city council.  We expect this parliamentary flub to be one of many facets to the legal challenges that inevitably follow from the passage of this ordinance.

Our thoughts?  We opposed the Boulevard Ban.  Still do.

“Ultimately, restricting the sale of legal items from one consenting adult to another is wrong … especially when there are far less intrusive ways to address the underlying problem,” we wrote earlier this month.

We added that while Myrtle Beach obviously needed to clean up its act (negative connotations associated with the “Dirty Myrtle” are among the reasons tourism is struggling in South Carolina) – this ordinance struck us as overkill.

We were not alone, either …

Mande Wilkes, a Surfside, S.C. media strategist, wrote that the measure was a “deprivation of property rights” and would result in “shuttered store fronts and foreclosure signs and a much longer line at the unemployment office.”

We will continue to follow the battle over this measure as it moves from council chambers to the courtroom – and as it continues to unfold in the court of public opinion.  Incidentally, in our most recent poll on this issue 52 percent of readers said they opposed the ban compared to 42 percent who supported it.