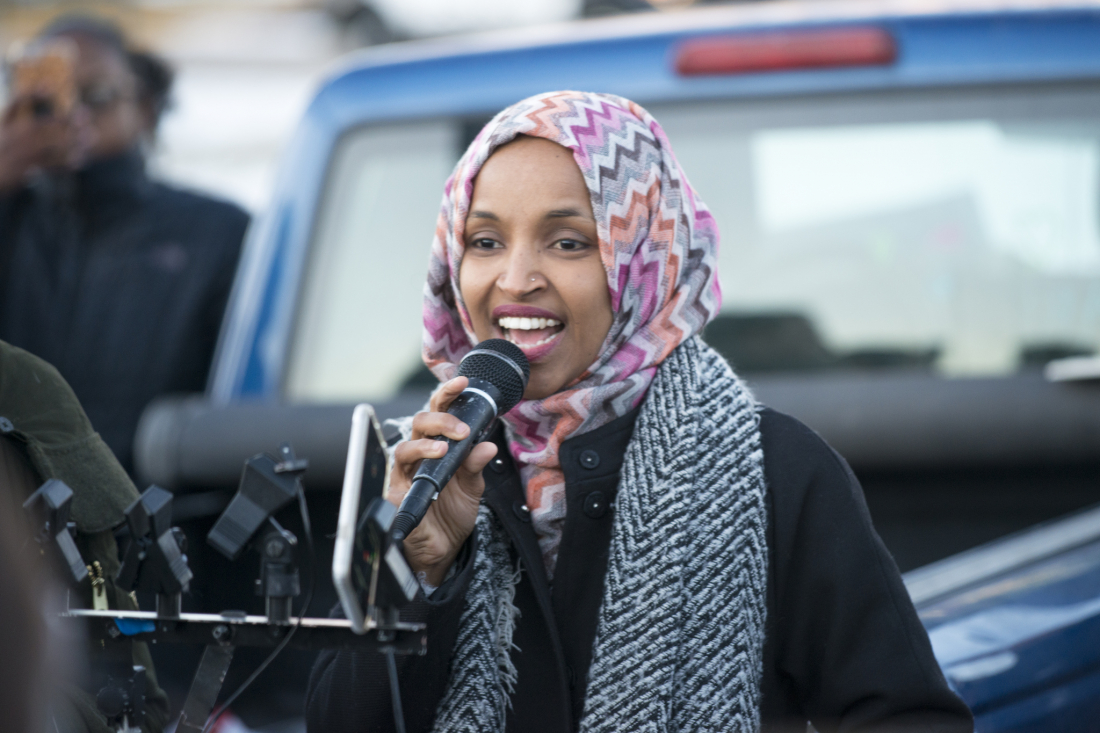 This news outlet has little use for newly elected Minnesota congresswoman Ilhan Omar – a Somali-American and member of the Democratic Farmer Labor (DFL) party.  She is a fiscal and social liberal with no appreciation for freedom and free markets.  Moreover, as we reported last fall, she was embroiled in a major scandal that we believe should have disqualified her from holding office.

Having said all of that, we will eternally defend Omar’s right to say her piece in the marketplace of ideas … and furthermore, we will defend her when we believe she is being unfairly criticized.

Omar sparked outrage over the weekend when she accused pro-Israeli interests – most notably the American Israel Public Affairs Committee (AIPAC) – of purchasing the loyalty of members of congress.  Specifically, she tweeted the rap lyric “it’s all about the Benjamins baby” (from the Puff Daddy song of the same name) in response to reports that Republican minority leader Kevin McCarthy was threatening to “take action” against her over allegedly anti-semitic comments.

It is not immediately clear what “action” McCarthy wanted to take.

Following her “Benjamins” tweet, Omar singled out AIPAC as being one of the groups responsible for such pay-to-play behavior.  The group responded by calling her statement “demonstrably false and stunningly anti-Semitic.”

Faced with withering criticism and fresh allegations of anti-semitism from Republicans and Democrats alike, Omar apologized on Monday – seeming to usher in the latest “teachable moment” in an ongoing war against free speech related to Israel.

“Anti-Semitism is real and I am grateful for Jewish allies and colleagues who are educating me on the painful history of anti-Semitic tropes,” she wrote in a statement posted to Twitter. “My intention is never to offend my constituents or Jewish Americans as a whole.  We have to always be willing to step back and think through criticism, just as I expect people to hear me when others attack me for my identity.  This is why I unequivocally apologize.”

“At the same time,” Omar continued, “I reaffirm the problematic role of lobbyists in our politics, whether it be AIPAC, the [National Rifle Association] or the fossil fuel industry. It’s gone on too long and we must be willing to address it.”

Before we address the bigger picture issue of American-Israeli relations, let us first address Omar’s allegations against AIPAC and other pro-Israeli interests.

Are they accurate?  Yes … 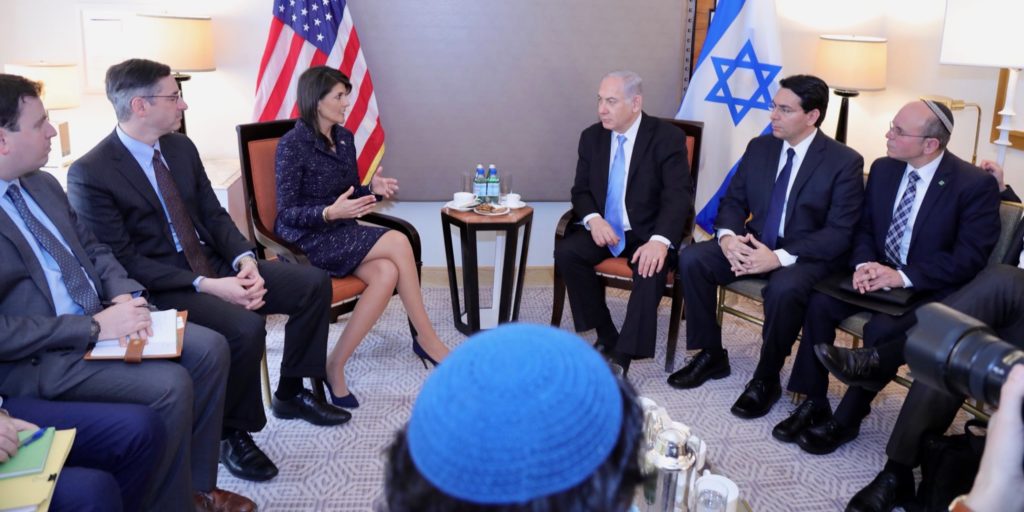 Late Monday, Ryan Grim – Washington, D.C. bureau chief for The Intercept – published a report recapping how “AIPAC and its donors organize fundraisers outside the official umbrella of the organization, so that the money doesn’t show up on disclosures as coming specifically from AIPAC.”

In a series of undercover recordings obtained by Electronic Intifada, prominent AIPAC officials and donors who are part of the organization’s “network” boasted about how their payments to American politicians have been instrumental in advancing Israeli interests, including “getting $38 billion in security aid to Israel” in the fall of 2016.

How does it work?

“So we want the Jewish community to go face to face in this small environment, 50, 30, 40 people, and say this is what’s important to us,” one pro-Israeli operative said in one of the recordings.  “We want to make sure that if we give you money that you’re going to enforce the Iran deal.  That way, when they need something from him or her, like the Iran deal, they can quickly mobilize and say look we’ll give you thirty grand.”

In another clip, the operative explained how hedge fund multimillionaire Jeffrey Talpins assisted their efforts.

“What happens is Jeff meets with the congressman in the back room, tells them exactly what his goals are – and by the way, Jeff Talpins is worth $250 million – basically they hand him an envelope with 20 credit cards, and say, ‘you can swipe each of these credit cards for a thousand dollars each,’” the operative explained.

Twenty thousand here, thirty thousand there … not a bad outlay for a $38 billion return on investment (on top of the billions of dollars America sends to Israel in aid already). 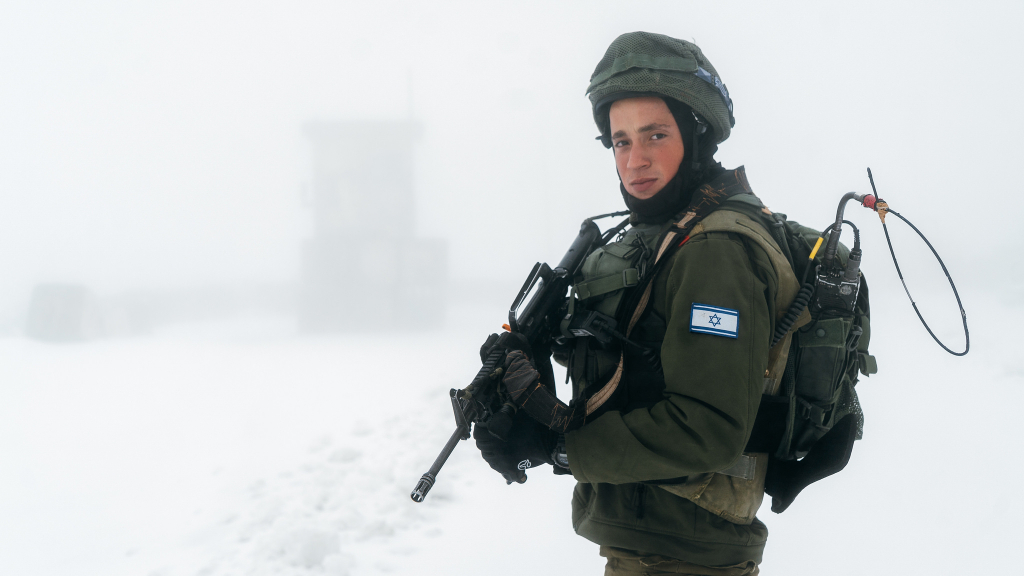 Of course this shameless pay-to-play action – which this news outlet has consistently opposed – is not the real danger here.

The real danger is an ongoing effort by the pro-Israel lobby and its many media and political allies to demonize – and in some cases criminalize – free speech.  In fact, we wrote extensively on precisely such an effort here in our home state of South Carolina last year – calling it “an assault on one of our most essential liberties” and “a prima facie violation of one of our most basic constitutional rights.”

We have no problem with the Jewish State.  We believe Israel has every right to defend itself/ wage aggressive wars as it pleases.  All we ask is for its leaders stop asking American taxpayers to subsidize these actions.

That is literally it …

Whatever you think of Israel, the United States simply cannot afford to keep paying for its defense…

“I believe that we can now say that Israel has reached childhood’s end, that it has matured enough to begin approaching a state of self-reliance,” Israeli prime minister Benjamin Netanyahu said during an address to the U.S. Congress two decades ago  “We are going to achieve economic independence.”

A decade later, Netanyahu made another visit to Congress – telling lawmakers they didn’t need to send troops to Israel because “we defend ourselves.”

If only that were true … then or now.

Far from reaching “childhood’s end,” Israel remains deeply dependent on American aid.  And God forbid we don’t do exactly as they say in providing it, too.

All of this is why AIPAC and other pro-Israeli interests will continue lining our politicians’ pockets with cash – because they know it is purchasing a much greater payoff.  And American fealty.

Enough is enough.  As stated previously, we have no use for Omar – and we have made our views on some of her more radical Muslim brothers and sisters abundantly clear.  But the fact remains she is being condemned for speaking a painfully obvious truth.  And even worse, those condemning her are trying to silence the rest of us from speaking the truth as we see it.

UPDATE: Well, well … talk about interesting timing as it relates to the substance of Omar’s allegation.

Got something you’d like to say in response to one of our stories? Please feel free to submit your own guest column or letter to the editor via-email HERE. Got a tip for us? CLICK HERE. Got a technical question or a glitch to report? CLICK HERE. Want to support what we’re doing? SUBSCRIBE HERE.
Banner: Fibonacci Blue/ Flickr