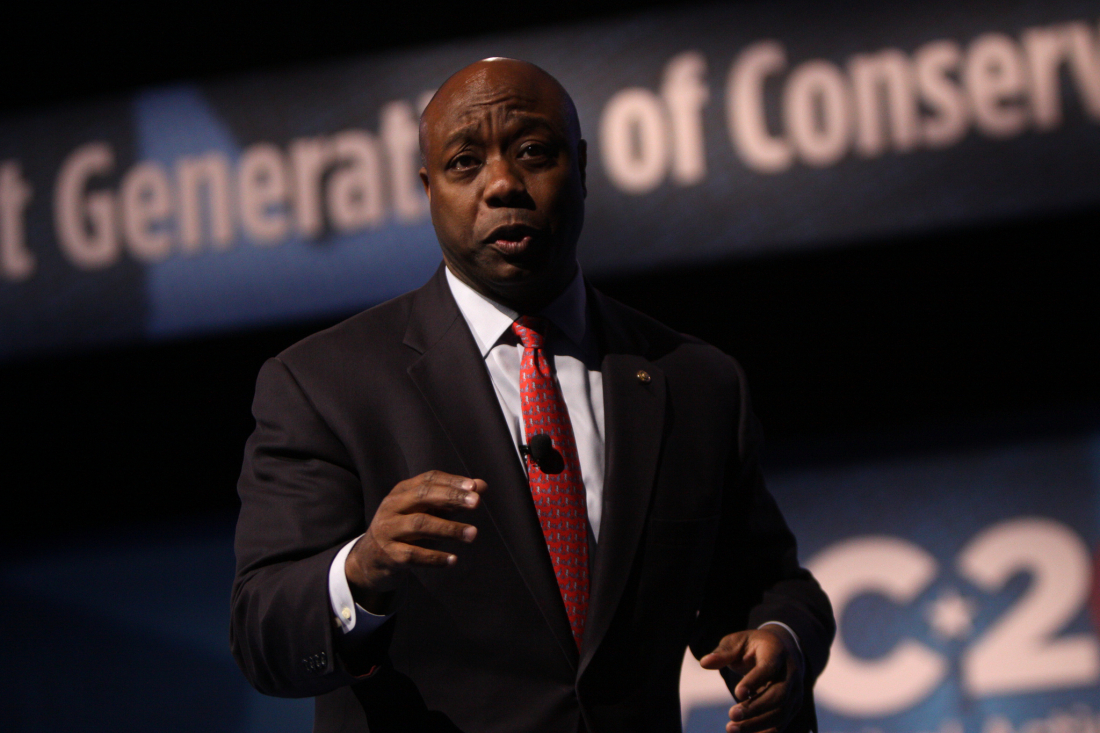 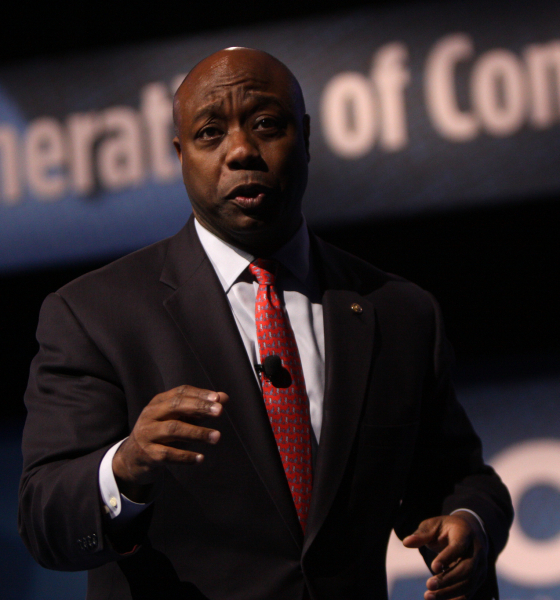 U.S. senator Tim Scott of South Carolina continues to face sustained scrutiny – and criticism – from conservatives in Washington, D.C. (and at home in the Palmetto State) over his latest vote to scuttle one of president Donald Trump’s judicial nominees.

Supporters of North Carolina attorney Thomas Farr – one of the two judicial picks Scott single-handedly torpedoed late last year – have been working overtime in recent weeks to poke holes in the justifications Scott has offered for his vote, hoping to convince him to drop his opposition in the event Farr is renominated.

Will it work?  That remains to be seen, but the battle currently being waged behind the scenes is an instructive look into what happens when an allegation of racism is challenged as unfounded.  An allegation which – according to Scott’s critics – has been proven to be unfounded.

Usually the allegation is accepted as fact and the politically correct bonfires are lit … with the media-stoked masses sufficiently imbued with “burn the witch” agitation.

That isn’t happening here, though: Which in and of itself is a story.

As this news outlet exclusively reported, late last month Scott was on the receiving end of some sharp criticism from a host of conservative luminaries over his vote to scuttle Farr’s nomination.  Previously, Scott single-handedly shot down the nomination of Ryan Bounds (who was headed to the über-liberal ninth circuit court of appeals) – prompting a stern rebuke from us.

In both cases Scott – the only black Republican in the U.S. Senate – cited allegations of racism as his justification for casting the deciding votes against the nominees.  And in both cases Scott waited until the last minute to raise his objections (sinking the nominees after he voted to advance their nominations to the floor of the chamber). 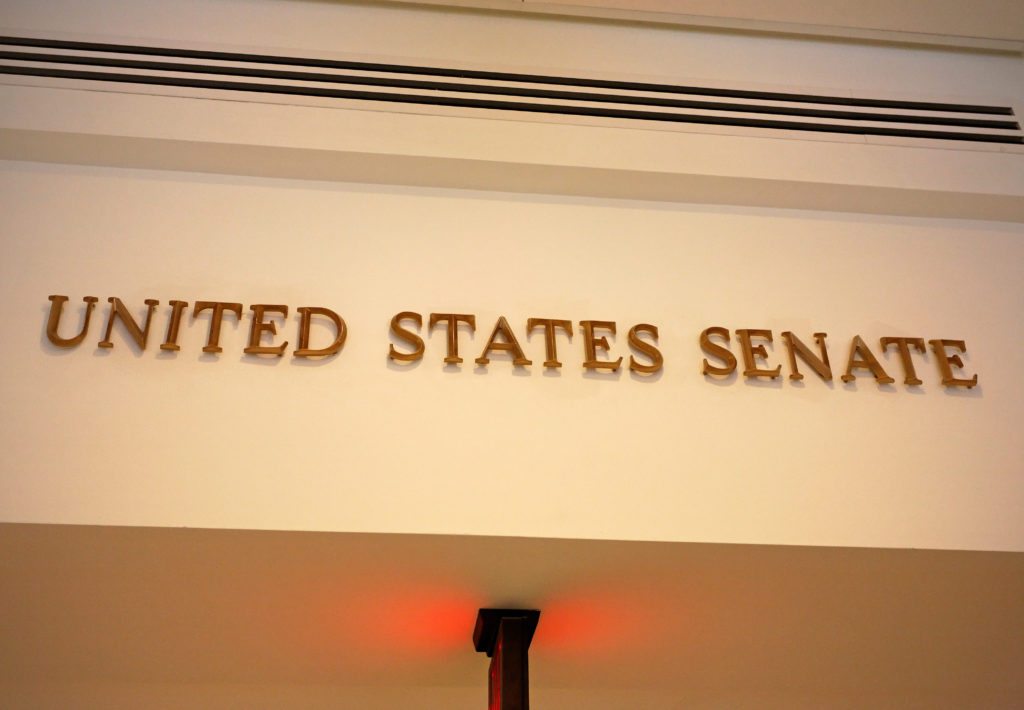 Needless to say, such tactics were not favorably received by his GOP colleagues – or by the conservative coalition now arrayed against him.  Nor, for that matter, have they been greeted warmly by a growing number of Scott’s constituents back home in bright red South Carolina.

But the coalition letter is what really got the fireworks started … igniting a furious debate over the veracity (or lack thereof) of the underlying allegation against Farr.

“We cannot sit back and allow ourselves and those who share our beliefs to be unjustly and unfairly condemned as racists for believing that Republicans are entitled to be represented in litigation involving redistricting, election law and voter integrity,” the letter’s signatories wrote, arguing that Scott’s ongoing and allegedly unfounded opposition to Farr would “besmirch a very fine and talented man’s honor and his professional and personal reputation that has stood untarnished for more than thirty years.”

Scott’s response?  He went into orbit.

“For some reason the authors of this letter choose to ignore facts, and instead implicate that I have been co-opted by the left and am incapable of my own decision making,” Scott said in a terse statement provided to reporter Emma Dumain of McClatchy.  “Why they have chosen to expend so much energy on this particular nomination I do not know, but what I do know is they have not spent anywhere near as much time on true racial reconciliation efforts, decrying comments by those like Steve King, or working to move our party together towards a stronger, more unified future.”

As they say in South Carolina, “them’s fightin’ words.”

Amidst all the clamor, though, what is the truth?

The letter-writers accused Scott of making “baseless inferences” in his rebuke of Farr.  Are they correct?

To answer that question, we need to go to the source(s).  Farr was accused – inaccurately, it would appear – of participating in efforts to intimidate black voters during the 1990 U.S. Senate campaign of the late Jesse Helms.  In fact, a U.S. Department of Justice (DOJ) memo originally used to implicate him in this scandal appears to absolve him from any role in the voter suppression efforts undertaken by the Helms campaign that year.

Specifically, the memo revealed that Farr repeatedly advised against the voter suppression efforts – on legal and practical grounds.  Confronted with this information, Scott’s office reportedly relied on a footnote to the memo referencing Farr’s involvement in Helms’ 1984 campaign – which did not draw the attention of the DOJ.  According to that footnote, Farr was the “primary coordinator” of a similar “ballot security” initiative – “including a postcard mailing to voters in predominantly black precincts which was designed to serve as a basis to challenge voters on election day.”

That statement is also being challenged as false.  According to a letter sent to Scott by Tom Fetzer, a senior advisor to Helms back in the early 1980s, Farr was “in no way … part of the strategic decision making team on that campaign.”

“He was one of our legal team, and a junior member at that,” Fetzer wrote.

“Whoever said Tom Farr was a chief strategist in senator Jesse Helms’ 1984 campaign meant to mislead you,” Wrenn wrote in a recent letter to Scott. “During the campaign, I never recall Tom Farr attending a strategy meeting, a poll briefing, or approving a TV or radio ad.”

“I hope you will ask Lee Rubin, or whoever made that statement, for proof,” Wrenn continued.  “Their answer would make it clear that, while they claim to be fighting racism, they’ve just given us another example of what’s wrong with politics.”

Lee Rubin, a registered Democrat in California, is the author of the DOJ memo.  A former assistant U.S. attorney for the District of Columbia, he has financially supported a host of liberal Democrats including Barack Obama, Hillary Clinton and current Democratic Party chairman Tom Perez.

Why is Scott taking his word as gospel on these matters?  Good question …

Rubin spoke earlier this month with Cleta Mitchell , a prominent Republican attorney based in Washington, D.C.  Mitchell is a Farr supporter, and one of the signatories on the conservative letter to Scott that sparked last month’s dust-up. 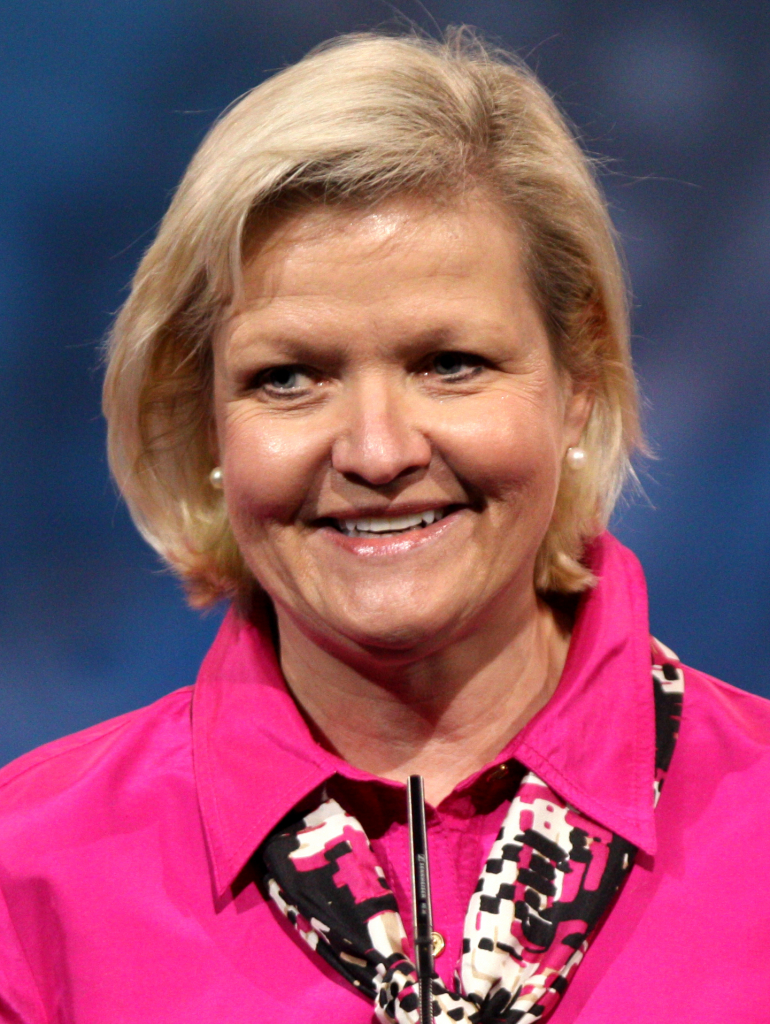 During their conversation, Rubin told Mitchell (above) that he had “no independent recollection of any of the facts” related to the DOJ memo – and that after it was leaked to the media he told a group of U.S. senators that they would have to “extrapolate” for themselves the truth about Farr.

With the exception of Scott, every other GOP senator “extrapolated” that he was fit for the job.

As for Mitchell, she pulled no punches in her assessment of Scott’s “extrapolation.”

“Tim Scott has publicly and falsely impugned Tom Farr’s character, saying in multiple public statements that Farr has a ‘dubious’ history of race relations … and that (the) GOP shouldn’t have put forward his nomination for that reason,” Mitchell told us.

According to Mitchell, Scott “has falsely accused Tom Farr of racial bias and cannot back it up with a single fact.”

Her explanation for what happened?  Farr is a victim of “guilt by association” given his proximity to Helms.

“Senator Scott does not have a real reason to do this as all his arguments are demonstrably false. And they have changed over time,” Mitchell said.  “I believe that Tom Farr is being blocked for one simple reason: He was attorney to senator Jesse Helms’ campaign.  And senator Scott has been pressured by the left who argue that a lawyer who worked for Jesse Helms cannot be a federal judge.  I think that is the real reason and all these other arguments which are easily disproven are a smokescreen.  It is guilt by association, pure and simple.”

As noted in our prior coverage, we have reached out to Scott’s press office in Washington, D.C. in the hopes of incorporating the senator’s perspective into our reporting – but so far we have not received any response from his staff on this subject.  In the event we do hear from Scott’s office, however, we will update our coverage accordingly.  Also, our microphone remains available to Scott whenever he wishes to substantively address this issue – or any other issue – unedited and unfiltered.

Of interest?  We did receive a message from one of Scott’s top South Carolina supporters shortly after publishing a story on some recent race-related, state-level judicial drama.  In our post last week, we defended GOP lawmakers in the S.C. House of Representatives for their decision to shoot down the state court of appeals nomination of judge Alison Lee – who was similarly denied a spot on the federal bench a few years ago after some dubiously lenient bonding decisions involving individuals accused of violent crimes.

Lorenzo Bernard Young, one of the individuals who received leniency from Lee, went on to murder Kelly L. Hunnewell – a 33-year-old single mother of four young children – while he was free on the reduced bond she set for him.

Scott (correctly) opposed Lee’s nomination to a U.S. district court seat largely on the basis of this incident.

“So you praise Tim for his judgment in (defeating) Lee yet you keep handing over your microphone to these whack-a-doodles who are beating him over the head for his judgment on Farr,” Scott’s supporter wrote to us. “Then you keep saying you ‘respect his judgment’ on it.  Please. If you really respected his judgment you would stop allowing the credibility (of) your site to be debased by those who are stirring this pot.”

Indeed, we have frequently written that “we respect Scott’s right to vote his conscience even when we disagree with him.”  But we also feel there is a credible case to be made that Scott has erred in his decision …