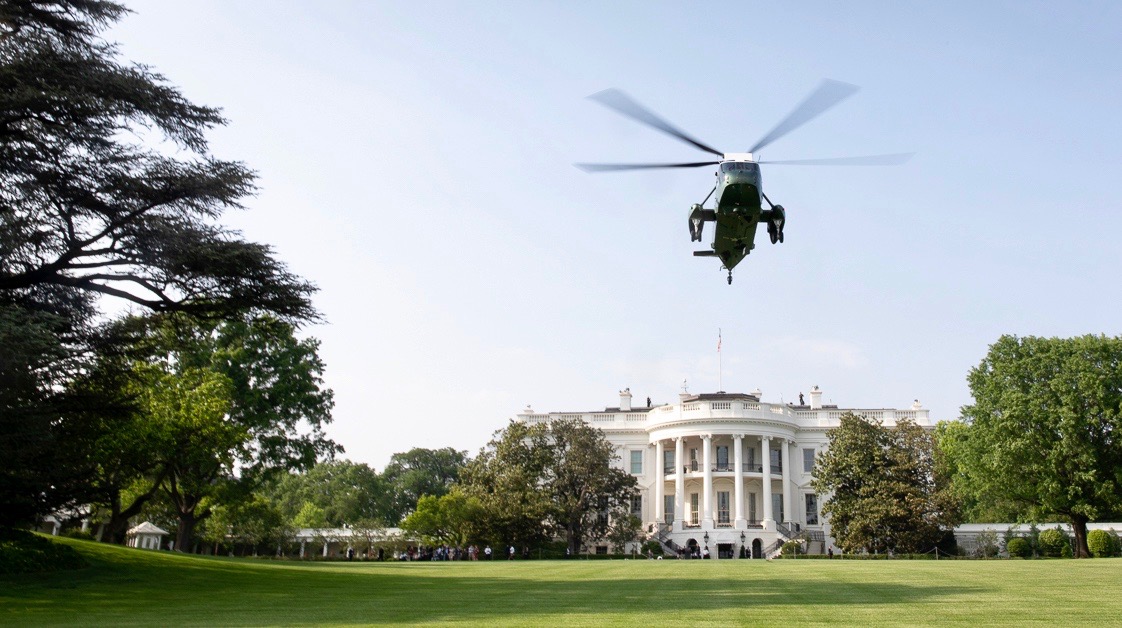 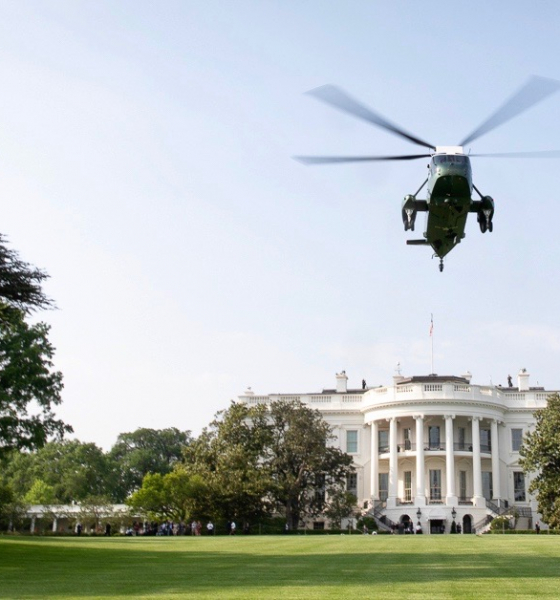 The administration of U.S. president Donald Trump was shaken to its very foundations this week by the publication of an anonymous opinion editorial (a.k.a. “op-ed”) piece in The New York Times.

The author of the bombshell document – described as “a senior official in the Trump administration” – claimed to be part of “a quiet resistance within the administration of people choosing to put country first.”

Their piece sparked a furor in Washington, D.C. – over the insults hurled at Trump as well as a parlor game over their identity.

According to the author, a group of administration officials have collectively vowed to “preserve our democratic institutions while thwarting Mr. Trump’s more misguided impulses until he is out of office.”

“The president continues to act in a manner that is detrimental to the health of our republic,” the author claimed.

“The root of the problem is the president’s amorality,” they continued.  “Anyone who works with him knows he is not moored to any discernible first principles that guide his decision making.”

The author goes on to allege that any successes of the Trump administration “have come despite – not because of – the president’s leadership style, which is impetuous, adversarial, petty and ineffective.”

“Meetings with him veer off topic and off the rails, he engages in repetitive rants, and his impulsiveness results in half-baked, ill-informed and occasionally reckless decisions that have to be walked back,” they wrote.

The main policy thrust of the anonymous op-ed?  Russia …

Take foreign policy: In public and in private, President Trump shows a preference for autocrats and dictators, such as President Vladimir Putin of Russia and North Korea’s leader, Kim Jong-un, and displays little genuine appreciation for the ties that bind us to allied, like-minded nations.

Astute observers have noted, though, that the rest of the administration is operating on another track, one where countries like Russia are called out for meddling and punished accordingly, and where allies around the world are engaged as peers rather than ridiculed as rivals.

On Russia, for instance, the president was reluctant to expel so many of Mr. Putin’s spies as punishment for the poisoning of a former Russian spy in Britain. He complained for weeks about senior staff members letting him get boxed into further confrontation with Russia, and he expressed frustration that the United States continued to impose sanctions on the country for its malign behavior. But his national security team knew better – such actions had to be taken, to hold Moscow accountable.

This heavy focus on Russia has led many to speculate that the oped is the handiwork of U.S. ambassador to the United Nations Nikki Haley – who has been essentially sidelined by Trump since sparring with him over Russian sanctions earlier this year.  In fact, many have speculated that Haley has been trying to get fired in the months since Trump put her on a short leash (again).

Others claim the piece was the handiwork of U.S. vice president Mike Pence – who is known to use the term “lodestar,” a reference to guiding celestial lights that was invoked by the author of the oped in praise of the late U.S. senator John McCain of Arizona. 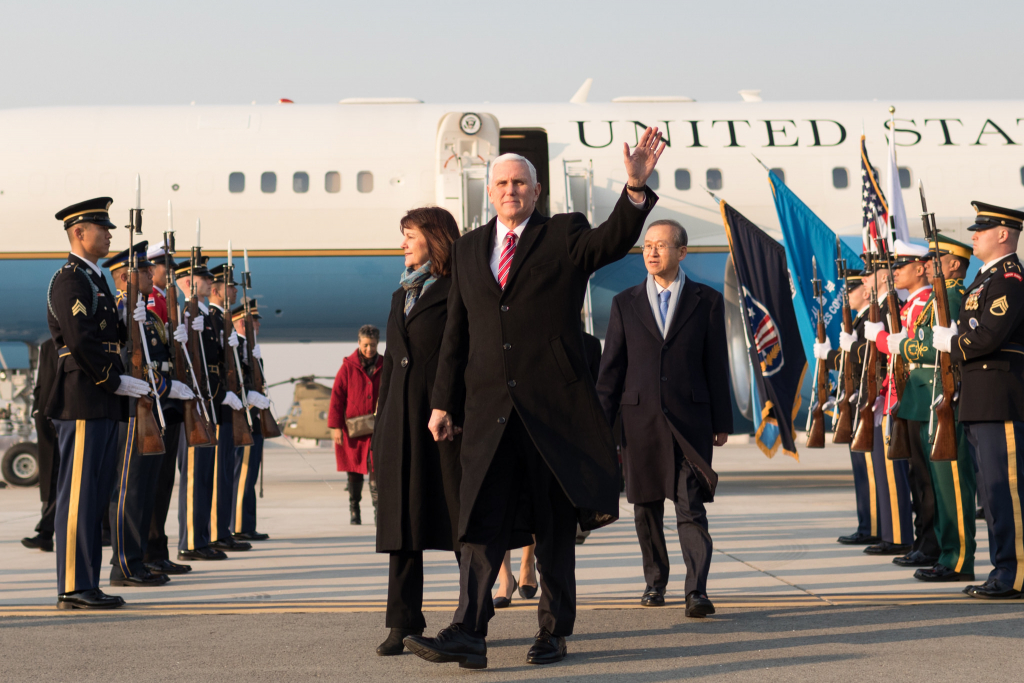 “The vice president puts his name on his op-eds,” spokesman Jarrod Agen tweeted.  “The Times should be ashamed and so should the person who wrote the false, illogical, and gutless op-ed. Our office is above such amateur acts.”

Not coincidentally, both Pence and Haley have been discussed as possible “Republican” rivals to Trump in 2020 – should conditions warrant.

Another theory is that the op-ed was written by “Republican” political consultant Jon Lerner – a rabidly neoconservative #NeverTrumper who has worked for Haley, Pence and former “Republican” presidential candidate Marco Rubio.

Rubio, incidentally, had one of the more reasoned responses to the publication of the anonymous op-ed.

“America has one duly elected president,” he tweeted.  “Anybody serving at his pleasure should do so faithfully.  When they feel they no longer can, they should resign (and) speak in their own name so the country can evaluate their insights with a full understanding of where they are coming from.”

We rarely agree with the left-leaning senator from Florida, but in this case he is absolutely correct.

Of course we do not begrudge the Times for running the column … we would have done the same thing in their shoes.

Returning to Lerner, though, he briefly stepped into the national spotlight back in April when Pence hired him to be his national security advisor – a move that was vetoed by Trump.

“My theory? Lerner wrote (the Times) op-ed,” one of Haley’s early South Carolina supporters told us.  “Maybe for Pence but probably for Nikki, who will have her ‘anti-Trump’ cred tucked away for the appropriate ‘reveal.'”

Haley’s presidential ambitions are an open secret in Washington, and the sort of retroactive reveal described above makes sense.

Given recent improvements in economic conditions – and the ongoing failure of the #NeverTrump Russian narrative to take hold – now is not the best time for a GOP rival to openly challenge the administration.

Whoever wrote the piece (and whatever their short- or long-term motivations were), it appears to have had the desired effect on Trump …

Does the so-called “Senior Administration Official” really exist, or is it just the Failing New York Times with another phony source? If the GUTLESS anonymous person does indeed exist, the Times must, for National Security purposes, turn him/her over to government at once!

Meanwhile, White House press secretary Sarah Sanders referred to the author of the piece as a “coward,” one who was “not putting country first, but putting himself and his ego ahead of the will of the American people.”