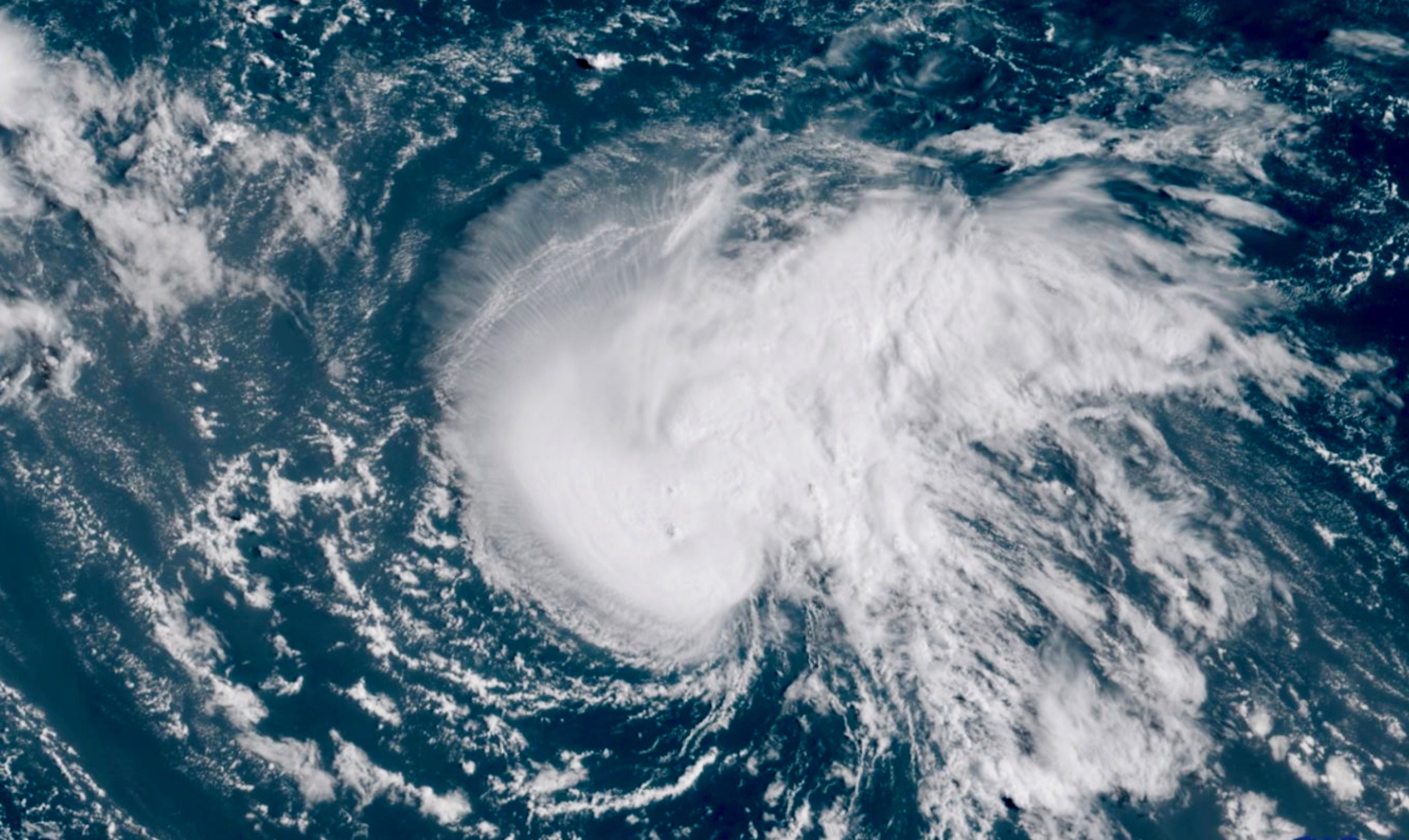 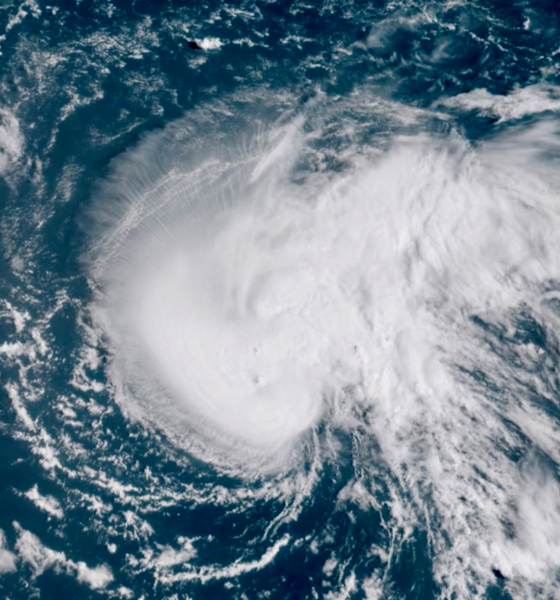 Hurricane Florence is more than 1,500 miles away from the coast of the Carolinas.  And technically isn’t even a hurricane at the moment.

The first major tropical system of the 2018 season, Florence was downgraded to tropical storm status earlier this week.  She is only registering maximum sustained winds of 65 miles per hour at the moment.

Because “the moment” isn’t going to last …

“Rapid intensification is expected to start on Sunday, and Florence is forecast to be a major hurricane by Tuesday,” noted the 11:00 a.m. AST Saturday advisory for the storm from the National Hurricane Center (NHC) in Miami, Florida.

Not only is Florence projected to become a major hurricane again, she is drawing a bead on the coastline of the Carolinas – with the center of her current forecast track cutting a swath directly through the Palmetto State.  And while we are still at least five or six days away from a possible landfall, the storm has already encompassed the entirety of the South Carolina coast within its “forecast bubble” – prompting S.C. governor Henry McMaster (below) to declare a state of emergency in anticipation of its arrival. 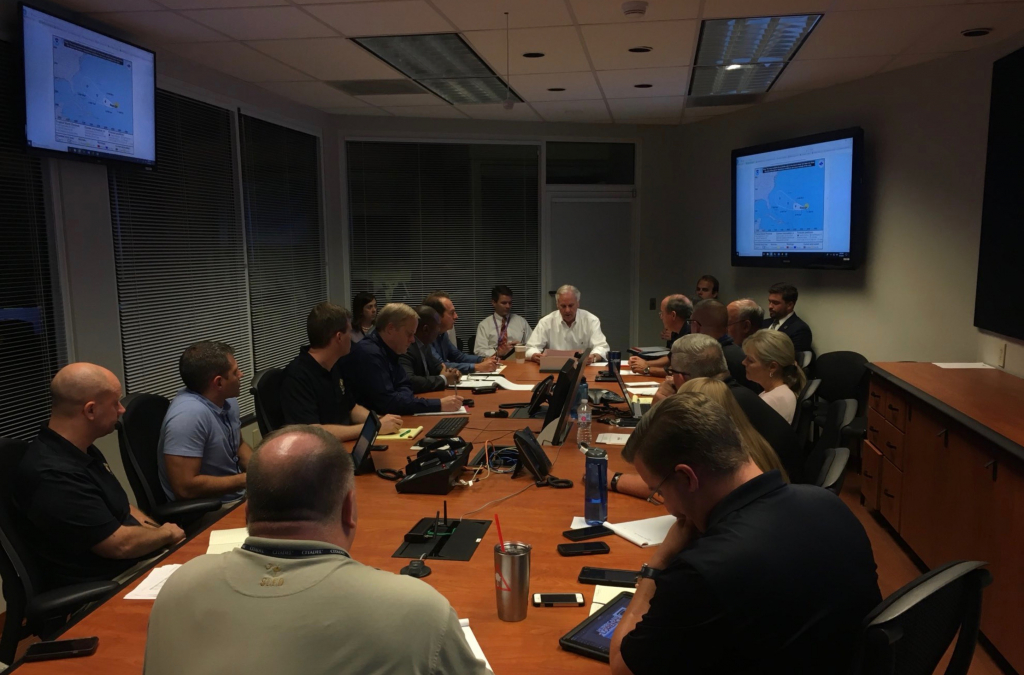 “We are preparing for the worst, and of course hoping for the best,” McMaster said in announcing his declaration.

That reminds us: As our way of injecting a moment of levity in an otherwise tense situation, today is the one-year anniversary of McMaster famously telling reporter Ashleigh Holland of WIS TV 10 (NBC – Columbia, S.C.) that he was searching for the “brain” of Hurricane Irma.

Here is the NHC’s latest forecast bubble for Florence … 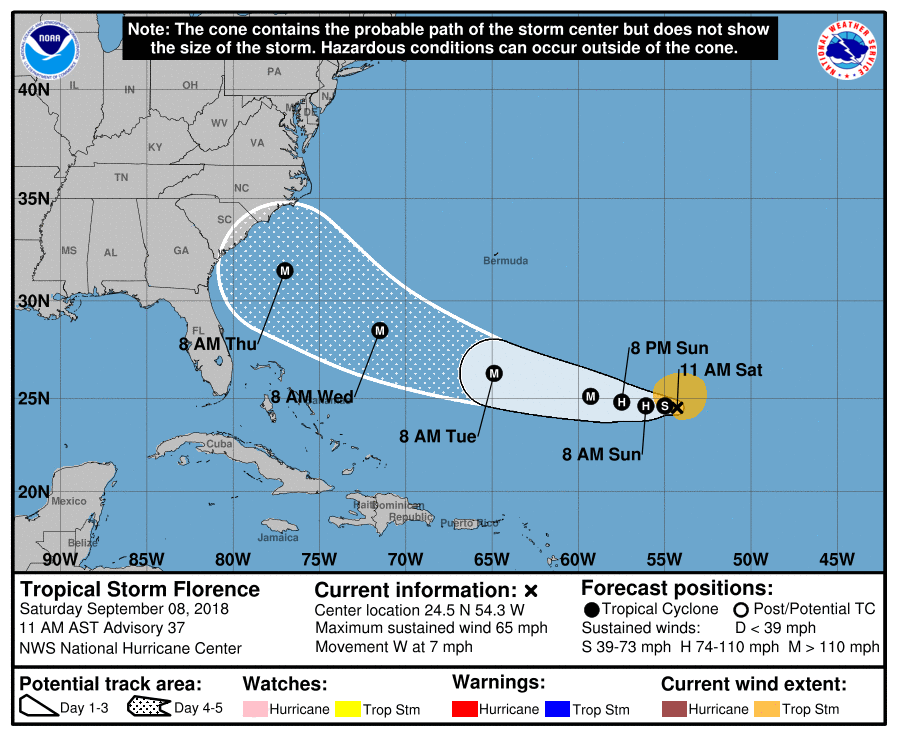 And courtesy of BoatUS.com, one of the best storm-tracking websites out there, here is its latest projected forecast track …

As you can see, with every hour that passes Florence’s window for a northward turn closes a little bit further – making it increasingly likely that the full force of her category four fury will descend upon the Carolinas late next week.

Again, these cones and tracks are subject to change … but if things remain as they are we are looking at a potential worst-case scenario situation for South Carolina: A category four storm making landfall somewhere along the center of our 187-mile shoreline.

Florence is expected to strengthen for several reasons.  First, she is moving into warmer waters … which provide hurricanes the “fuel” they need to intensify and expand.  Second, as she moves toward the coast she is being subjected to decreasing amounts of vertical wind shear – which had worked over the last few days to flatten the system and disrupt its upper circulation, causing it to weaken.

With those forces no longer impacting the system, her circulation should become more defined.

As we noted in our coverage yesterday, if you live in the Palmetto State now would probably be a good time to download the 2018 South Carolina Hurricane Guide (.pdf), published by the S.C. Emergency Management Division (SCEMD).  And if you live in a coastal area, now would probably also be a good time to start familiarizing yourself with evacuation routes and making contingency plans for next weekend in case you need to leave your home.

Prior to Florence’s arrival on the scene it had been a quiet season in the Atlantic – in marked contrast to the previous year.  In 2017 there were 17 named storms including ten hurricanes and six major hurricanes.  Three of those storms – Harvey, Irma and Maria – did catastrophic damage to America and rewrote the Hurricane record books.

Harvey was the first major hurricane to hit the United States since Wilma in 2005, and is tied with 2005’s Hurricane Katrina as the costliest hurricane to ever hit our mainland.  The storm – which killed 106 Americans – also dumped 60.5 inches of rain on the state of Texas, a new record.

Two weeks later, Irma slammed into the Florida Keys with similar ferocity – then sliced northward through the Sunshine State on a path that ultimately left 92 Americans dead.  It was the first time in recorded history that two storms of such intensity made landfall in the same season.

South Carolina has seen more than two dozen hurricane landfalls since 1893 – the most infamous being Hurricane Hugo, which came ashore just north of Charleston, S.C. as a category three storm in 1989.  Hugo did $10 billion in damage and killed 35 South Carolinians.