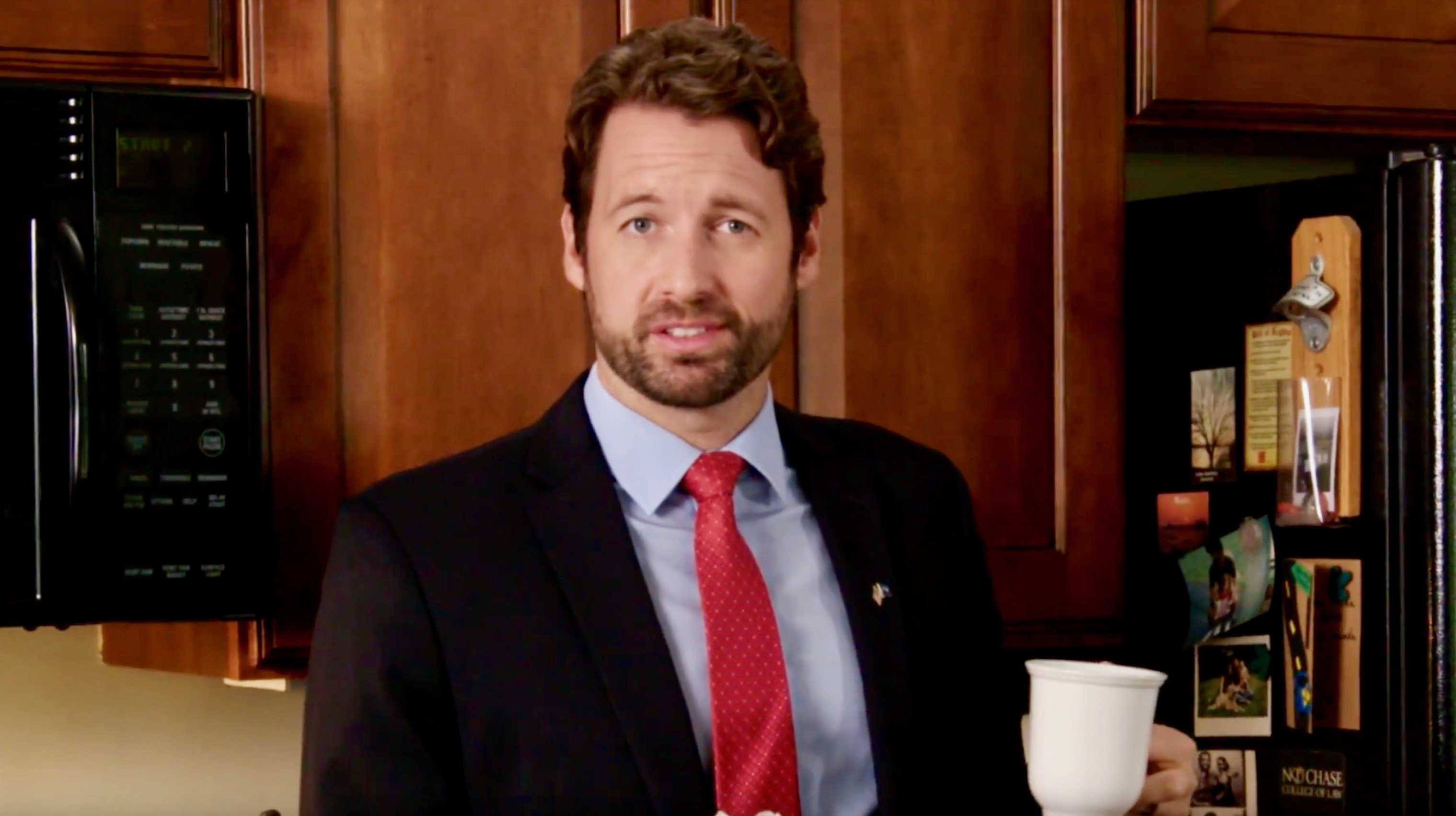 Cunningham’s advertising buy – first reported by The Charleston City Paper – is anemic (only around $20,000).  In other words, it will barely register as a blip on the radar in his race against GOP nominee Katie Arrington, who became a political sensation in the Palmetto State (and beyond) after upsetting incumbent “Republican” Mark Sanford in June.

Of course, Cunningham isn’t buying this television time to influence the handful of viewers who may see his spot once or twice over the next few days … he is buying it in an attempt to draw media attention to his candidacy.

“This is an earned media buy,” one political strategist told us, implying that Cunningham is running the low-budget ad for the sole purpose of generating coverage for his campaign in mainstream media outlets. “It’s all about getting favorable articles written about his candidacy.”

Wait … did we just fall for the trap?

And we thought it was The (Charleston, S.C.) Post and Courier that was in the tank for this guy?

“Do you start your day nervous to look at the news?”  Cunningham asks in the 30-second clip.  “Does watching all the dishonesty, incompetence and partisanship in Washington make your blood boil? ”

You know, this spot has all the makings of a good ad.  The dog is cute.  The baby is cute.  And the candidate and his wife are both exceedingly attractive.  Also, Cunningham talks about his love of term limits and the need for new leadership in “both parties.”

This should be a home run, right?

Indeed … but after Cunningham cut some inventive internet ads earlier in this race, something about this offering falls flat.

Seriously … press the mute button on this spot (and take away the political subtitles) and you’d think you were watching a commercial for Cialis.

Are we being too harsh?   Maybe it’s just that South Carolina Democratic gubernatorial nominee James Smith set an unattainably high bar with his well-produced post-Labor Day introductory spot … but we are just not feeling this advertisement from Cunningham.

The real question, though, is whether national Democrats are feeling it.   That may be the real reason for this trial balloon – an effort by Cunningham to court national money from liberal leader Nancy Pelosi and the Democratic Congressional Campaign Committee (DCCC) by highlighting his viability as a candidate.

Without national “progressive” support, Cunning stands little chance of defeating Arrington – who has strong local backing in a district that has been reliably “Republican” for decades (and which looks to be increasingly safe as the so-called “blue wave” fails to materialize in advance of the November midterms).

Meanwhile, Arrington’s compelling personal narrative (she worked her way up from the night shift at Denny’s to running a successful business) added another poignant chapter when she survived a horrific car crash just days after her upset win over Sanford.

Bottom line?  This race – which seemed to be shaping up as a golden opportunity for Democrats – is looking increasingly like a GOP lock.  And our guess is Cunningham’s launch of an “air war” won’t do anything to move the needle.