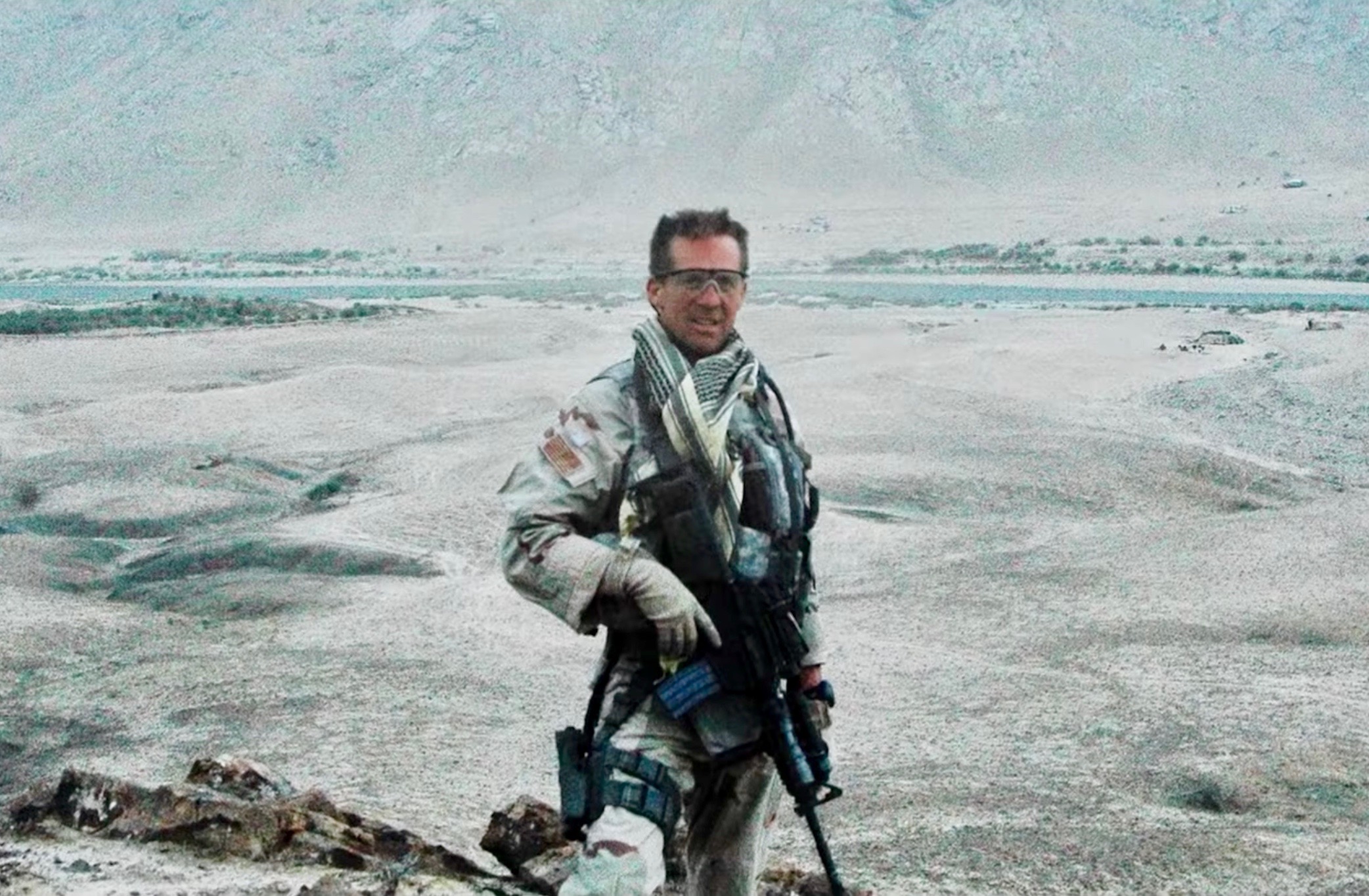 Under fire from national “Republicans,” South Carolina Democratic gubernatorial nominee James Smith sought to define himself as a battle-tested warrior as the race for governor of the Palmetto State embarked upon its post-Labor Day stretch run.

As the long holiday weekend concluded, the fifty-year-old former S.C. House majority leader unveiled a sixty-second introductory television spot entitled “The Call” – which focused almost exclusively on his military service.  Narrated by his wife, Kirkland Smith, the spot recalled how Smith came under fire from Taliban soldiers during his 2007-2008 deployment to Afghanistan – during which he earned a Bronze Star, Combat Infantryman Badge and Purple Heart.

Smith’s medals didn’t make it into the ad (an omission in our view), but the spot did include some nifty “color coordination.”

That could wind up casting an even more effective shade of purple on the upcoming race – which saw establishment incumbent Henry McMaster struggle to unify the “Republican” base.

“It began when my husband James answered a call from his president,” Kirkland Smith said as the ad cut to Bush’s famous quote from ground zero in the aftermath of the September 11, 2001 terrorist attacks.

“The people who knocked these buildings down will hear all of us soon,” Bush said.

Smith’s military service is indeed a compelling narrative.  For those of you unfamiliar with the story, prior to 9/11 he was an officer in the S.C. Army National Guard.  Rather than retaining his rank and remaining “in the rear with the gear” – or getting some cushy desk job deployment like U.S. senator Lindsey Graham – Smith resigned his commission and entered basic training.

He was eventually deployed to Afghanistan in February of 2007 as an infantry officer, and spent twelve months on the front lines of Operation Enduring Freedom.

“Now James is answering another call: to run for governor, to put country and South Carolina before politics,” his wife said in the spot.

While we could quibble about script details and narrative progression, the bottom line is this ad is precisely the sort of introductory spot “Republicans” were fearing from Smith – which is no doubt why they launched a preemptive strike against his candidacy last week.

They know his campaign has the potential to pull off an upset in November … and they know his service is a big reason why.

Smith is – on television, anyway – the Democrats’ dream candidate.  And his telegenic, charismatic and ideologically moderate running mate – state representative Mandy Powers Norrell – is the perfect No. 2.

Just wait until you see her on television, people …

On the GOP side, McMaster struggled mightily to win his party’s nomination – narrowly edging businessman John Warren of Greenville, S.C. in a “Republican” runoff election in June.  In a race he should have won in a walk, McMaster was forced to rely on out-of-state dark money and late support from U.S. president Donald Trump to drag him across the finish line.

Warren has yet to endorse McMaster’s general election campaign, incidentally.  Neither has Catherine Templeton, a Lowcountry labor attorney and two-time cabinet appointee of former S.C. governor Nikki Haley who finished third in the GOP primary election.

So … can Smith beat McMaster?

Assuming he survives his recent ballot snafu the answer is … probably not.

As we have noted ad nauseam, even the best Democratic ticket faces a near-impossibly narrow path to victory in South Carolina – which hasn’t elected a Democrat statewide in a dozen years and hasn’t elected one governor in nearly two decades.

Smith’s backers are confident, though.

“James is going to win,” one of his leading fundraisers told us.  “We are on a roll.  With a top ad agency and this best-of-the-election-cycle ad, James has shown he is in it to win it.”