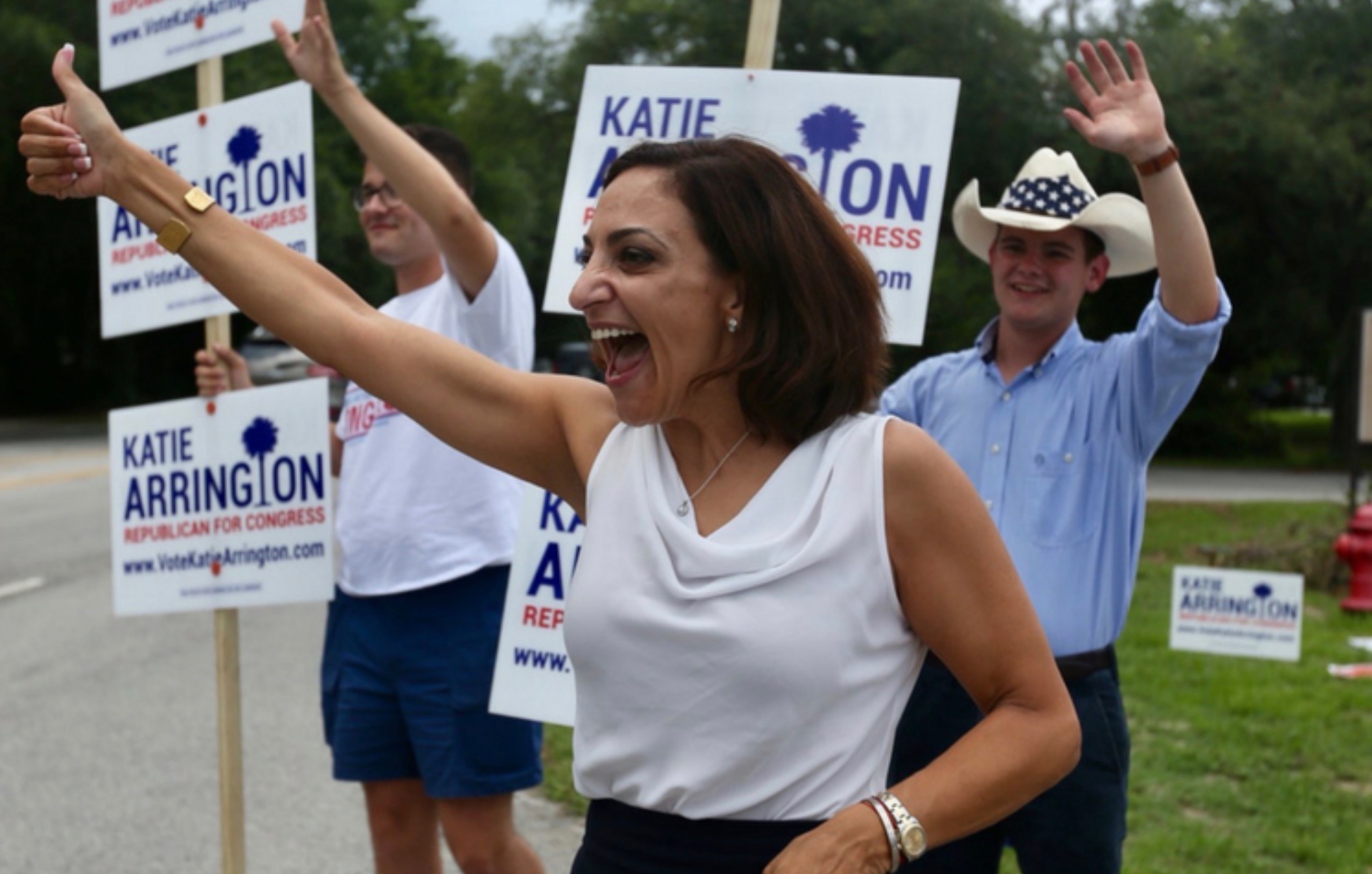 The 47-year-old businesswoman – who nearly died two months ago when the vehicle in which she and a friend were traveling was struck by a drunk driver – was endorsed on Thursday by sheriffs Al Cannon (Charleston County), Duane Lewis (Berkeley County), R.A. Strickland (Colleton County), L.C. Knight (Dorchester County) and P.J. Tanner (Beaufort County).

“There is absolutely no doubt that Katie Arrington will always support our Law Enforcement Officers,” Cannon said. “From her time at the State House, she has shown that she stands with law enforcement and that she is committed to providing the necessary tools for LEO’s to do their jobs successfully and safely.”

Not only did these sheriffs back Arrington’s bid, they made it abundantly clear the party of her opponent – environmental lawyer Joe Cunningham – is out of line in attacking law enforcement, especially the U.S. Immigration and Customs Enforcement (ICE) division of the Department of Homeland Security (DHS).

“While the Democrats in Congress push to abolish ICE and insult the men and women who protect our community, Katie Arrington stands proudly with our men and women in uniform,” Knight said in his endorsement. 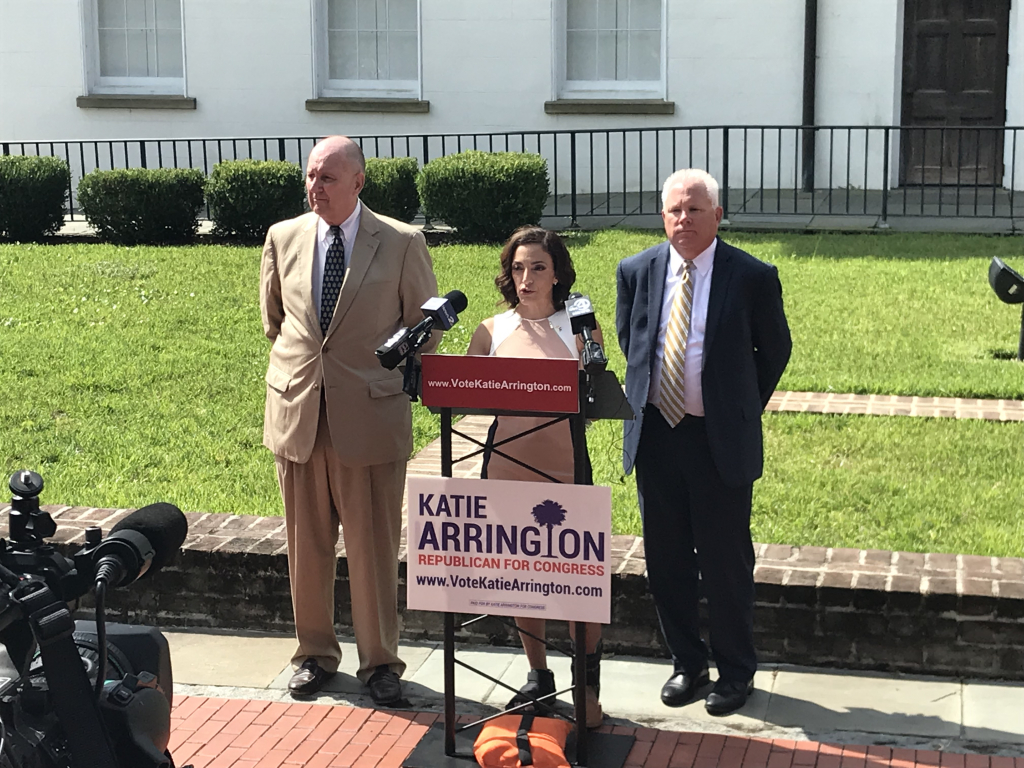 As noted in our prior coverage, this issue has emerged as a lightning rod in the Palmetto State this year.

ICE officers – who are responsible for enforcing our nation’s immigration laws – have come under fire from politicians and mainstream media outlets loyal the far left, a cabal which supports perpetually open borders as part of a massive expansion of the American welfare state (and the swelling of Democratic voter rolls).

Arrington?  She’s not down with that …

“The men and women who wear a badge are heroes who deserve our respect and appreciation,” Arrington said. “While DC Democrats may attack law enforcement, I wholeheartedly stand with our Lowcountry officers and their families.”

Arrington’s connection to law enforcement is even more personal in the aftermath of the accident that nearly took her life.  Last month, she met with the officers and first responders who attended to her and her friend following that tragedy – creating a connection that transcends politics.

What about her opponent?

Cunningham has generically claimed he supports ICE, but he has refused to say how he would have voted on H.R. 990 – a resolution supporting “the officers and personnel who carry out the important mission of (ICE).”

Most Democrats voted “present” on that resolution.  Many voted against it, however.

Cunningham has also refused to say whether he would support proposed Democratic bills aimed at abolishing ICE.  Nor has he repudiated radical anti-law enforcement rhetoric from ranking House Democrats like U.S. congressman Keith Ellison of Minnesota.

Arrington is clearly looking to make this a critical demarcation line in the November election, just as Cunningham (with an assist from the potentially conflicted newspaper of record in this race) is hoping to drive the narrative around the issue of offshore drilling.

Democrats are struggling to gain traction in a race that was supposed to be a referendum on Mark Sanford – the scandal-scarred former South Carolina governor who has held this seat since May of 2013 and was expected to cruise to reelection this fall.

Things didn’t work out that way, though, as Arrington vanquished Sanford in the “Republican” primary back in June.

UPDATE: Well, well … Cunningham’s campaign strategist, Tyler Jones, just reached out to us asking us to “please update (our) story to include the fact that Joe Cunningham would have voted in favor of H.R. 990.”

Where In The World Is Todd Kincannon?