The website, entitled “Hypocrite Henry,” claims the Palmetto State’s governor “is just like every other career politician – he says one thing, but does another.”

“Conservatives have been betrayed by politicians like Henry McMaster for years,” Warren said in unveiling the site.  “We deserve a governor who will live up to the conservative principles the people of South Carolina believe in – that’s why I’m running for governor.”

According to Warren, McMaster (below) has talked the talk but failed to walk the walk on several issues: Abortion, ethics reform and cutting spending. 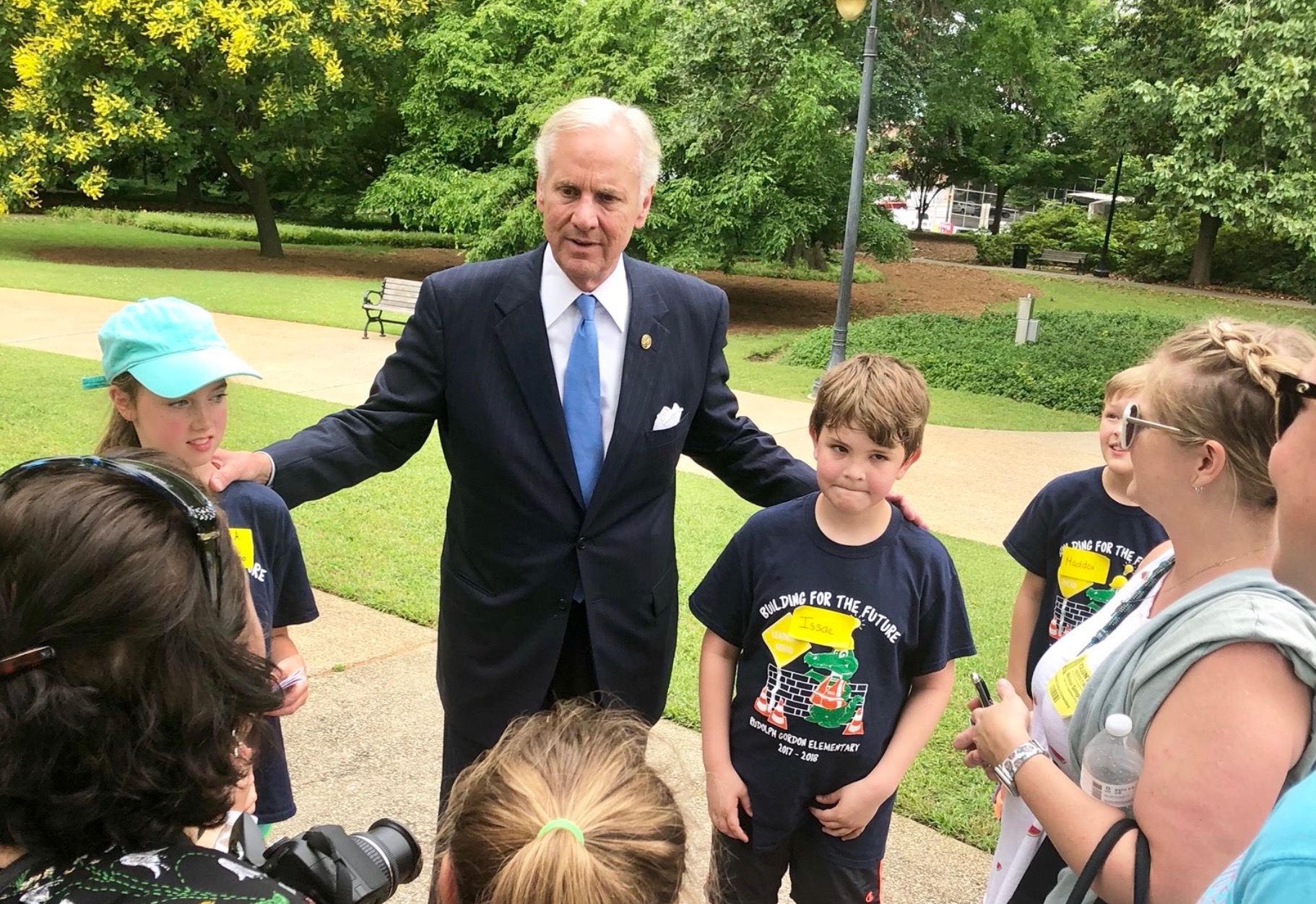 On abortion, Warren slammed McMaster for endorsing liberal S.C. Senate leaders Hugh Leatherman and Luke Rankin – both of whom joined with Democrats earlier this year in defeating a sweeping pro-life bill.

That shouldn’t really come as a surprise, though.  Both Leatherman and Rankin are Democrats … they just switched party labels when it became electorally convenient for them to do so.

Also it’s worth noting McMaster’s endorsements of both liberal politicians came before their votes on the abortion bill (not that we are in the business of defending the scandal-scarred, ideologically inconsistent incumbent).

On ethics reform, Warren recalled McMaster’s campaign contributions scandal from several years ago – as well as his 2016 run-in with former governor Nikki Haley over a watered-down ethics reform bill the latter was championing.

According to Haley, McMaster was responsible for “killing ethics reform.”

Is this a legitimate hit?  Yes and no …

McMaster was indeed badly exposed on the campaign contribution issue, but the ethics bill he allegedly “killed” was a joke.  In fact it would have done more harm than good.

Finally, on the spending front Warren criticized McMaster for going back on his word regarding the acceptance of a security detail during his tenure as lieutenant governor from 2015 to 2017.

That’s true … although we believe Warren could have found far more substantive fiscal hypocrisies with with to assail McMaster.

Still, we don’t argue with his conclusion …

“The last thing government needs is someone who can’t keep his word,” he said.  “We need a true conservative outsider with business experience to bring reform to Columbia.”

Warren’s supporters liked the site … but questioned his focus.  Rather than slamming McMaster, they said the 39-year-old Marine – whose military service is featured prominently in his ads – should be going after Lowcountry labor attorney Catherine Templeton.

Most internal polls we’ve been shown have Templeton solidly in second place in this race – receiving anywhere from 20-25 percent support among South Carolina GOP primary voters (McMaster is currently polling at or just below 40 percent).  Warren’s barrage of television ads have him climbing in the polls – but it remains to be seen whether he can catch Templeton prior to the June 12 primary date.

In a South Carolina partisan primary election involving more than two contestants, if no candidate receives a majority of votes on the first ballot – i.e. fifty percent plus one – then the top two finishers square off two weeks later in a runoff election.  Despite his campaign’s near-total lack of competence, McMaster is all but guaranteed of being in the runoff against either Templeton or Warren.

“Seems to me like Warren should be focusing on Templeton instead of Foghorn,” one Warren backer told us, referring to the governor’s famous nickname.  “Not sure I understand the strategy. He needs to focus on her. Henry is already vulnerable.”

And while several of Warren’s television ads have referenced “no-bid contracts” similar to those Templeton received during her tenure in former governor Haley’s cabinet, none of those spots have connected the issue to her.